Trimmer’s Lane is a small pedestrianised street that is situated in the heart of Wexford Town, next to the town centre. It starts at the end of Abbey Street and Temperance Row (outside of Selskar Abbey), before cutting through Selskar Street and meeting up with the end of Skeffington Street and O’ Rahilly Place. 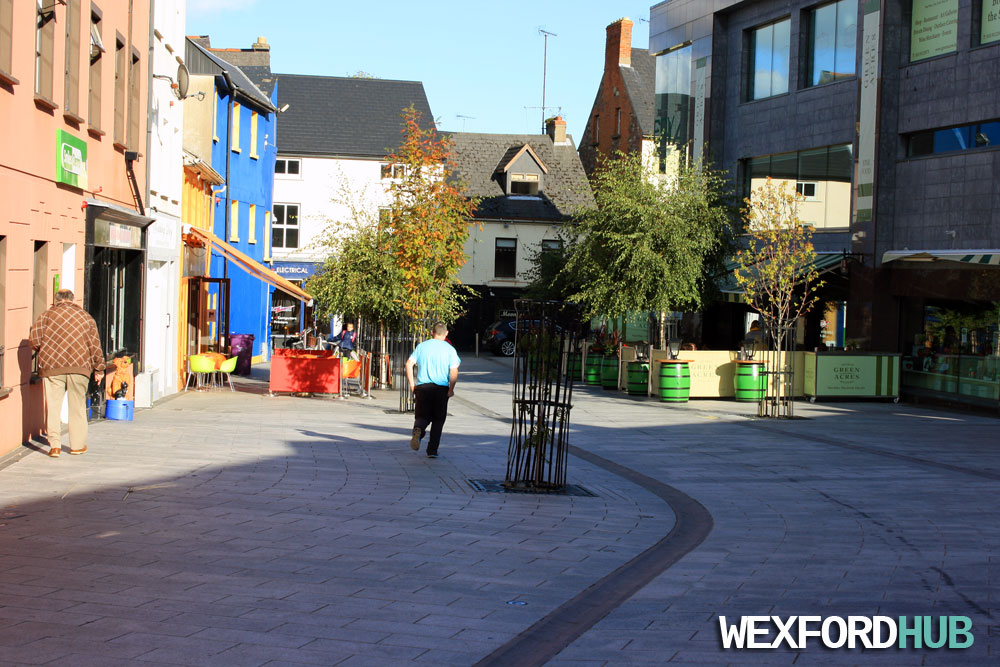 Pictured above: Trimmer’s Lane West, which contains local businesses such as Greenacres, FR2 Hairdressing, E O’Leary Barber Shop, The Holy Grail restaurant and Trimmer’s Lane Cafe. As you can see, the street has been pedestrianised. 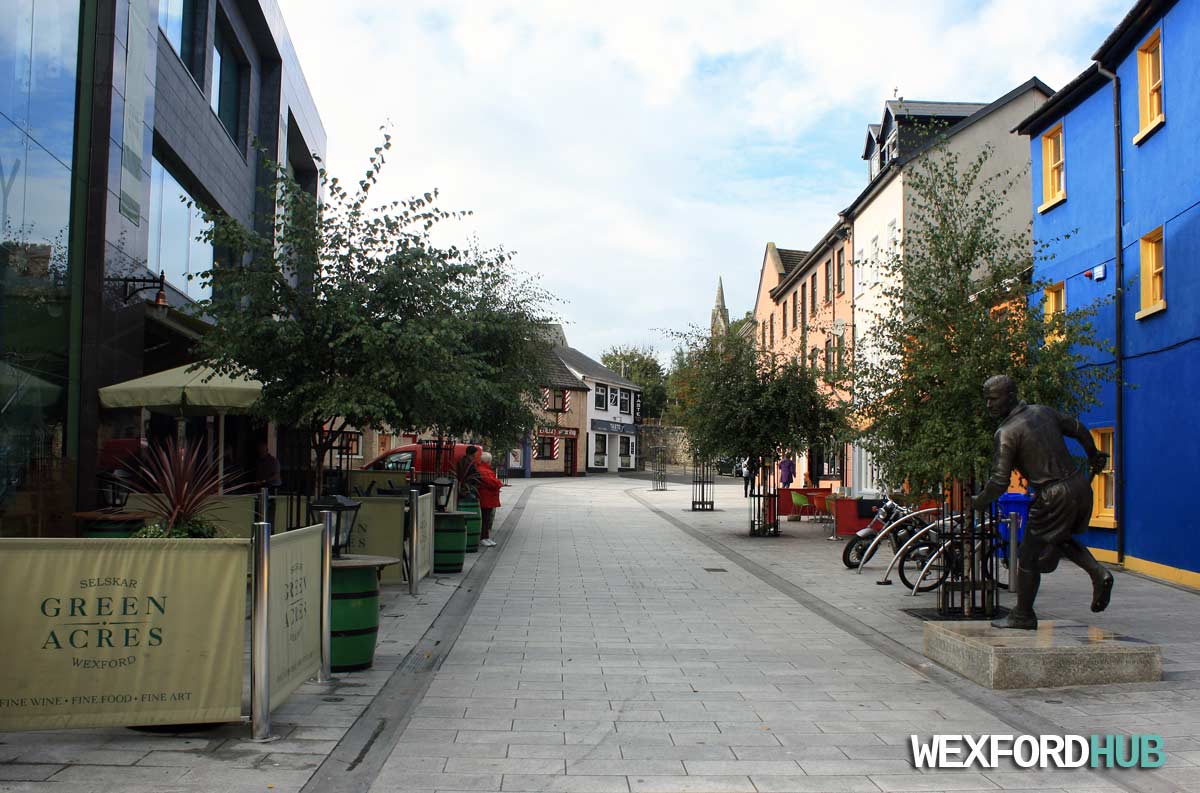 Above: To the right, you can see the bronze statue of Wexford hurling legend Nicky Rackard. On the left, you can see outside seating area for Greenacres.

Although the street is called Trimmer’s Lane, it should be noted that many people will simply refer to this part of the town as Selskar (after the Norman parish). Sometimes, it is specifically referred to as “Selskar Avenue” or “Selskar Square”. In the past, the area was also referred to as Wilson’s Lane.

The name originates from the term “Trimmer”, which was a name that was given to sailors who trimmed or distributed ballast material (this ballast material provided stability and balance to ships that weren’t carrying a load).

It should also be noted that Trimmer’s Lane is split up into two sections, both of which are divided by Selskar Street. While most people are referring to Trimmer’s Lane West (pictured above) when they mention the street’s name, it is important to clarify that Trimmer’s Lane East also exists, and that it is a small laneway that meanders down towards Wexford Quay and the end of Skeffington Street. 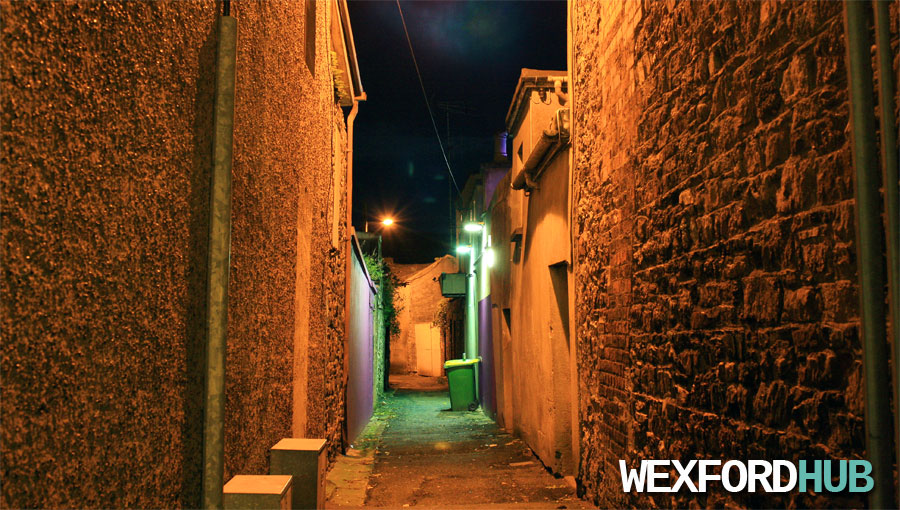 Pictured above: Trimmer’s Lane East at night time. In the past, this lane was home to the entrance of an ad-hoc Christmas shop that was run by a well-known Wexford man called George Bridges (sometimes loving referred to as Father Christmas or Wexford’s Santa).