Skeffington Street is a small street that is situated in the centre of Wexford Town. The street, which runs from Selskar Street to Wexford Quay, is mostly home to residential properties. 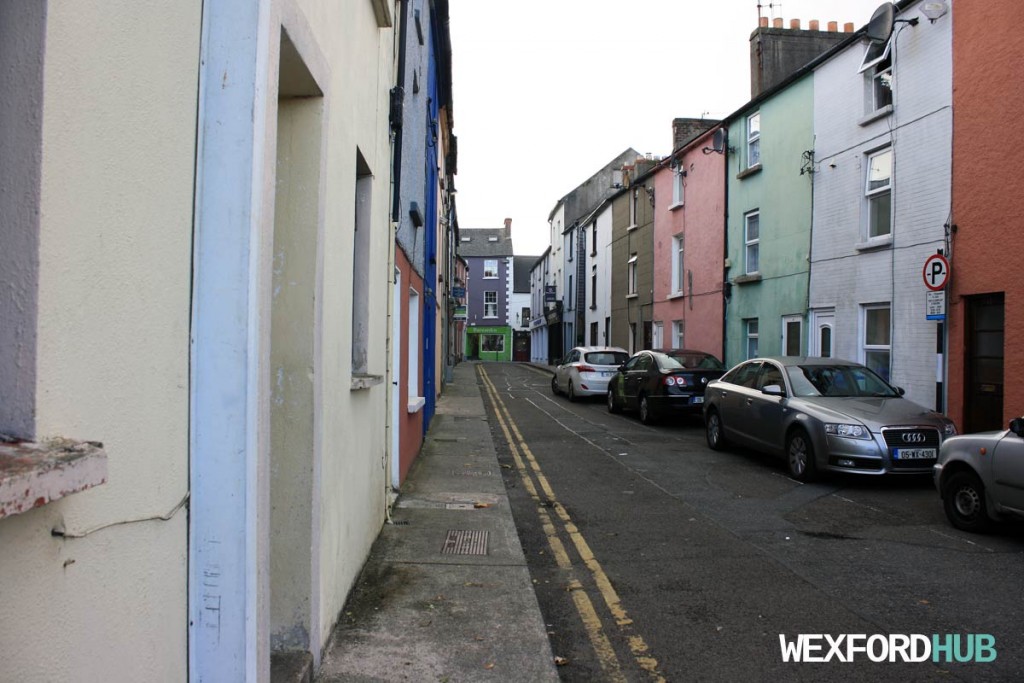 Pictured above: A photograph of Skeffington Street that was taken in October of 2014. The green retail outlet in the far distance is a charity shop called Barnardos.

The street was called Ram Street up until the start of the 1920s, when it was renamed as Skeffington Street in honour of Irish suffragist and writer Francis Sheehy-Skeffington. Sheehy-Skeffington was murdered by members of the British army in 1916 after he protested the “ad-hoc execution” of a young boy and Labour politician.

The original name Ram Street had been chosen in honour of Dr. Thomas Ram, who was the Bishop of Ferns. The street is labelled as Ram Street in OSI maps dating back to the 1800s.

At the end of the street, you will find a small pedestrian walkway that leads into the car park behind Sam McCauley Chemists, where the Wexford Library was located before it moved to Mallin Street. During the late 1990s, the Wexford Corporation discussed closing off this pedestrian link. However, it soon emerged that such a move would violate the lease agreement that it had with the owners of the car park. 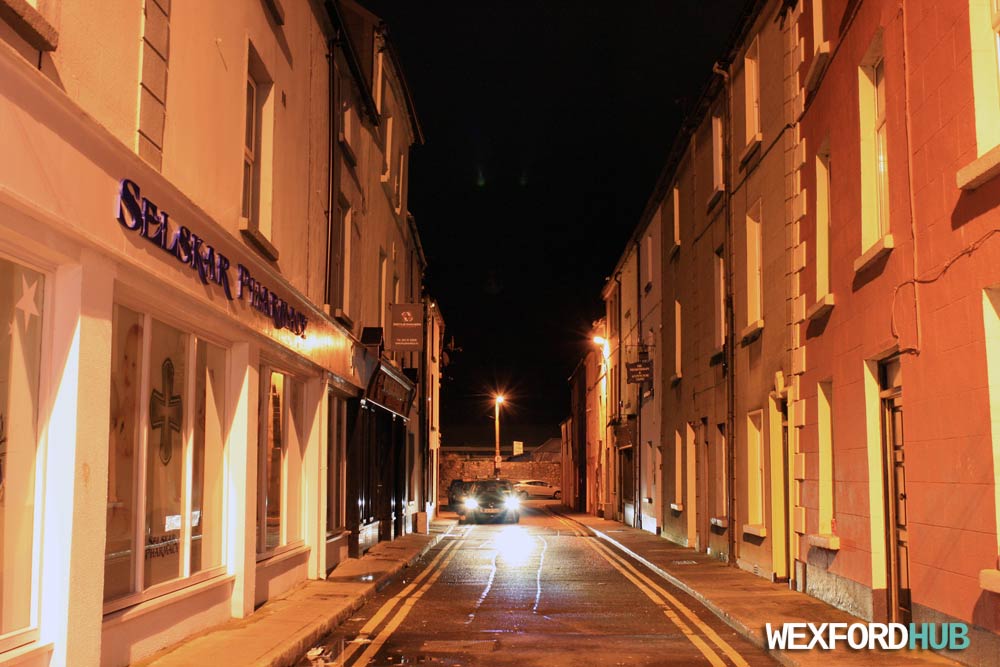 Above: A photograph of the street at night. On the left, you can see Selskar Pharmacy. In the past, this building was home to the Selskar Lounge Bar.

During a traffic management meeting on the 2nd of February of 1971, it was recommended that Skeffington Street be converted into a one-way street, running from the quay to Wexford’s Main Street. A one-way system was recommended because the town centre had been experiencing problems with traffic congestion.

A Google map showing the location of Skeffington Street: