Abbey Street is a historical street that is situated close to the centre of Wexford Town. It stretches from Temperance Row at the top of Trimmer’s Lane to Wexford’s Cornmarket; bisecting George’s Street along the way. According to Nicky Rossiter in his book The Streets of Wexford, Abbey Street is named after the nearby Selskar Abbey, which was constructed by the Normans back in the 12th Century. 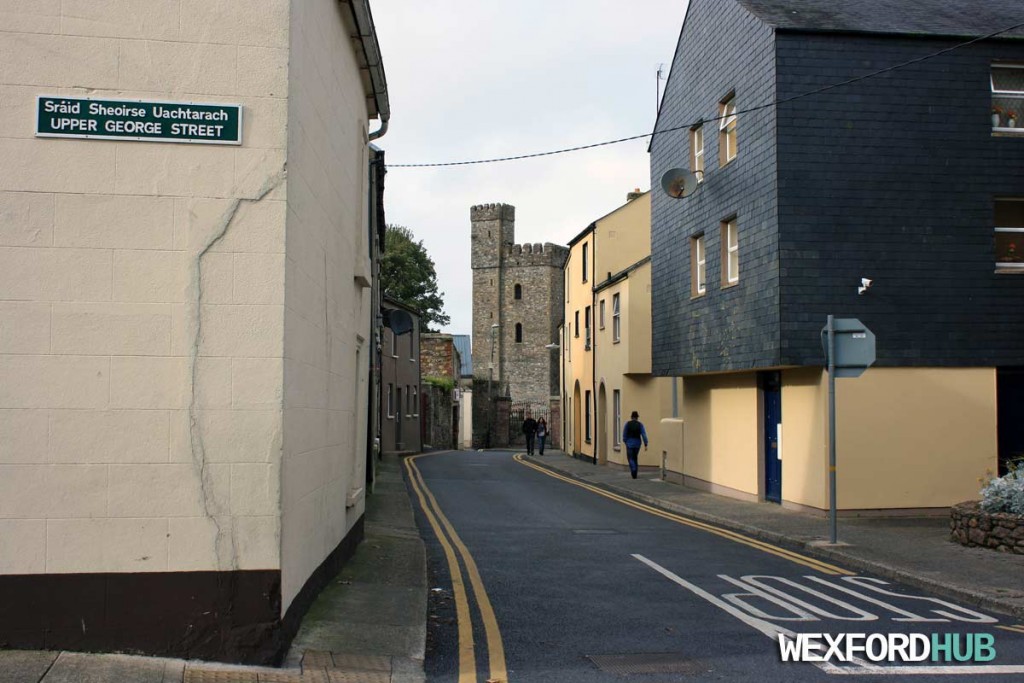 According to Philip H. Hore’s book History of the Town and County of Wexford, parts of Abbey Street may have also been called Market Street in the past, as early references to the aforementioned street name would make sense, considering its close proximity to the once-bustling market place at Cornmarket. 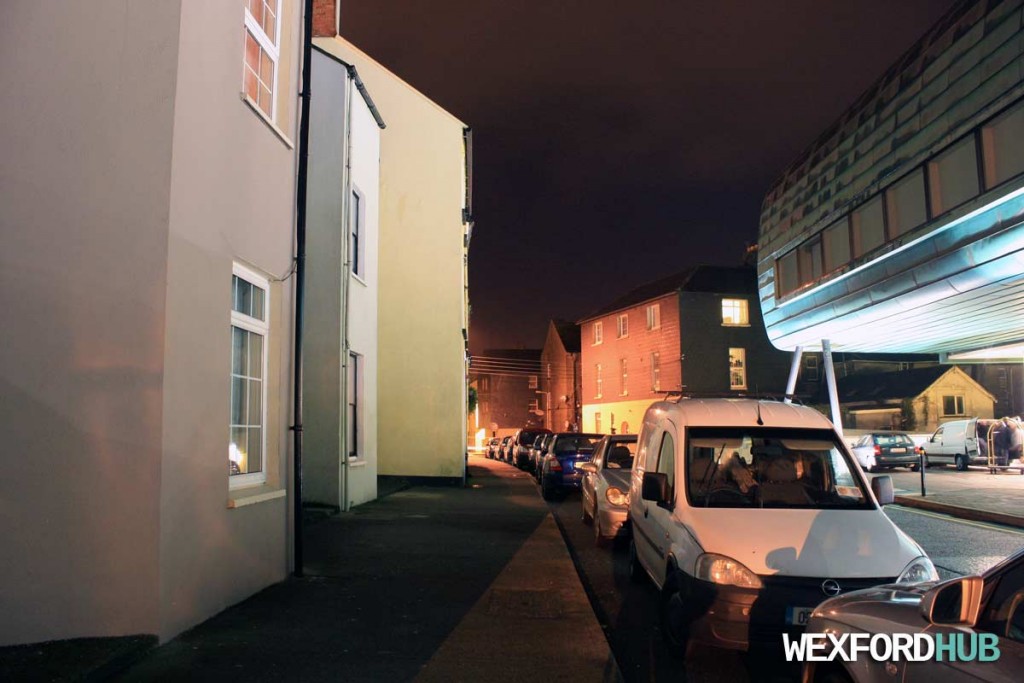 Abbey Street runs parallel to some of the northern parts of Wexford’s Town Wall. You’ll find that many of the properties in the area will have the medieval stone structure standing at the end of their gardens!

The street is well-known for being the location of Whites Hotel (Whites of Wexford), which is a 4-Star hotel that dates back to the 1700s. In the past, it was also home to places such as The Central Constabulary Barracks and Joe Murphy’s forge. 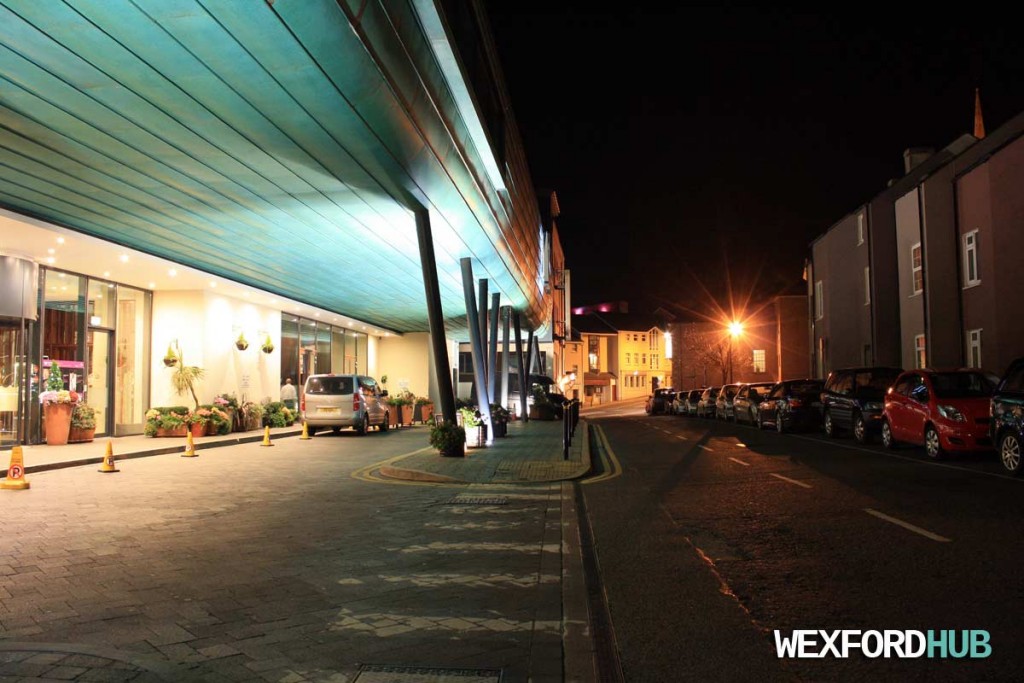 Above: A photograph of the street at night. This was taken outside of the front entrance to Whites Hotel. In the distance, you can see Wexford’s Cornmarket. 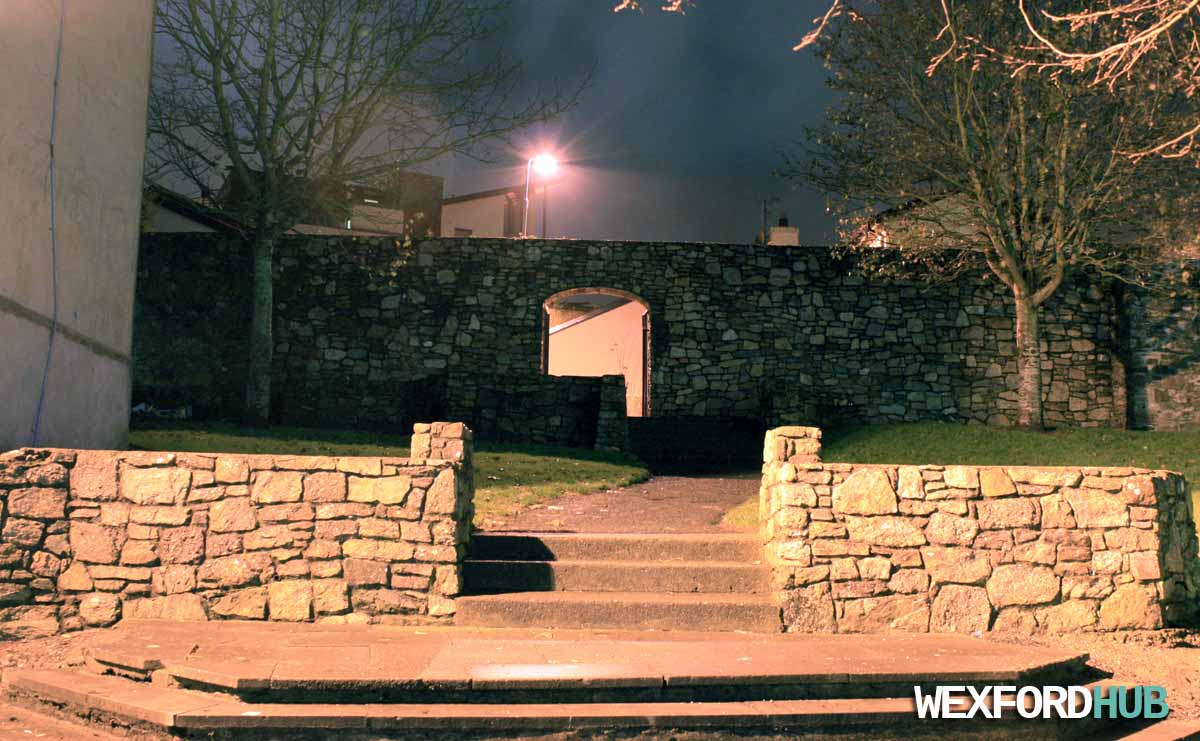 Above: A photograph of a public walkway, which connects Abbey Street with Clifford Street. This is situated beside the Arts Centre.

The 1901 Census tells us that families such as Hayes, Hornick, Whitty, Healy and Hurley lived on Abbey Street. A few examples:

A map showing the location of Abbey Street in Wexford Town: