1798 Street is a relatively new street that is situated in the centre of Wexford Town. The street runs from Spawell Road to Redmond Road. It is named after the 1798 Rebellion, which County Wexford played a large role in. 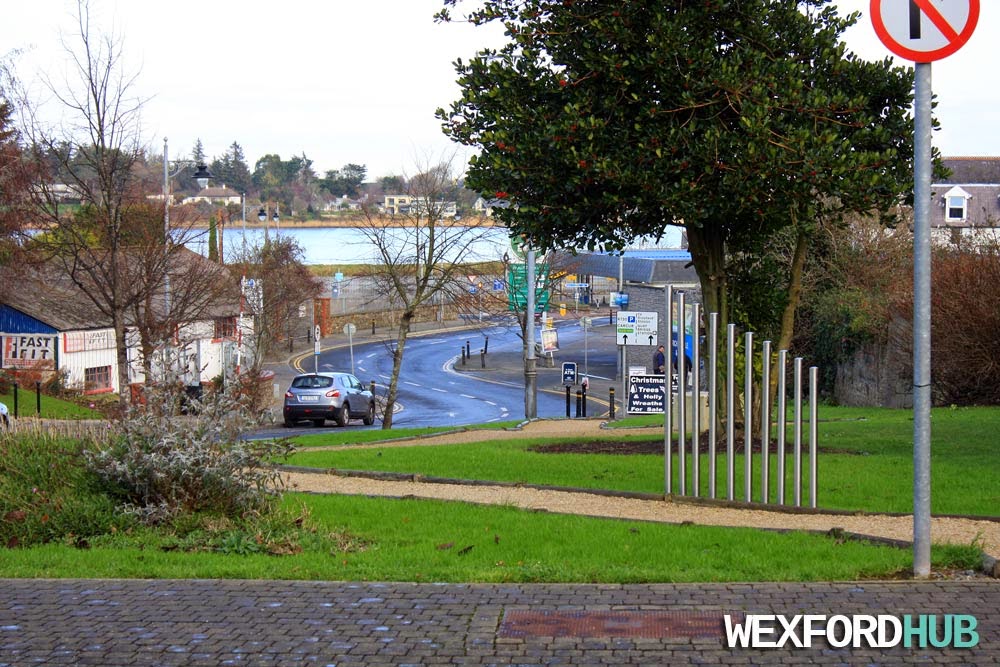 Above: A photograph of 1798 Street, as seen from the Spawell Road / Westgate area of Wexford Town. This was taken in January of 2015; outside of the grounds of the old County Hall. On the left, you can see Fast Fit, which offers a tyre-fitting service. On the right, you can just about make out the presence of a Topaz petrol station (also the home of Richie Doyle Butchers). In the distance, you can see Crosstown, which sits on the opposite side of the River Slaney.

Up until recent years, the banks that sit on either side of the street had become overgrown and unkempt, which inevitably attracted anti-social behaviour. Since then, however, the Wexford Tidy Towns Committee and the Wexford County Council have done a great job at removing wild shrubbery, tidying the place up and planting beautiful flower beds.

The street itself was opened in and around 1998, back when the bicentenary of the 1798 Rebellion was occuring. Before that, it had been a residential area. On maps dating back to the 19th Century, you can see that the area was called Fort View and that it once overlooked the banks of the River Slaney (this was before the land reclamation projects were undertaken).

Below, you will find a Google map that shows the location of 1798 Street.