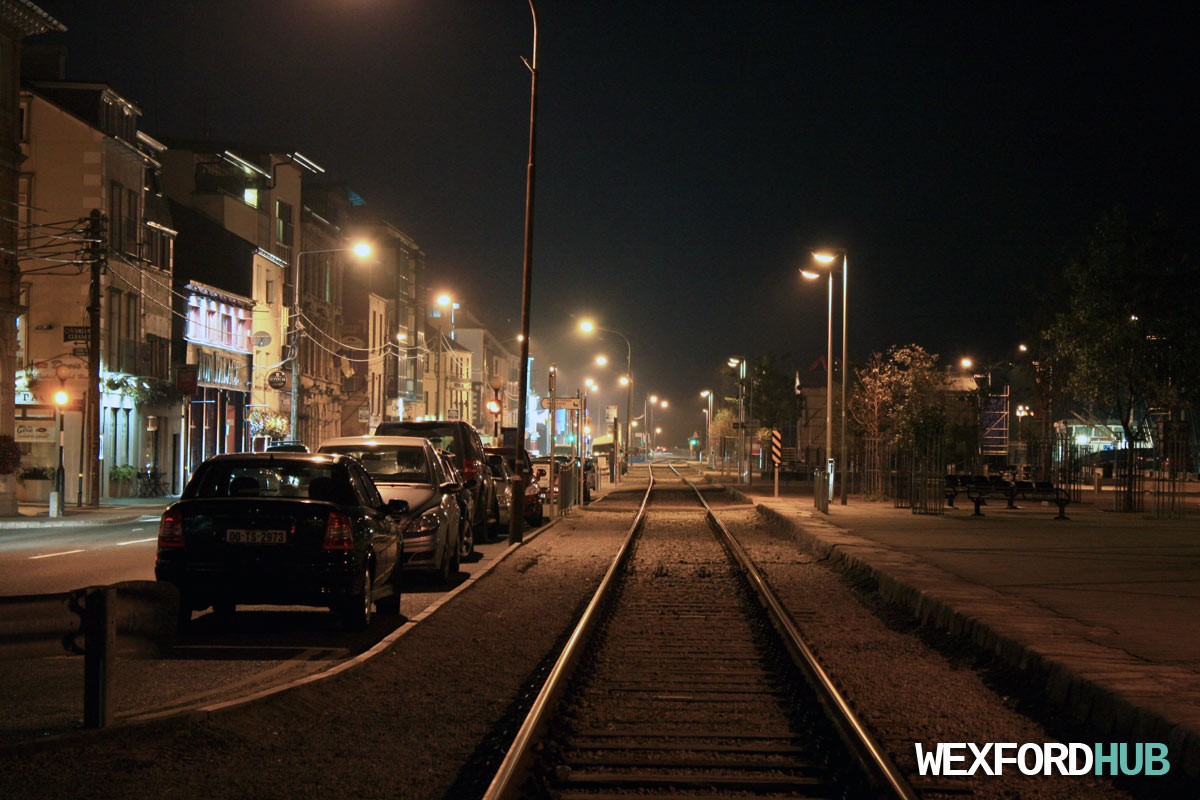 Wexford’s quay-front at night time. This photograph was taken on the railway line that runs parallel to the traffic on the quay.

In the past, Wexford Harbour was a busy trading port that exported goods such as beef, herrings, butter and corn. At the tail-end of the 18th Century, Wexford Harbour was Ireland’s sixth busiest port. Unfortunately, a change in tidal flows occurred after a major land reclamation project was completed in the mid-1800s.

This change in tidal flows led to a build up of sand and clay (commonly referred to as silt), which made the harbour difficult for ships to traverse. Although local authorities carried out several attempts to remedy the situation, the silting of Wexford Harbour continued.

By the 1950s, Wexford was no longer considered to be a viable port. In 1968, the local economy took a turn for the worse when the quays were effectively closed to commercial traffic. Nowadays, the port is mostly used by mussel dredgers and personal vessels. 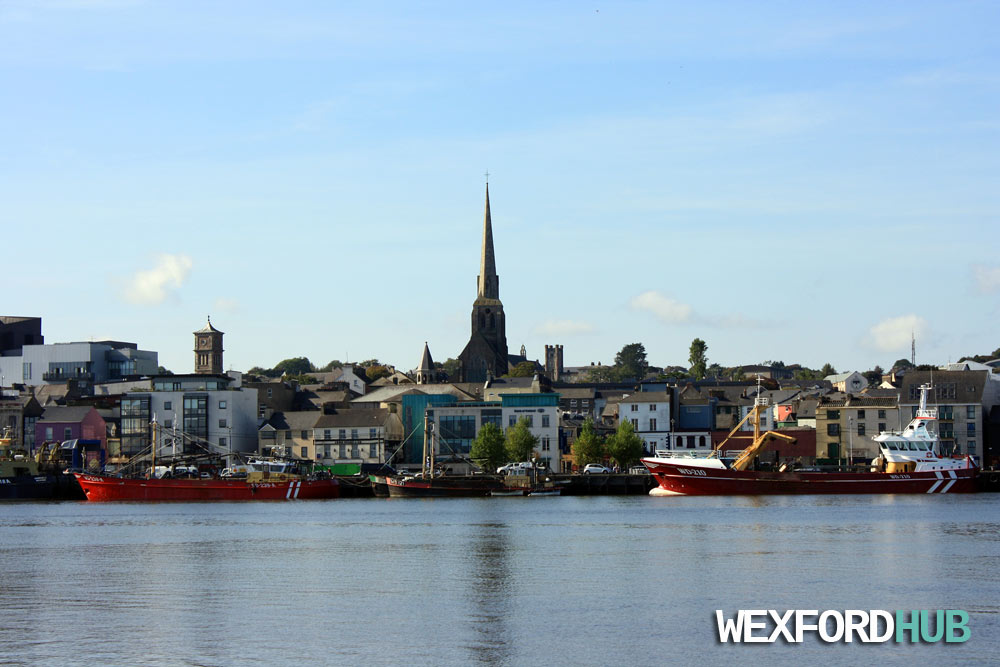 The view of the quay from Ferrybank. Taken on an autumn morning in 2014.

In the 1860s, a company called the “Dublin, Wicklow and Wexford Railway” lodged an application to build a railway line along the quays of Wexford Town. This application was granted on the basis that the company would build an alternative quay-front to facilitate the loading and unloading of ships. This led to the construction of Wexford’s iconic “woodenworks”. The new railway line also led to the construction of a bridge across Wexford’s Crescent Quay. 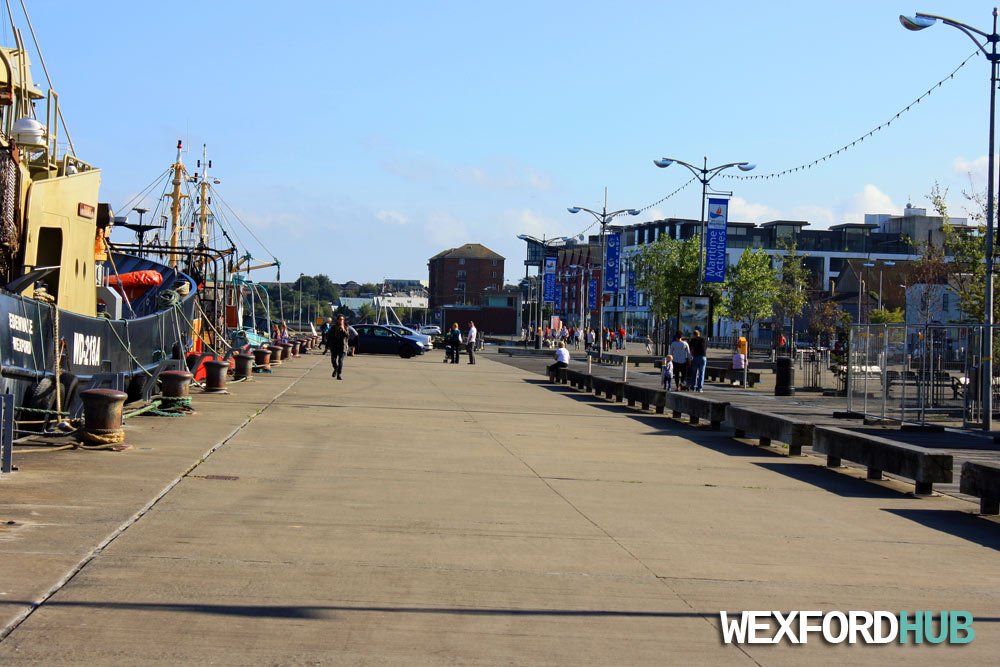 By the 1990s, these woodenworks had fallen into disrepair. Under the Main Drainage Scheme, the old woodenworks were demolished and replaced with a modern waterfront plaza and an accompanying marina. 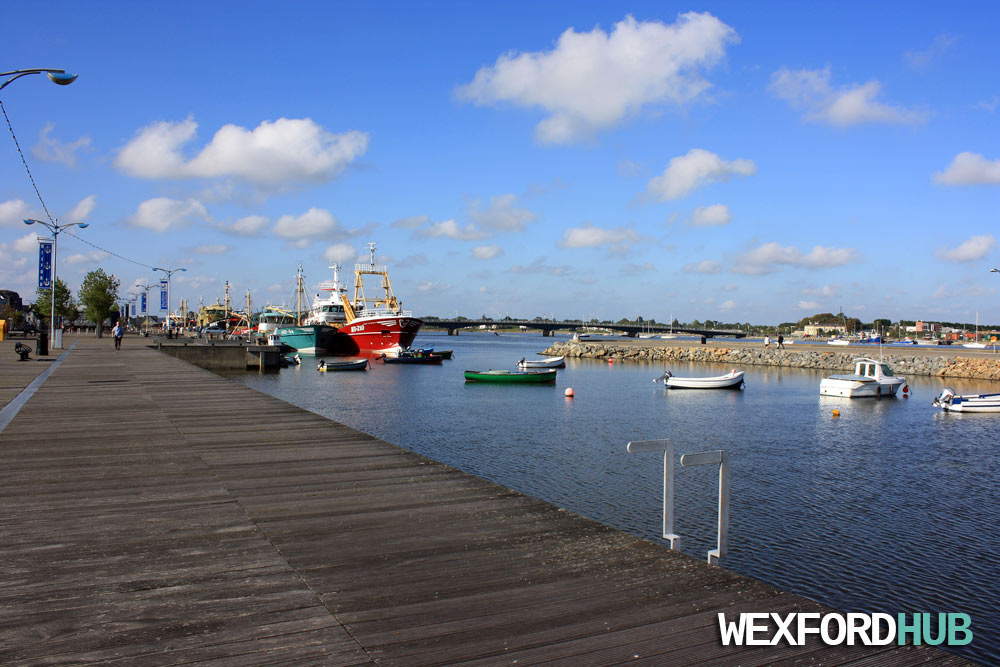 A photograph of Wexford’s marina. Taken in September of 2014.

Up until the early 1920s, the quay was home to the Wexford Courthouse, which was situated directly across from the town-side entrance of Wexford Bridge. From 1899 to 1920, this courthouse building was also used as the headquarters for the Wexford County Council. On the 18th of June, 1921, during the Irish War of Independence, the courthouse was badly damaged when the building was set on fire by the I.R.A. Later, the site was converted into a petrol station. In modern times, the area has been used as a car park, as well as the location of an advertising billboard. 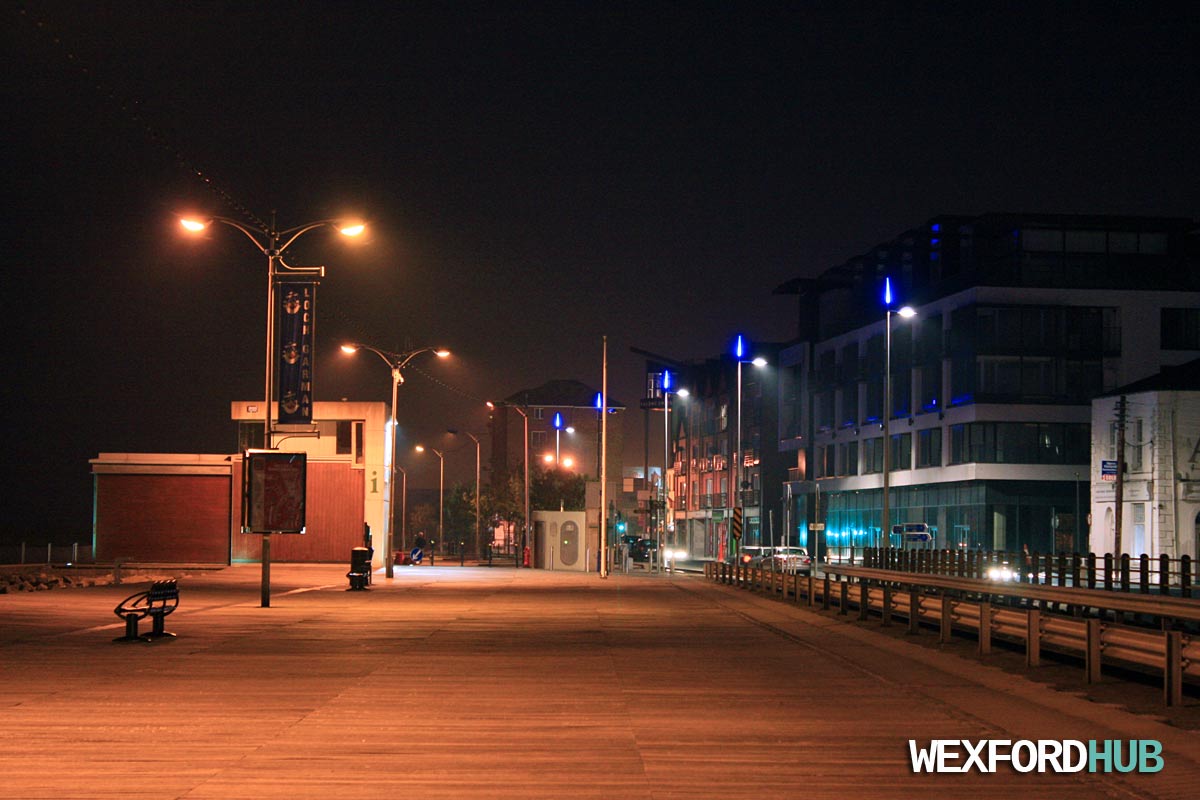 The boardwalk at night – looking in the direction of Paul Quay.

Between 1866 and 1959, the bridge that connects Wexford’s quay-front with Ferrybank did not exist (the older wooden bridge had been demolished). During this period, there was a bridge that connected Redmond Road on the northern side of the town with Riverside in Crosstown (the entrance to this bridge is now the entrance to the Wexford Boat Club). Back then, a man in a small rowing boat provided a ferry between the quay and Ferrybank. This ferry sailed between two piers, which were located where the two entry points to Wexford Bridge are today. 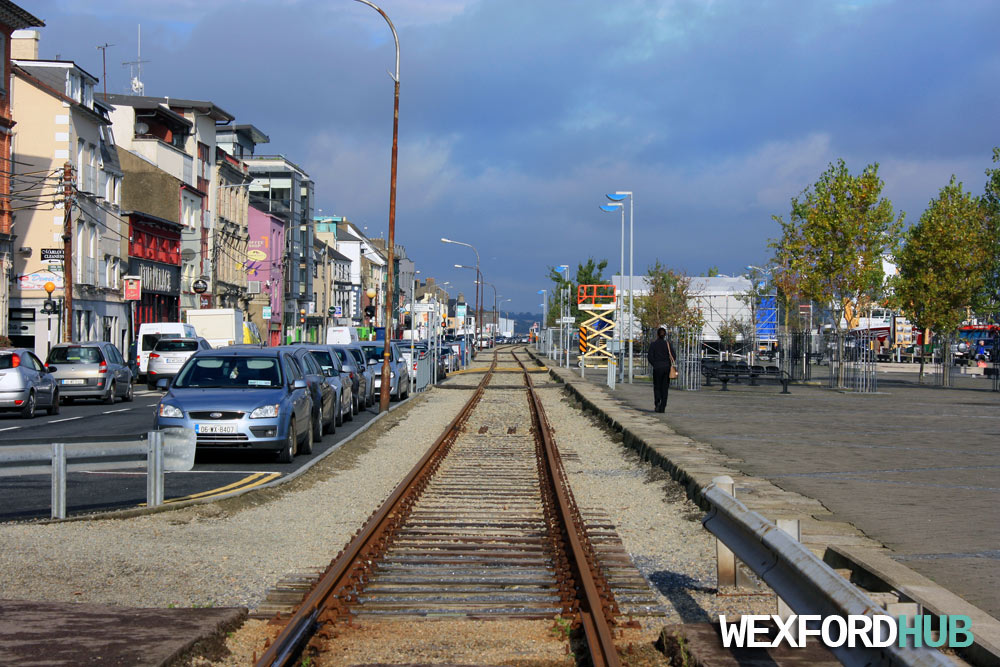 It is worth noting that the Wexford Quay that you see today has been built on land that has been reclaimed over the centuries. Iconic places such as Crescent Quay, Paul Quay and Commercial Quay are all artificial constructs that began to appear in the early 1800s. All of these were built in reclaimed areas that were once a part of Wexford Harbour. In the distant past, the shoreline would have extended up as far as Henrietta Street and Anne Street. In fact, while construction work was being carried out in Anne Street during the 1800s, workers uncovered what was once a sandy shoreline beneath the surface!