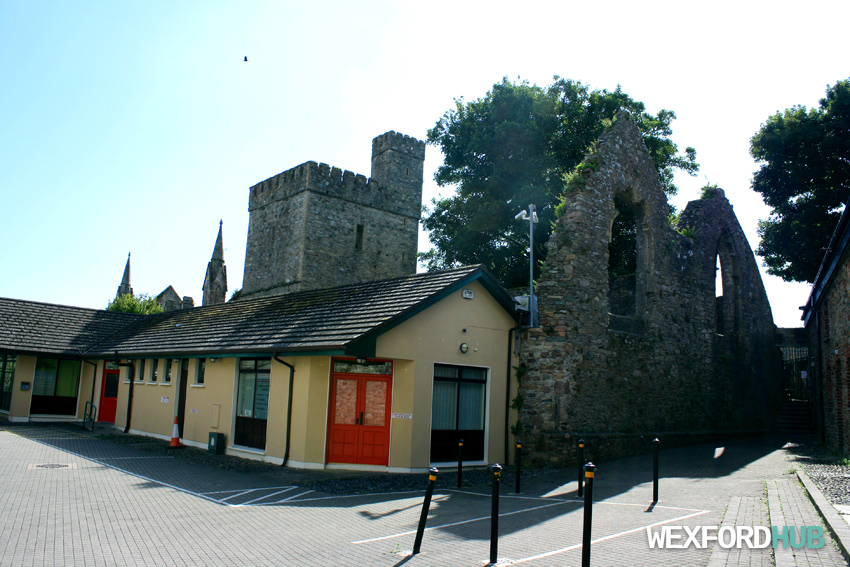 A picture of Selskar Abbey from Westgate. Parts of the original abbey are visible on the right.

Selskar Abbey is a ruined medieval abbey that stands in the heart of Wexford Town. Although the original abbey was built in the 1100s, there are several indications that the area was home to an earlier Christian site, which probably pre-dated the arrival of the Vikings in 800AD (according to a number of other sources, there is evidence to suggest that this was also the location of a pre-Christian temple that was dedicated to the Norse god Odin).  This ecclesiastical site would have overlooked the River Slaney at the time, as the land past Redmond Square was not reclaimed until later years. It is also worth noting that parts of the abbey complex existed inside and outside of Wexford’s town wall, and that the prominent stone gate at Westgate would have provided access to the part of the abbey that we see today.

In the past, local historians have floated the idea that the name Selskar is a corruption of the name St Sepulchre (the Holy Sepulchre is a term that is often used when referring to the tomb of Jesus Christ). An alternative theory is that the name derives from an old Norse phrase that means “seal rock” (seal skar). This theory is also plausible, as the River Slaney would have been relatively close to the area at the time (it is believed that there was an outcrop in the river in this area). 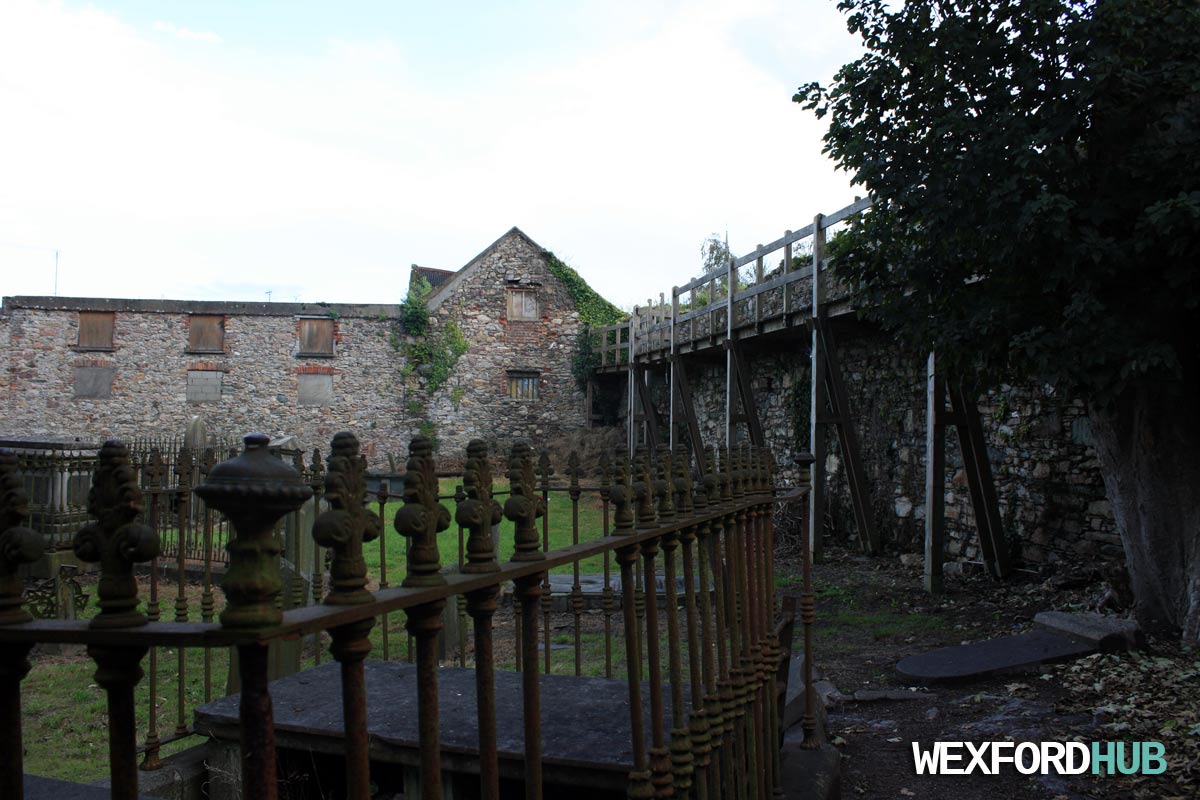 The closed graveyard of Selskar Abbey.

In 1169, the first Anglo-Irish treaty was signed on the grounds of the abbey. Diarmait Mac Murchada, who had been exiled from the country by the High King of Ireland, returned to the shores of County Wexford with a sizeable force of Norman soldiers, which had been given to him by King Henry II of England. This force immediately laid siege to Wexford Town. Although they were met with a fierce resistance from the Norse inhabitants of the town, the siege was eventually lifted when the Bishop of Ferns managed to persuade the townspeople to surrender.

In 1172, it is said that King Henry II of England stayed at Selskar Abbey. According to legend, he stayed at the abbey during lent so that he could do penance for the murder of Thomas Beckett. Beckett, who was the Archbishop of Canterbury at the time, was murdered in 1170 after Henry II’s men “misinterpreted” some of his words. At the time, the archbishop was notorious for excommunicating anyone that opposed him. When news filtered through that Beckett had excommunicated three bishops, King Henry II reacted by saying “Will no one rid me of this turbulent priest?” Although the story of King Henry II’s visit has not been proven, it has been deemed as plausible, simply because he was known to be in Ireland at the time (several sources have said that he was actually “stuck” in Wexford Town because of a bad storm). 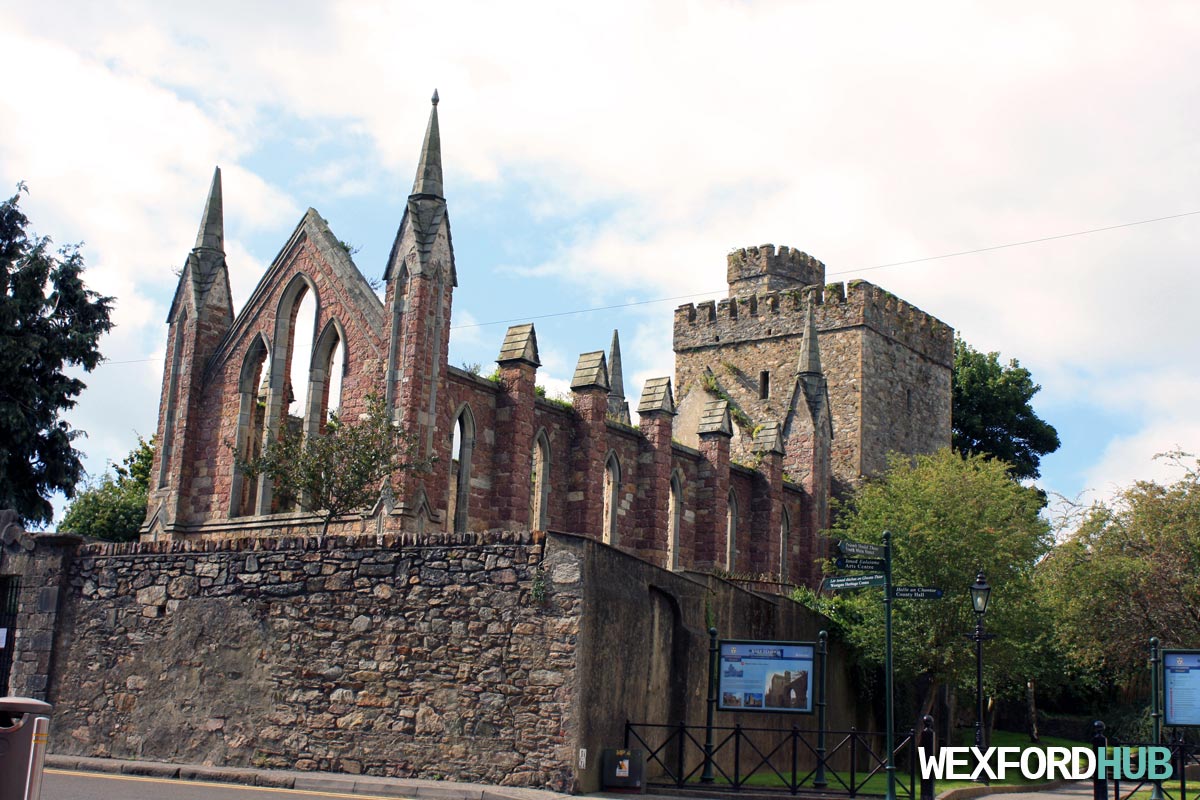 Selskar Church, as seen from Well Lane, which is just up from Selskar Street. This structure was built in the 1800s by the Church of Ireland. The tower that it is attached to was built during the 1300s.

In 1542, Selskar Abbey was forced to close before being handed over to Master of the Rolls in Ireland. After its closure, the site continued to be used as a Protestant place of worship.

It is worth noting that its conversion into a Protestant place of worship probably spared it from the same fate as some of the other churches in the area (St. Peter’s Church, for example). After Oliver Cromwell sacked the town in October, 1649, the walls of Wexford Castle were left lying in a bad state of repair. As a result, bricks and stones from several Catholic churches in the town were taken and used to repair it. Throughout the years, stones from these churches were also sold off as building materials. This “deconstruction” of medieval churches was aided in part by anti-Catholic legislation and a Wexford magistrate that was largely Protestant.

The tower, shown in the pictures above, was built in the 1300s. It was later restored in 1826 when the Church of Ireland decided to build Selskar Church inside the grounds of the original abbey. The decision to build the church in this area was extremely controversial at the time, as parts of the abbey had to be dismantled to make way for it (the altar and the space around it had to be removed). The 14th century tower was refurbished and used as a sacristy and belfry. The refurbished tower is closed off to the public, as the stairway is so tight and narrow that it can only be crawled up. The middle floor of this tower is still intact, whereas the top floor has a narrow platform that extends around the outside of the walls. 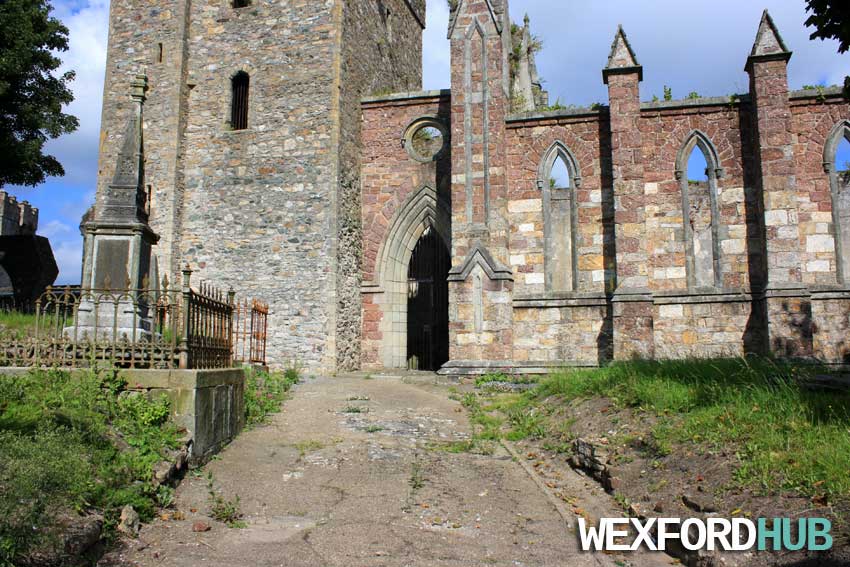 Selskar Church and its surrounding graveyard.

Selskar Church had a slated roof up until the 1950s (visible in a number of old black and white photographs). During the 1950s, the population of Wexford was declining and the Church of Ireland was finding it increasingly difficult to maintain two places of worship in the town (the other church being St. Iberius Church on North Main Street). As a result, the decision was made to close Selskar Church and focus on St. Iberius Church. In order to avoid paying taxes for the building, the Anglican community removed the slated roof so that it could be classified as a ruin.

On the western side of the 12th Century tower, visitors have noticed a small carved stone head, which is situated above the window. This is called a “grotesque” (also known as a chimera) and it was most likely added for decorative purposes. It is worth noting that people sometimes refer to it as a gargoyle, which is technically incorrect. Gargoyles are different as they contain a water spout through the mouth, which allows them to transfer water from a roof and away from the side of a building (this helped to prevent rainwater from eroding the mortar between masonry walls). This is not the case with the stone carving that is present in Selskar Abbey.

Nowadays, the grounds of Selskar Abbey are closed to the public. However, walking tours of the site are available. Typically, informational posters about these tours can be found on the gates of the abbey. More information can be found in the tourist centre next to Westgate Tower.

The abbey is located close to Wexford’s town centre. There are three gates: One at Abbey Street, one at Selskar Court and one at Tower Court (this is the most-used gate, as it is located beside the heritage centre).