St. Peter’s Church was situated where Peter’s Square is today; a stone’s throw away from St. Patrick’s Church in High Street and St. Mary’s Church in Mary’s Lane. In Viking towns such as Wexford, it was common to have a relatively large number of parishes existing within a small area. It was also common for Norse towns to name their parishes after saints such as St. Mary, St. Peter, St. Patrick and St. Michael (hence the reason these names are also present in the Viking towns of Waterford and Dublin). 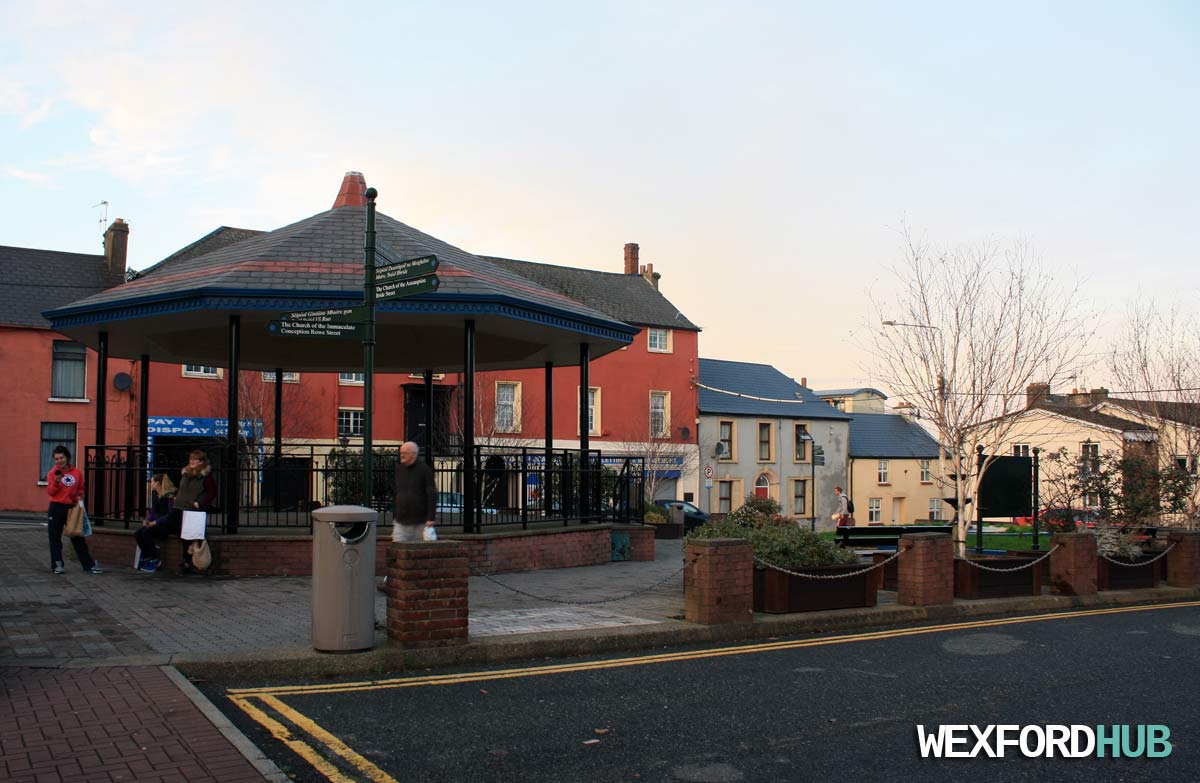 Pictured above: The area where St. Peter’s Church would have stood.

It is important to note that this church was situated outside of the town wall, close to the Peter’s Gate entrance. Peter’s Gate was one of the six town gates that were removed by the Wexford Corporation in the late 1700s. It was situated at the top of Peter Street, which was called Gibson’s Lane at the time.

In his book Wexford: A town and its landscape, Billy Colfer describes how the Papal Nuncio to Ireland, Giovanni Battista Rinuccini, came to Wexford during the Easter period of 1647. He was greeted by a military guard of honour, as well as celebratory canon fire and music. After being given an official reception by the Wexford Corporation, Rinuccini visited St. Peter’s Church, where a welcoming mass was held in his honour. Afterwards, he remained in the town for several days. 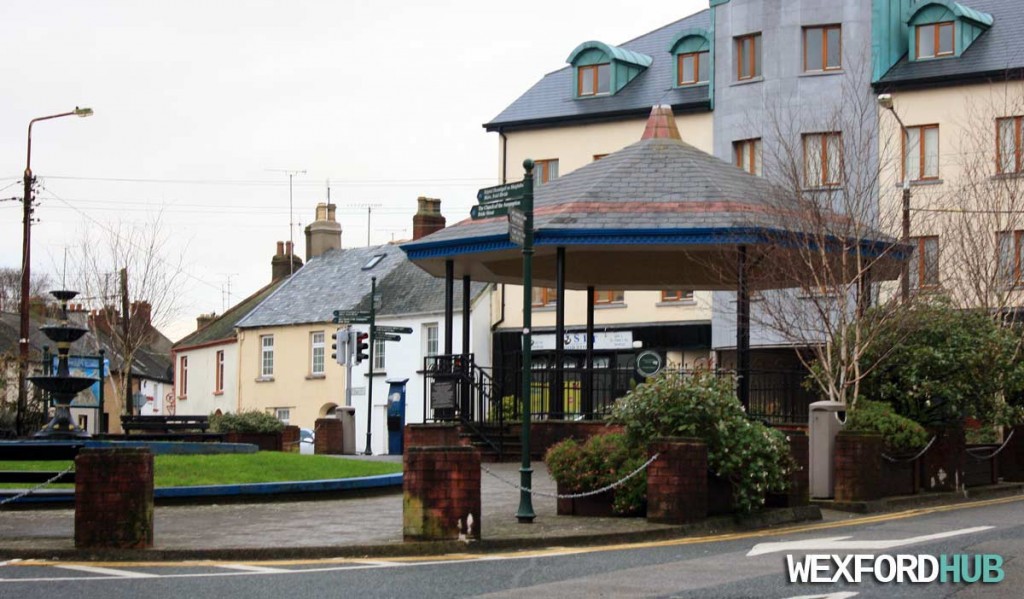 Pictured above: St. Peter’s Square, as seen from the top of Peter Street.

Only two years after Rinuccini had visited Wexford, the Lord Protector of the Commonwealth of England, Scotland and Ireland, Oliver Cromwell, arrived at the walls of Wexford Town. A few days into the siege of Wexford, Cromwell’s New Model Army gained access to the town, causing a huge amount of damage. In the period following Cromwel’s conquest of Ireland, anti-Catholic legislation began to take hold; turning the old Norse churches of Wexford into crumbling ruins (St. Mary Magdalene’s church in Maudlintown was also sacked in the years that followed the arrival of Cromwell). Because Cromwell’s cannon fire in 1649 had damaged the walls of Wexford Castle, St. Peter’s Church was demolished so that it’s stone could be used to help repair the structure.

In the late 1930s, the Wexford Garda Station was built on Roche’s Road. Before that, the area in front of Roche’s Terrace was known as The Deddery (sometimes spelled as The Deaddery). Presumably, the Deddery’s name derived from the ancient graveyard of St. Peter’s Church. A black and white photograph from the early 1930s shows an uneven and hilly patch of land. During the construction of Wexford Garda Station, a number of remains were found (I’ve also been told that teeth were found – although I have been unable to find any information about this). These remains were later reinterred in St. Ibar’s Cemetery in Crosstown.

A map showing the location of where St. Peter’s church and graveyard once stood: