The ruins of St. Patrick’s Church are situated at the end of High Street, which is close to the centre of Wexford Town. Its surrounding graveyard, which is bounded with the town wall, holds the bodies of the victims of Cromwell’s sacking of the town in October of 1649. The grounds also act as the resting place for many of those that were killed during the 1798 Rebellion.

The church dates back to medieval times and it is one of the earliest-surviving and best preserved Christian ecclesiastical sites in the town. The parish that it belonged to was one of the five parishes that existed inside the walls of Norse-Irish town of Wexford. At the time, it was common for Norse towns to have a complex parish system, with multiple parishes existing within a relatively small area. Although the year of its establishment is unknown, it does pre-date the Norman invasion of Ireland, which occurred in 1169.

It is interesting to note that St. Patrick’s Church is the resting place for the head of John Henry Colclough, who was an Irish revolutionary that was executed on the 28th of June, 1798. During his attempt to flee to France, Colclough and his wife were betrayed by a local farmer on the Saltee Islands. After their arrest, they were returned to Wexford Town and hanged on Wexford Bridge. Afterwards, their heads were displayed on pikes. During the night, a group of nationalists managed to recover Colclough’s head and bring it to the grounds of St. Patrick’s Church. His body was never found. 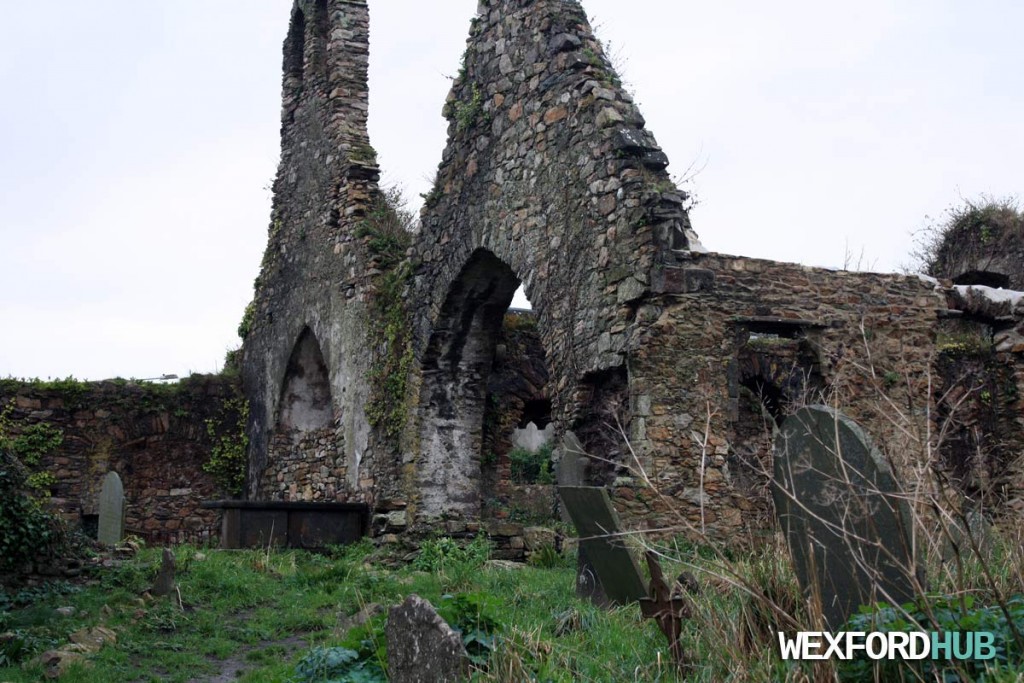 In the vicinity of the church, exists a clay rampart, which is a defensive structure that was built to help defend against Oliver Cromwell’s cannons in 1649.

Although the gates of the church are closed, you will be able to catch a glimpse of the ruins of the church, as well as the scattered gravestones that surround it. The entrance is located at the end of High Street, near the top of Allen Street and Patrick’s Lane. A car park exists beside Keyser’s Lane, although it should be noted that this particular car park can be extremely busy, depending on the time and the day of the week (it is right beside the town centre, which makes it an extremely popular place to park).