Leprosy is a bacterial infection that can cause permanent damage to a person’s skin. Although the infection is treatable today; in medieval times, those who began to display symptoms of leprosy were often “expelled” from society. It is important to note that in those days, people exhibiting symptoms associated with ailments such as scurvy and syphilis could have been misdiagnosed as having leprosy! This theory is plausible, as recent studies have shown that leprosy is not as contagious as previously thought.

The grounds of St. Mary Magdalene’s church and graveyard can be found on the regional R730 road that runs through Wexford; situated half-way between the traffic lights in Maudlintown and the entrance to Wexford Creamery. Because of the high wall that conceals it from the general public, many locals and passersby are completely unaware of the graveyard’s existence. 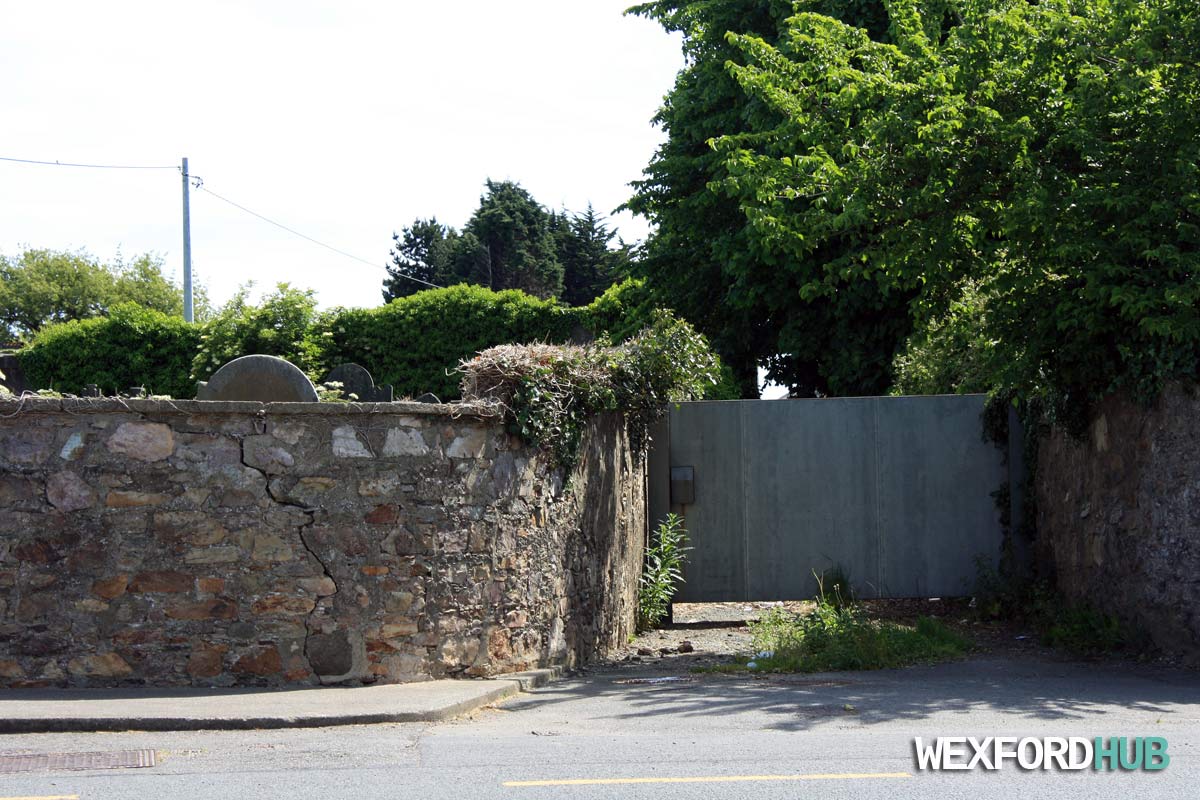 Pictured above: The graveyard of St. Mary Magdalene can be seen at the entrance of Celtic Linen’s old Maudlintown operation. Only the top of the headstones can be seen from the roadside. Fun fact: The name “Maudlintown” is believed to have originated from the name of this church.

The hospital adjoined the church and the surrounding houses would have provided living quarters for the infected. In his book, The Little Book of Wexford, historian Nicky Rossiter points out that many of the people who lived in the area refused to be buried in the graveyard of St. Mary Magdalene’s (presumably because of the negative attitude that surrounded leprosy). Instead, they chose to be buried in one of the other parishes in Wexford.

Unfortunately, the church fell into disrepair following Cromwell’s conquest of Ireland, as anti-Catholic legislation took hold and a number of the old Norse-built churches of Wexford were dismantled for the sake of building materials (the church of St. Peter in Peter’s Square met a similar fate). An Ordnance Survey map from the 1800s shows the church’s location in Maudlintown, along with the label “(in ruins)“. 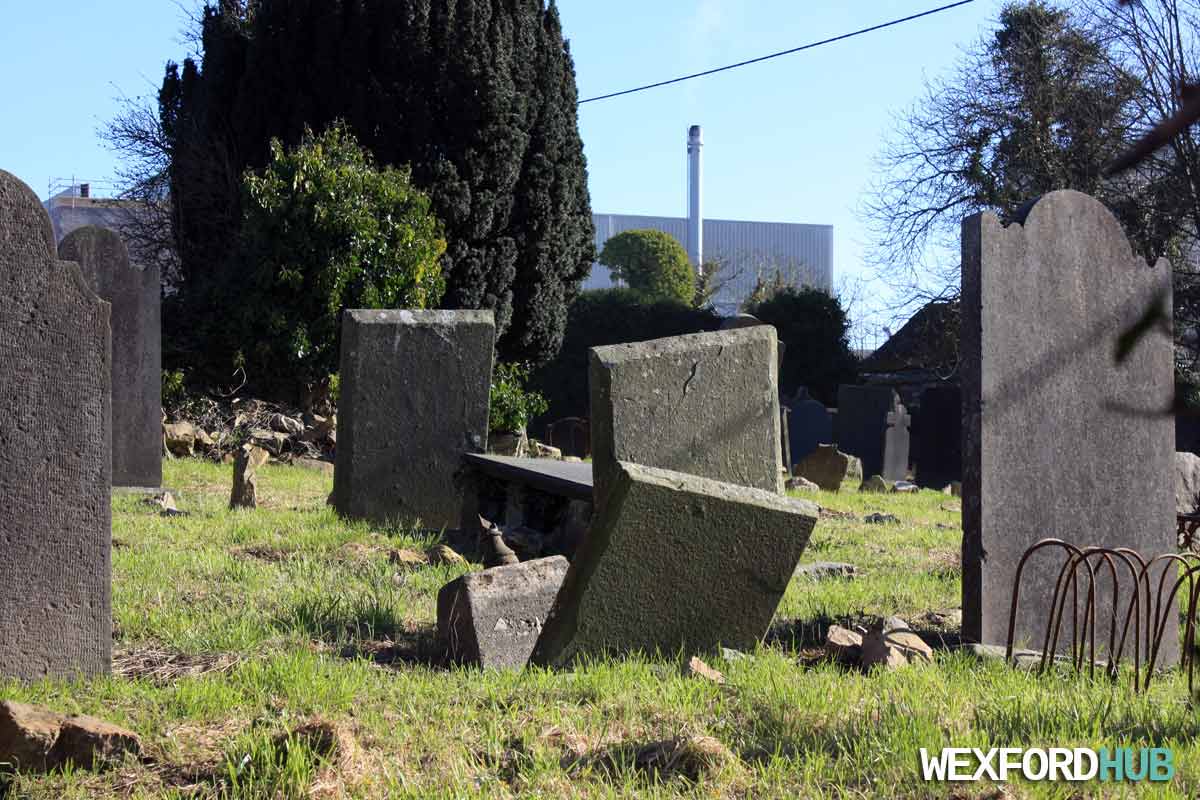 A photograph of the inside of the graveyard.