Wexford Castle was a medieval castle that was constructed during the 12th Century or 13th Century. Work began on the castle after the Anglo-Normans had invaded Ireland and taken control of Wexford. The castle stood in an area that was south of Wexford; just a few feet outside of the defensive stone wall that encompassed the town.

During the 1720s, the castle was replaced by a military barracks, which is still there today. The entrance to this barracks can be found on Barrack Street, which is a few metres up from the intersection between King Street and South Main Street.

According to illustrations and descriptions of the castle, it sat upon a large mound that overlooked Wexford Harbour. It is worth pointing out that the waters of the harbour would have been lapping at the base of this mound, as much of Wexford Quay that you see today would not have existed at the time (land reclamation projects expanded the quay at the beginning of the 19th Century).

The castle was square in shape, with four towers at each corner. These towers had cone-shaped roofs, which were covered in shingle. The castle itself would have been used for administrative purposes throughout the Middle Ages, with the constable of the castle being in charge of local military affairs and matters relating to policing. In later years, it was also used as a jail.

A description of the castle from 1317 reads as follows:

There is one stone castle, in which are four towers roofed with slate, a great keep, and four buildings at the back, thatched with straw, all in good repair and condition. 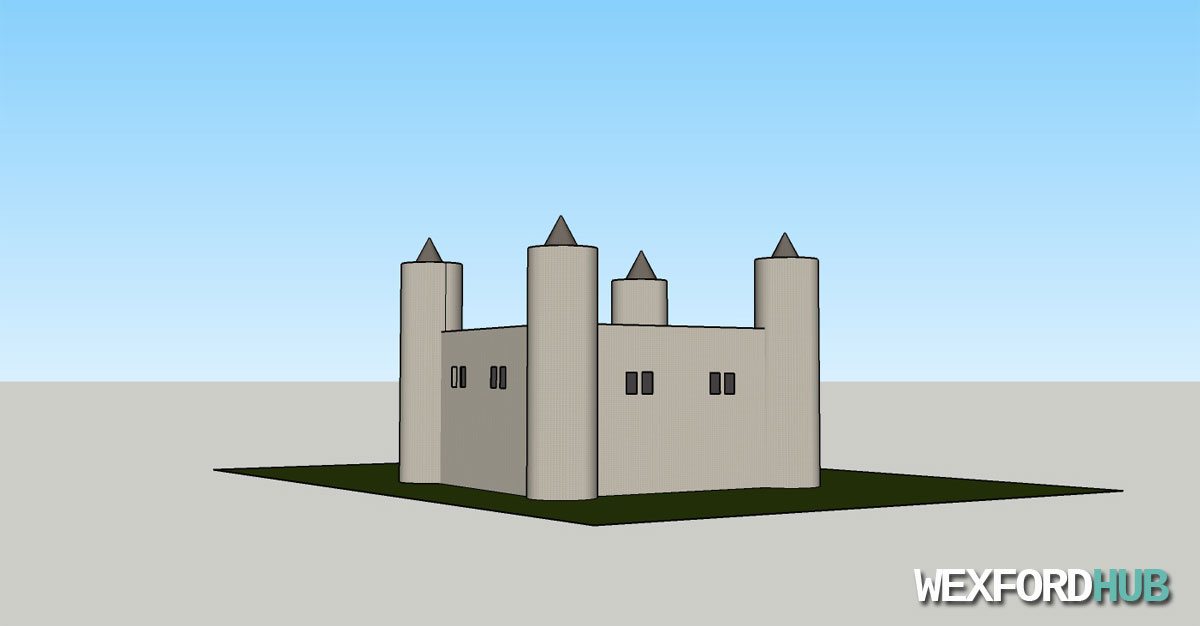 A quick sketch-up of what Wexford Castle would have looked like (there would have also been window slots on the four towers, as well as battlements along the top of the walls).

In 1644, a French traveler by the name of M. Moullay le Gouz provided the following description:

The town is very populous, owing to its great commerce. The fortress (Wexford Castle) is a small square, regularly enough fortified, and washed by the sea. At the foot of this castle are many ruins of old churches, amongst others that of the Holy Trinity, towards which the women have great reverence, and come there in solemn procession.

In the 1649, when Oliver Cromwell laid siege to Wexford, the walls of the castle were targeted and damaged by canon fire. After the castle had fallen (it was surrendered by Captain James Stafford for reasons that remain unknown), the town’s garrison fled their defensive positions, giving Cromwell’s troops the opportunity to scale the walls. 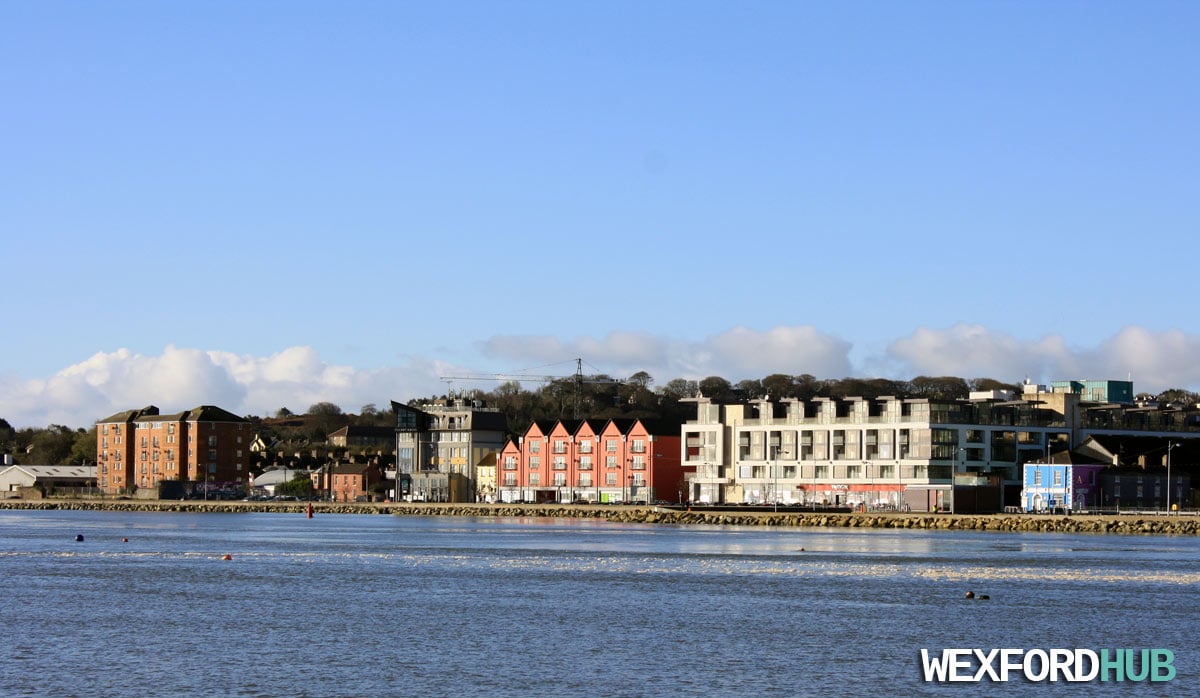 A view of Paul Quay and the Stonebridge area of Wexford town. In the past, Wexford Castle would have been visible from this point.

In the period that followed the sacking of Wexford Town, the walls of Wexford Castle were in need of repair. This led to the ruination of many Catholic churches in the area, which were dismantled for building materials (St. Peter’s Church and St. Mary Magdalene’s church fell victim to the anti-Catholic sentiment that was prevalent during this time-frame).

In the early 1700s, the castle was demolished by the government to make way for a military barracks.

A map showing the location of where the castle once stood: