High Street is a historic street that is situated in the centre of Wexford Town. It is home to the Wexford Opera House and the old ruins of St. Patrick’s Church. This narrow stretch of road runs from Rowe Street to St. Patrick’s Square and Peter Street. Allen Street and Keyser’s Lane connect it to the hustle and bustle of Wexford’s South Main Street, which is considered to be the main shopping area of the town. It is connected to Lower John Street via Mary Street; a short and narrow one-way street that offers a great view of the Franciscan Friary. 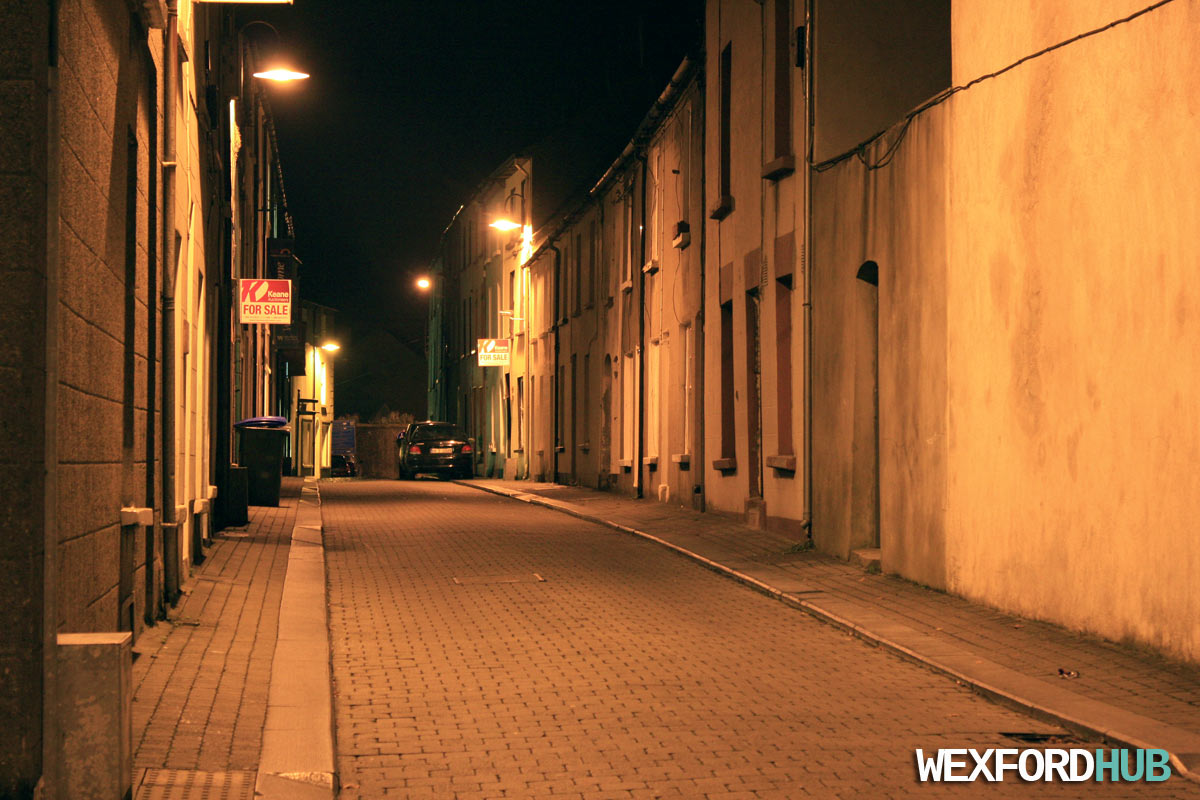 Pictured above: High Street at night. This was taken on an Autumn evening at the intersection with Rowe Street.

During the 1920s, it was officially renamed as McSweeney Street by the Borough Council. However, this change was rejected by the residents during a vote in the early 1930s. In the early 1920s, it seems as though there was an effort by the Borough Council to “Irishize” the names of some of the streets around Wexford. Unfortunately for the council, it seems as though the residents of these streets were more concerned about the hassle that such a change might cause (postal delivery, etc). 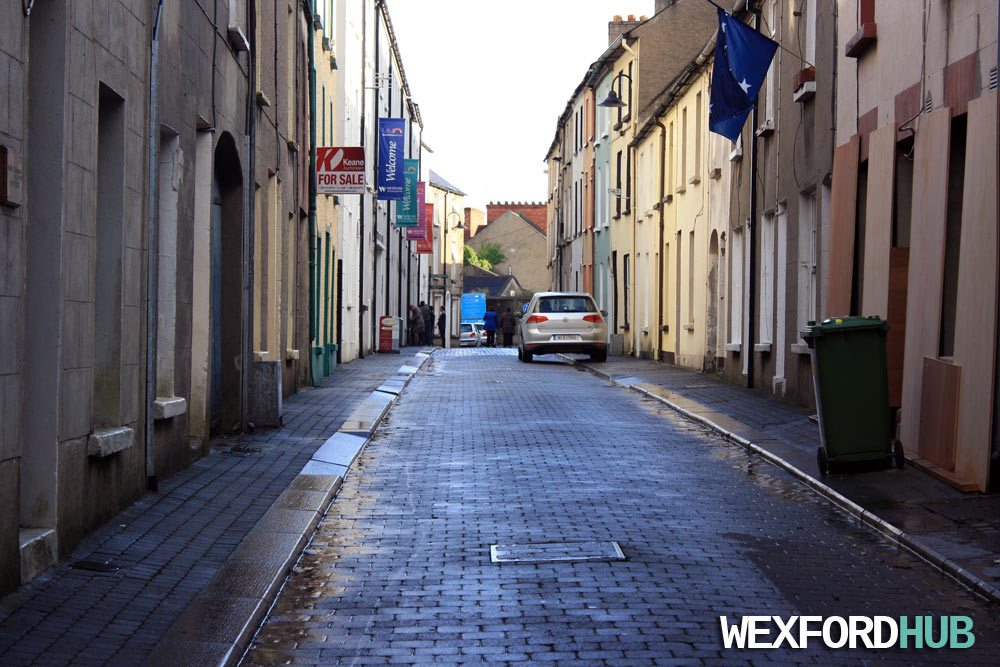 The photograph above was taken on the 6th of October, 2014. A brief Autumn rain shower had just passed over Wexford Town; catching shoppers by surprise.

In the past, High Street was actually called Upper Back Street and it was shown on maps dating back to the 1600s. During the early parts of the 19th century, it was referred to as Back Street (this name is visible on OSI maps from the time). As noted in Nicky Rossiter’s book The Streets of Wexford, the name High Street didn’t begin to appear until 1883.

If you look back at old Ordnance Survey maps from the 1800s, you can see that the present-day car park beside Keyser’s Lane was once filled with houses, many of which were occupied by families belonging to members of the army and navy. This narrow Norse lane ran from High Street to Wexford Quay; cutting through South Main Street. 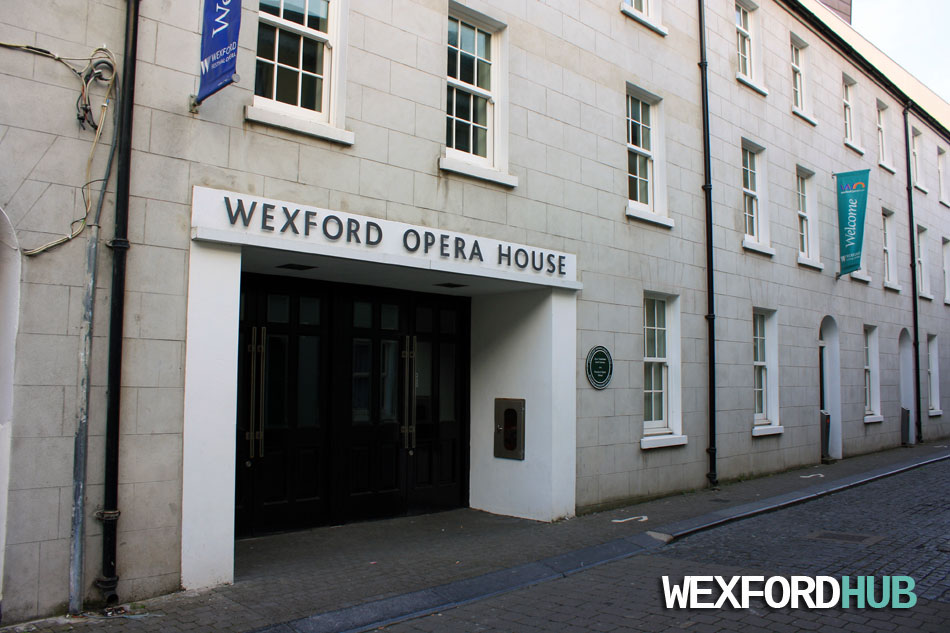 Pictured above: The front entrance to the Wexford Opera House, which was previously known as the Theatre Royal. Officially, it was renamed as The National Opera House during the Wexford Opera Festival in 2014. This photograph was taken at the beginning of September, 2014.

The Theatre Royal was opened in January of 1832 by William Taylor. The building was demolished in 2006 to make way for the new opera house, which is three times larger than its predecessor. 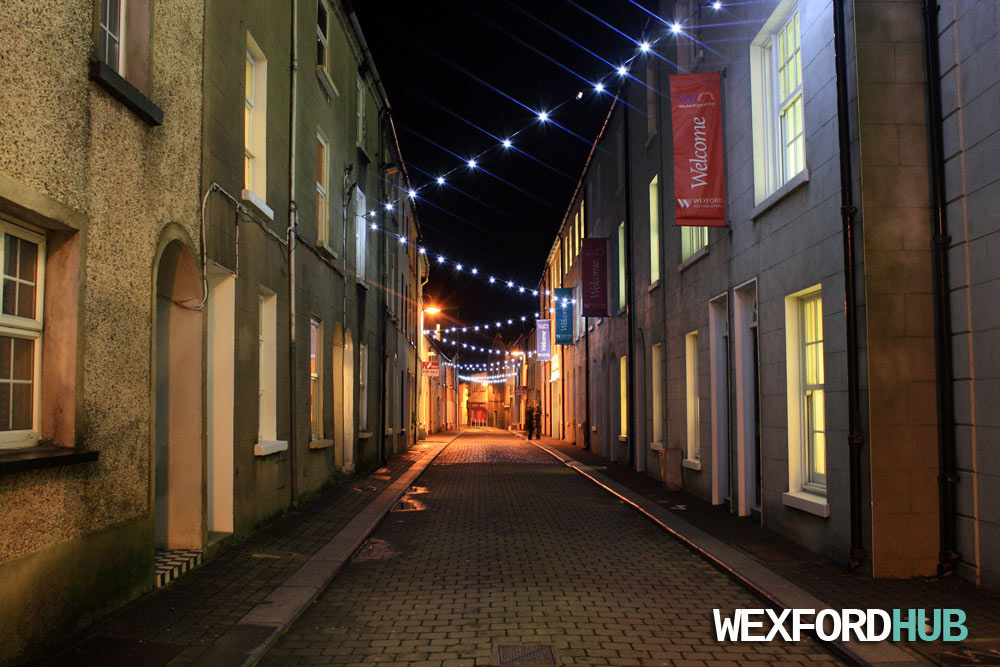 Photograph above: During the Wexford Opera Festival, High Street is adorned with lights. 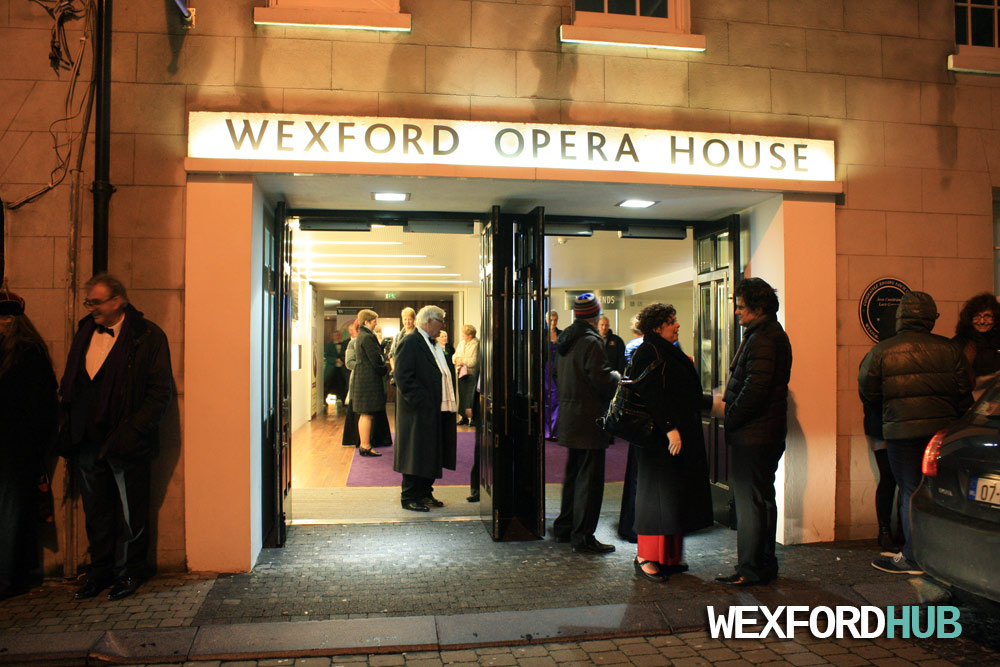 Photograph above: The Wexford Opera Festival, just as it was about to come to a close. This was taken on Saturday, the 1st of November, 2014.

A Google Map showing the location of High Street in Wexford Town: