Mary Street is a small and sloping one-way street that connects Lower John Street with High Street in Wexford Town. It is less than 100 metres in length and it is named after the Virgin Mary. 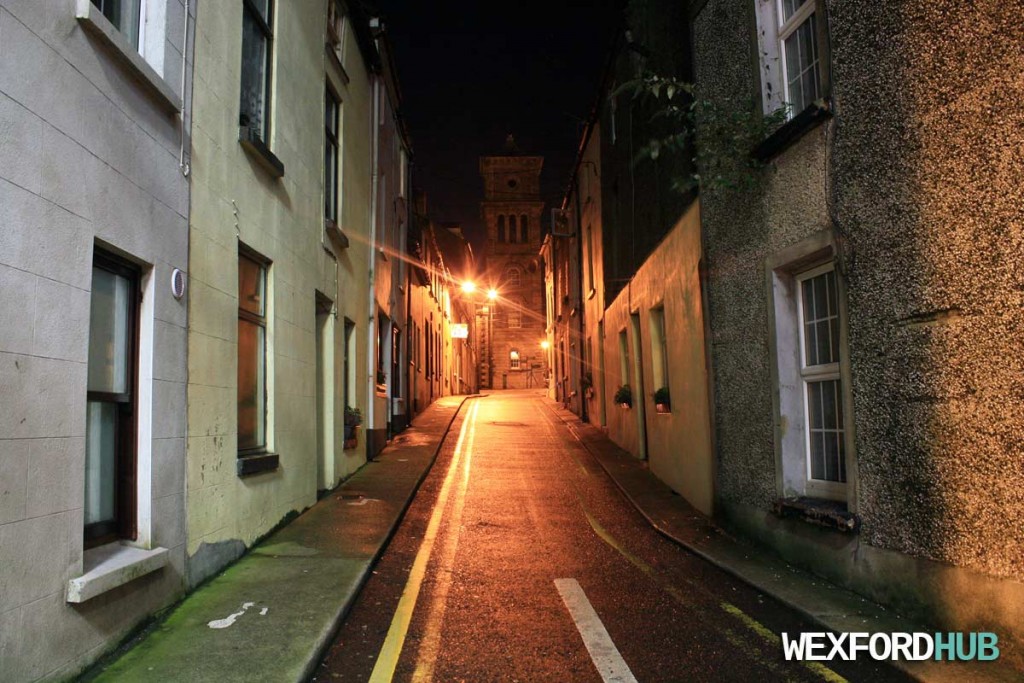 Pictured above: Mary Street at night. This was taken in November of 2014. In the background, half-hidden by nightfall, you can just about make out the Franciscan Friary, which was founded during the 13th Century.

In the past, the street was called Chapel Lane, simply because of its small size and its close proximity to the Friary. 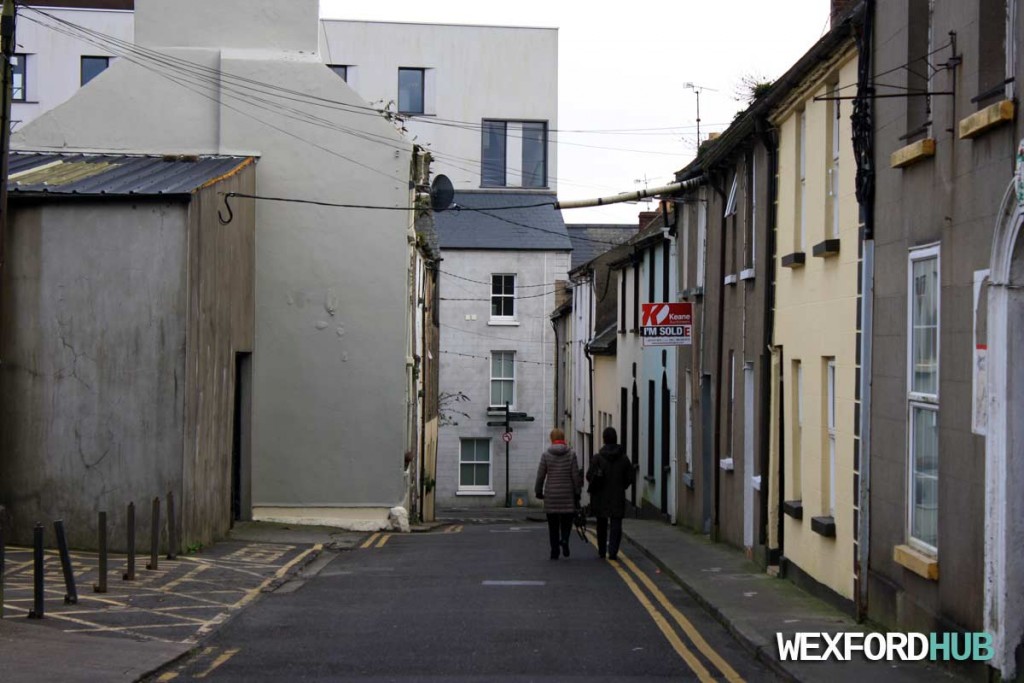 Above: The street during the daytime; looking down towards High Street. The large building in the background is the National Opera House. This photograph was taken on Saturday, the 6th of December, 2014. 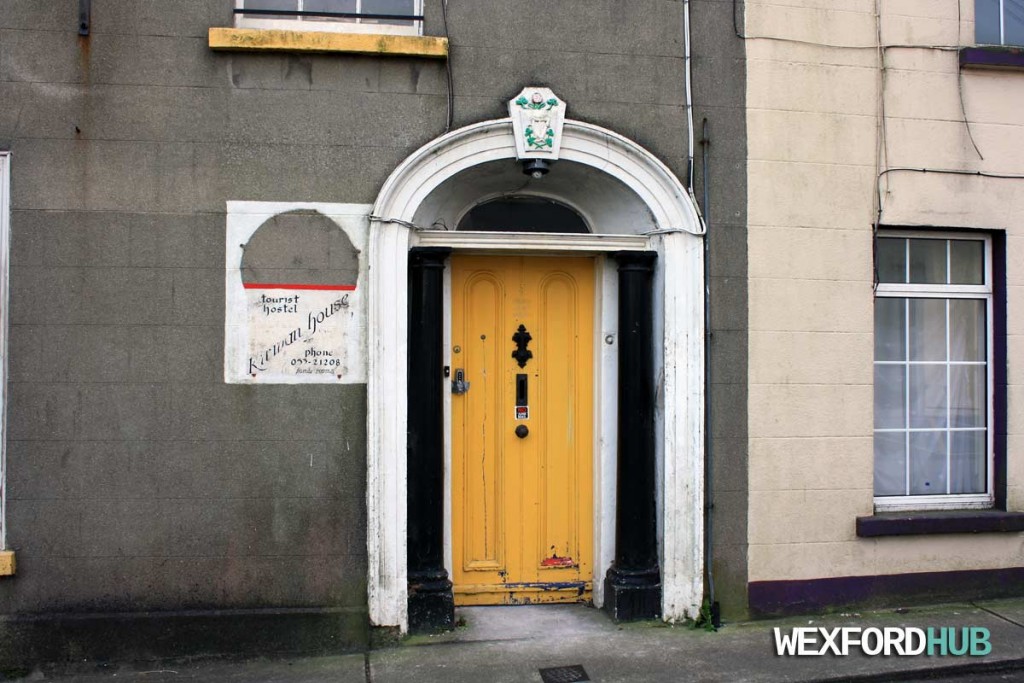 Above: One of the old Georgian-style houses that are present on the street. This is Kirwan House, which is a tourist hostel.

It interesting to note that this street was the location of Raby’s Gate (sometimes called Friar’s Gate, or Keyser’s Gate), which was one of six public gates that provided access to the walled town of Wexford.

A map showing the location of Mary Street in Wexford Town: