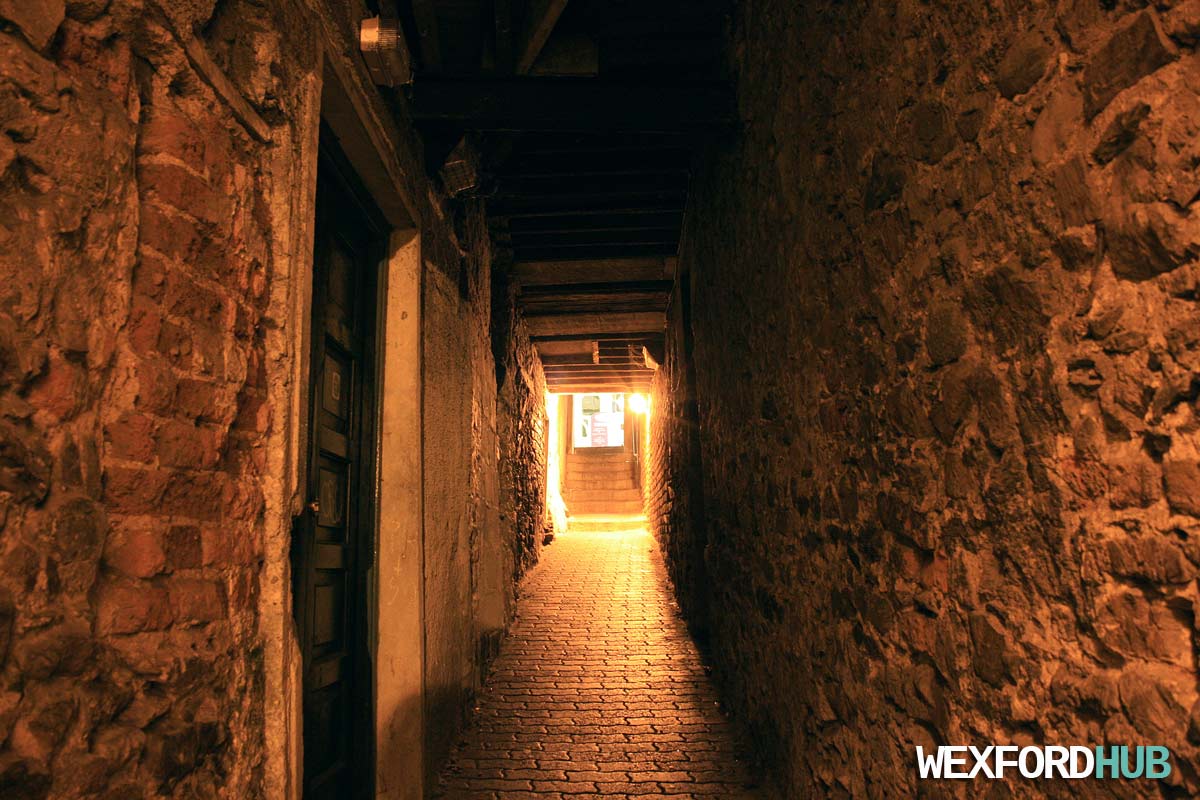 A photograph of the lane, facing in the direction of the entrance on South Main Street.

Keyser’s Lane (meaning: the lane to the quay) runs from Wexford’s High Street to the car park on Crescent Quay. Dating back to Norse times, this lane used to separate the old parish boundaries of  St. Patrick’s and St. Iberius’. Nowadays, the eastern half of lane can be found under a small archway on South Main Street.

An embossed metal sign above the archway reads as follows:

The name Keyser’s Lane appears in the Norse towns of Wexford, Waterford and Dublin. In 1575, Holinshed’s Dublin Chronicles is found speculating as to its long forgotten origin. These Keyser streets ran steeply down to the Norse waterfront. The name, in saga Norse, appears to mean ‘the street of the ship wharfs’.

As mentioned above, Keyser’s Lane is so old that publications were speculating about its origins back in the 16th century!

The western part of Keyser’s Lane is on the opposite side of South Main Street. Before the car park on High Street was created, this section of the lane was filled with houses; most of which were occupied by families belonging to military personnel.

It is worth noting that the eastern side (seen in the photograph above) is also known as Slegg’s Lane and that locals sometimes referred to it as Cromwell’s Lane (probably in reference to nearby Kenny’s Hall, where Cromwell is believed to have stayed after the sack of Wexford).