Cornmarket is situated in the centre of Wexford Town, close to the town centre. It connects Mallin Street and John’s Gate Street with Abbey Street and The Bullring. 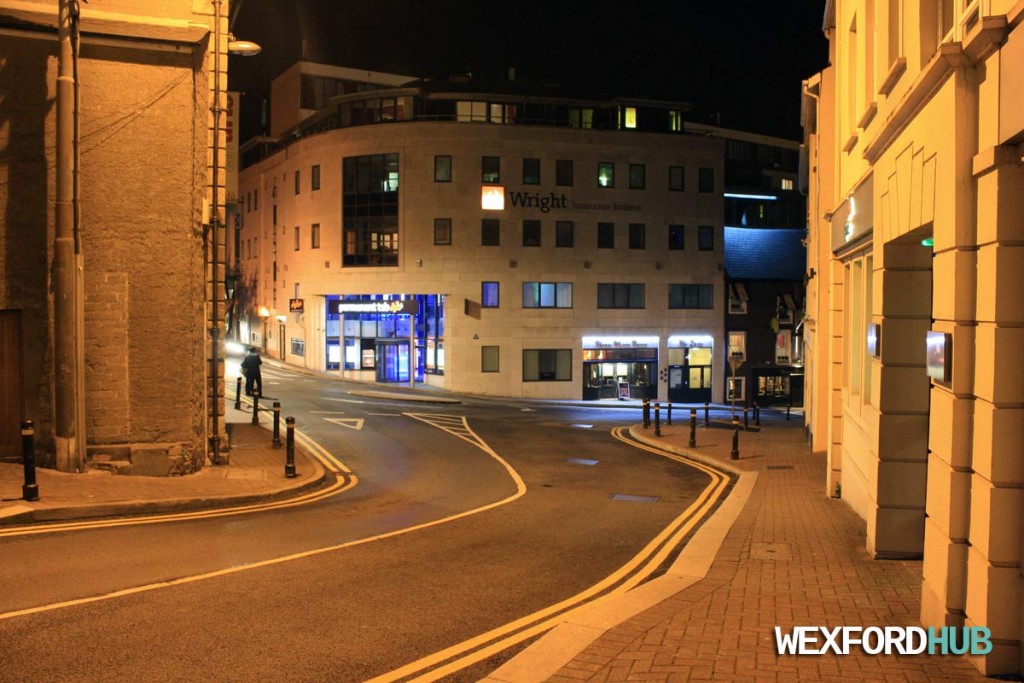 Above: Cornmarket at night. The building on the left belongs to the Wexford Arts Centre. Straight-ahead, you can see Permanent TSB, Wright Insurance Brokers and Thomas Moore Tavern. The area is also home to businesses such as Paula’s Barber Shop, a furniture store called Kelly’s of Cornmarket and Kirwan & Kirwan Solicitors.

In Nicky Rossiter’s book The Streets of Wexford, he points out that the Cornmarket area was home to a pre-Viking settlement of Irish Celts. He also notes that the name Cornmarket came about because it was officially designated as the spot where farmers from the countryside could travel into town and sell their corn.

Wexford man and local historian Dr. George Hadden, who recently gained media attention for his feat of walking 10,000 miles through China in 1914, previously suggested that the area was home to a marketplace that pre-dated the arrival of the Vikings in 800AD.

The market continued to flourish after the arrival of the Normans in the 13th Century. Strict laws were introduced so that potatoes and corn could only be sold at Cornmarket, and not in other areas of the town. The town gate on John’s Gate was designated as the gate that farmers had to use when entering the town to sell their produce. 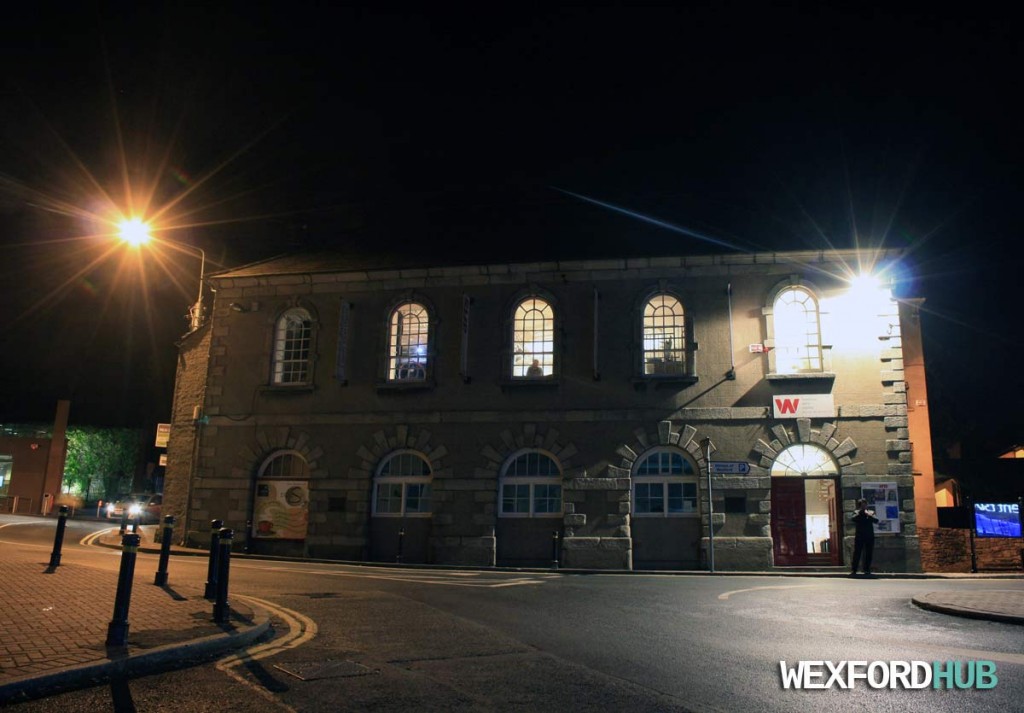 The street that connects The Bullring / North Main Street with the Cornmarket was previously known as “The Gut”. Back then, the street was much narrower than it is today. Later, it was widened to accommodate traffic. 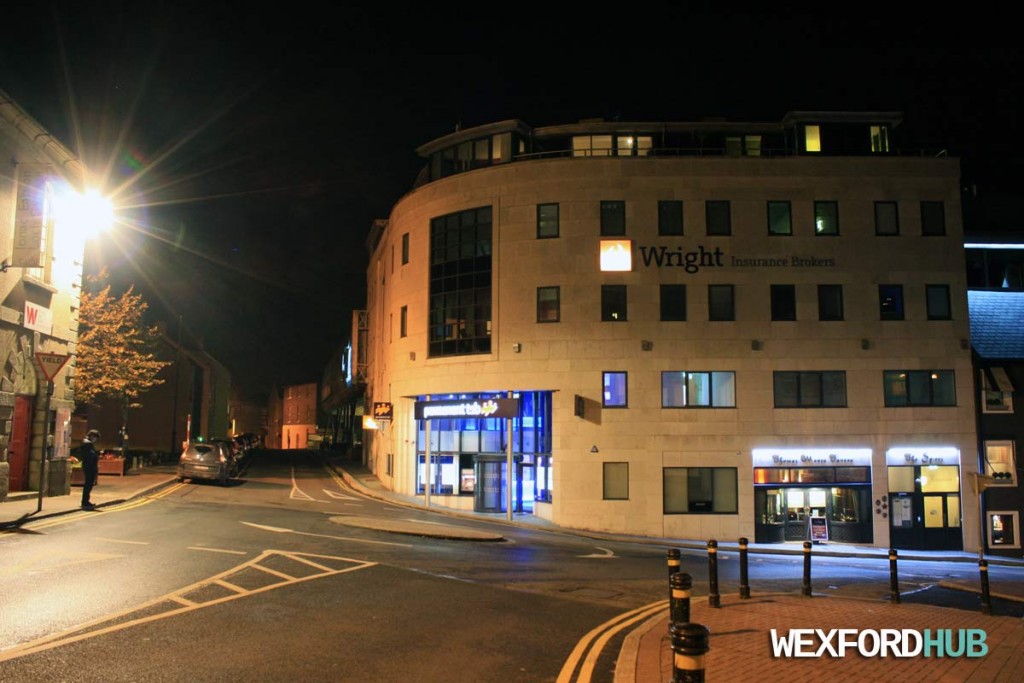 Above: Looking towards Abbey Street. On the right, you can see Thomas Moore Tavern, which is a popular restaurant and bar that dates back to the 1700s. 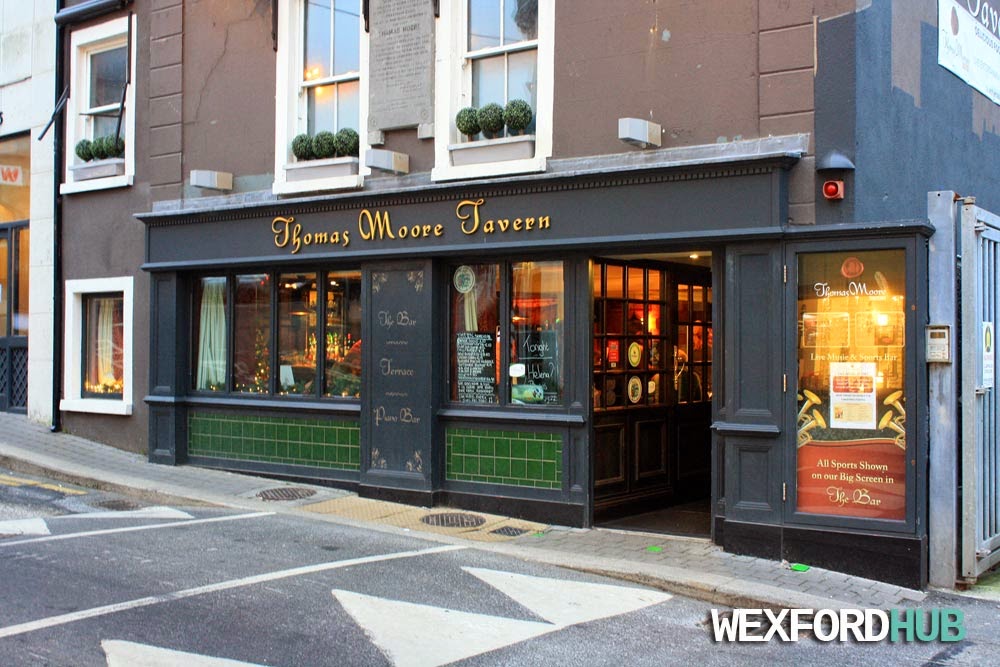 Originally, it was known as “The Ark”. During the mid-2000s, the building was renovated and connected with the new commercial building beside Whites Hotel. The building was originally built to serve as a three-storey house (circa. 1750). It was in this house that the mother of Irish poet and songwriter Thomas Moore was born (Anastasia Codd). 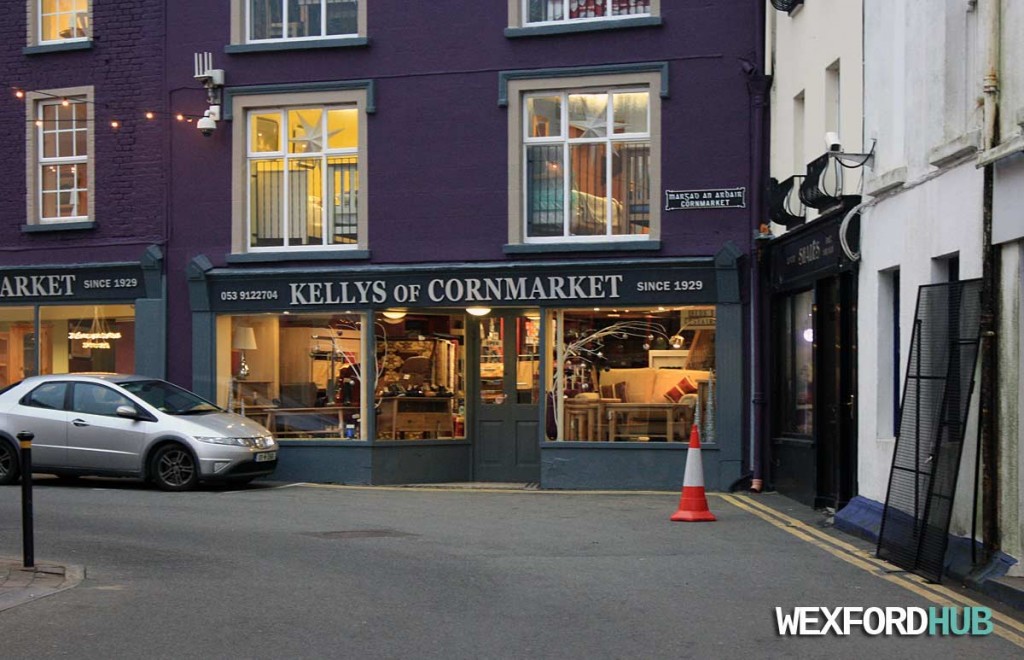 Above: The Kellys of Cornmarket store, which sells furniture. In the past, this building was comprised of several different shops. It was also the location of an independent church called Bethesda. Up until 1832, there was a theater situated here. This particular part of Cornmarket was once known as The Gut. The black shop-front to the right is called Shades Hair Salon.

A map showing the location of Cornmarket: