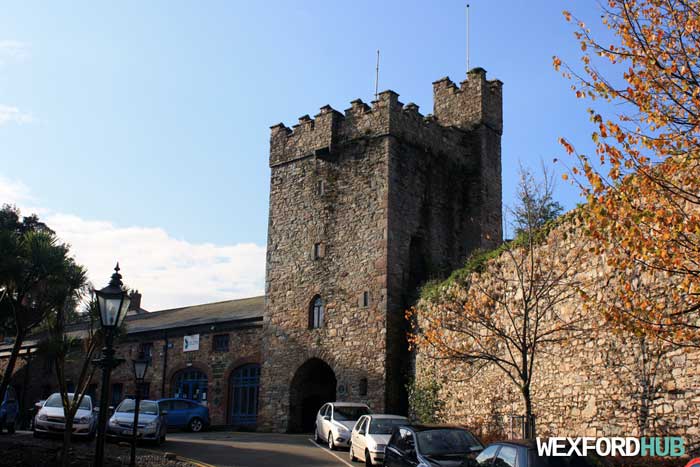 A photograph of Westgate Tower in Wexford Town, Ireland.

Westgate Tower is a medieval gateway that is situated in Wexford Town, close to the grounds of Selskar Abbey. During feudal times, this prominent stone structure was one of seven gates that provided access to Wexford Town.

At the time, Wexford Town was was enclosed and protected by a large defensive wall. Construction of the wall began in the years that followed the arrival of the Normans back in 1169. 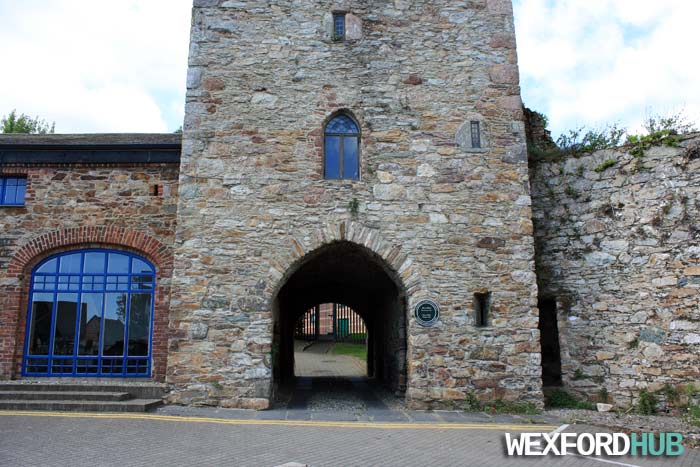 The gateway, which is situated next to the Westgate Heritage Centre.

Unfortunately, there seems to have been a bit of a mix up over the years, as this entrance wasn’t actually called “West Gate”. Instead, it was called “Selskar Gate”. “West Gate” was  the name of another entrance, which was located less than 50 metres away (to make things even more confusing, this gate is often referred to as “the castle in Selskar”).

A map that shows just how close these two gates were to one another: 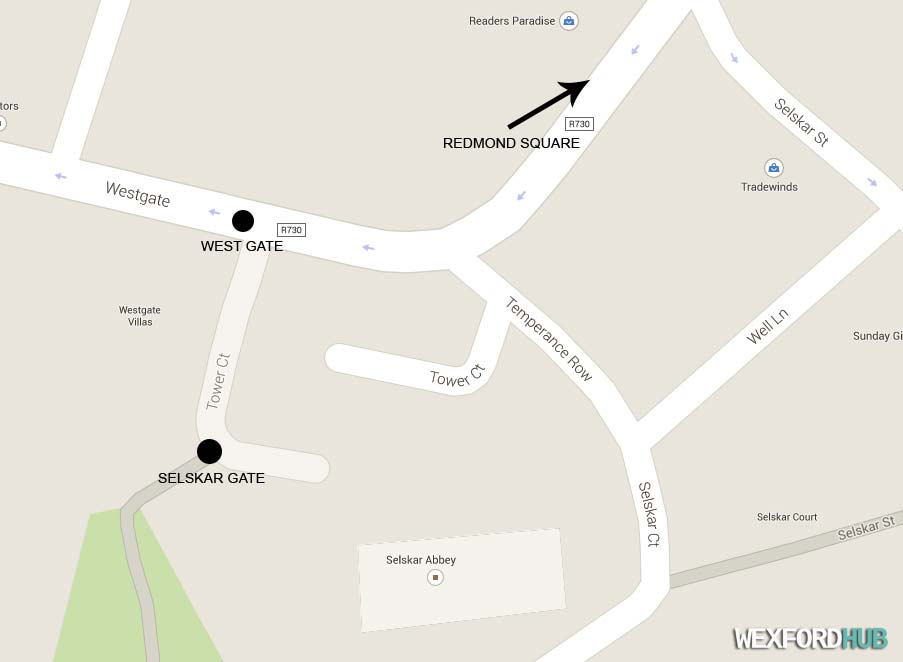 A map showing the true location of West Gate (aka Cow Gate).

As you can see, the original “West Gate” was situated on the R730 regional road that runs through Wexford Town (a few metres down from the Wexford Vocational College – just outside of the entrance to Tower Court). This road is also named “Westgate”.

The tower that you see today did not provide public access to the town – instead, it was part of the grounds that surrounded Selskar Abbey (it is important to note that parts of Selskar Abbey existed both inside and outside of the town wall). This “private” entrance may have allowed clergy members to bring goods into the abbey complex without having to pay a toll.

The fact that it did not provide street access may have saved it from being demolished, as the other gates in Wexford Town were removed in order to facilitate the growth in traffic.

The “castle” that you see on top of Selskar Gate is actually a Norman tower house that was probably added back in the 1300s.

This entrance is Wexford’s only surviving town gate,  as John’s Gate, West Gate, Friar’s Gate, Peter’s Gate, Bride Gate and Castle Gate have all since been demolished. 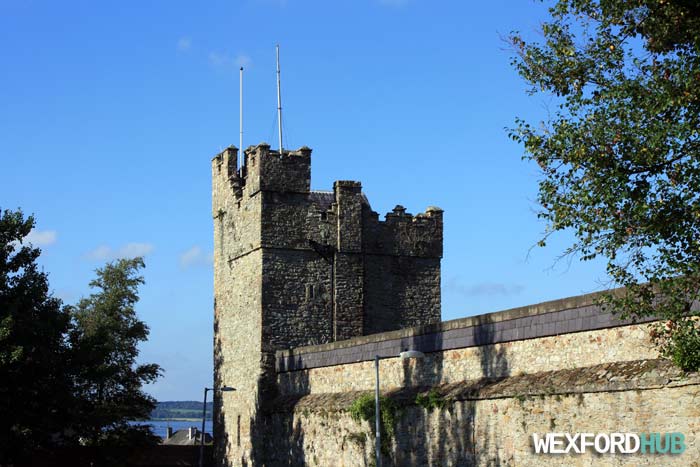 Selskar Gate, as seen from outside of the wall.

The confusion over the name seems to have stemmed from the removal of the original “West Gate”, which was also called “Cow Gate” (as you can imagine, this alternative name has only added to the sense of confusion that surrounds this part of Wexford Town). After its removal in 1759, the name “West Gate” lived on via the street name that we still use today. During the years that followed its removal, people also began to use the name “West Gate” to describe the tower at Selskar Gate. As time passed by, it seems as though Selskar Gate began to lose its true identity. 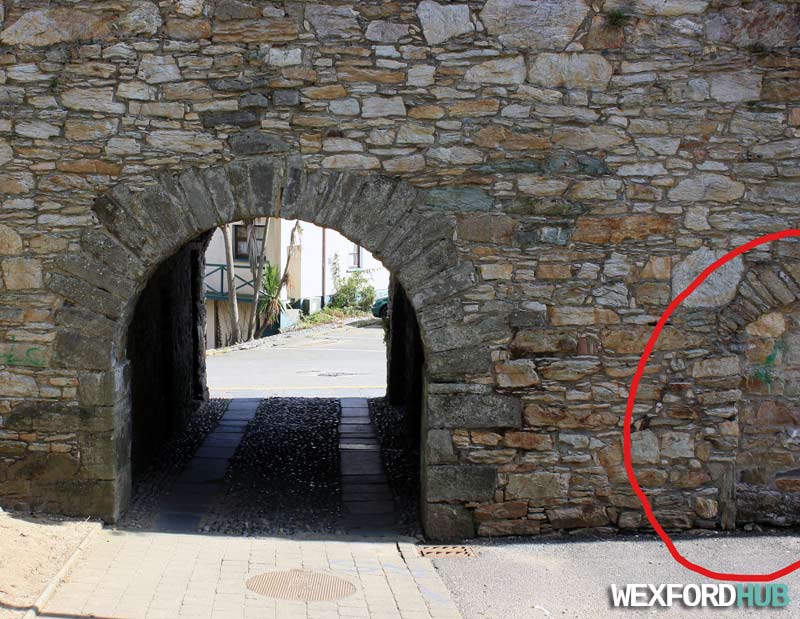 If you stand at the other side of the wall and look to the right of the gate, you will see the outline of an old postern gate, which was a side entrance that has since been blocked up.

The tower at Selskar was restored during the 1980s. Before its restoration, the top of the tower was in a bad state, as the battlements had been eroded and the walls were completely covered in ivy. During the 1990s and early 2000s, the land outside of the wall was cleared and redeveloped. Wild shrubs were removed and a pathway was installed before the area was opened to the general public. Prior to its redevelopment, the area was wild and unkempt, as it consisted of a dirt path that was surrounded by wild plant life, trees and thorn bushes.

The building beside Selskar Gate is home to the Westgate Heritage Centre, which provides a presentation on the history of Wexford Town. At the centre, visitors can see what rooms looked like inside the walls of a Norman fortification. Walking tours of Wexford Town are also available.

The main entrance to the tower can be found in Westgate, which is just up the road from Redmond Square: