Hill Street is a small stretch of road that is located in the heart of Wexford Town. Traffic-wise, it is a relatively busy street, as many motorists will take the R769 regional road when entering the town centre.

On Hill Street, you will find:

In the past, Hill Street was often referred to as Cabbage Row. Back then, the street consisted of a row of cottages, many of which had fertile gardens. These gardens were often used by the residents to plant vegetables such as cabbages. In the 1920s, there was an effort to rename the street to Sean McDermott Street; after an Irish political activist that was executed for his part in the 1916 Rising. However, this change was later rejected by local residents during a plebiscite vote in 1932. 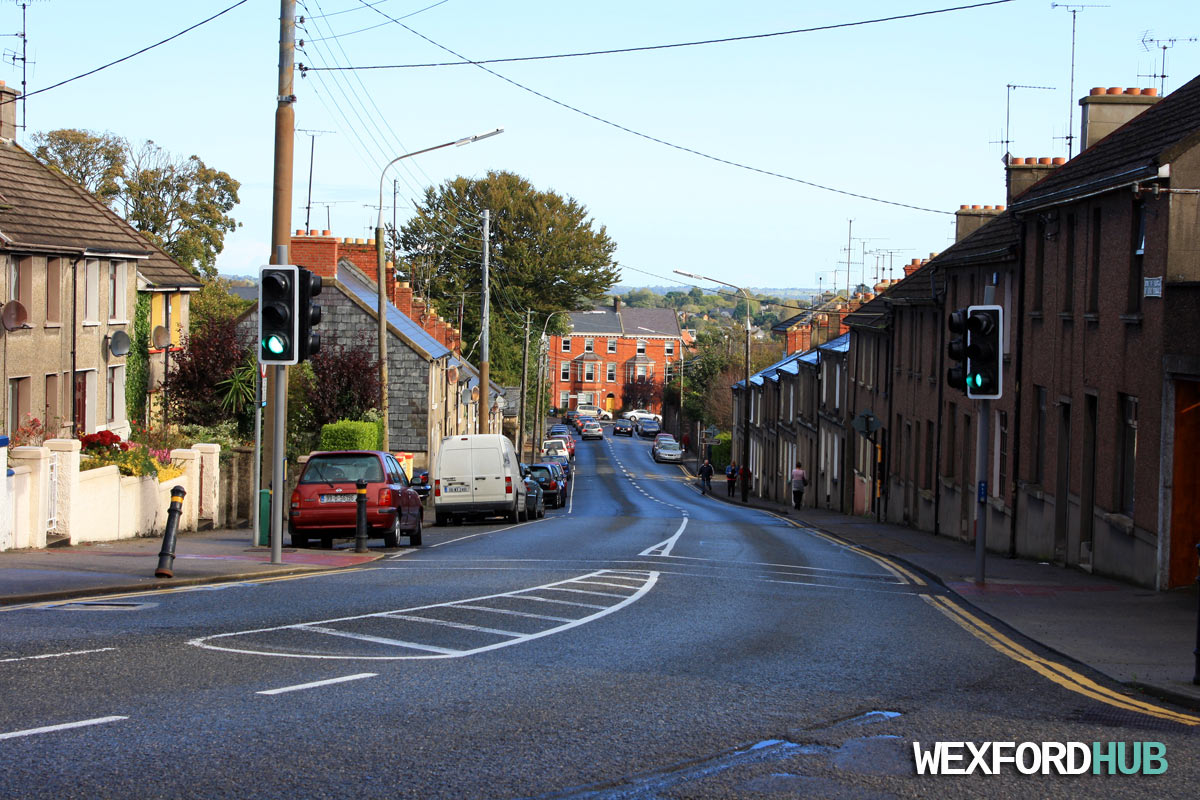 Pictured above: This was taken at the top of Hill Street, by Wygram Place. Behind me, lies a pub and off-licence called William Gaynor and Sons, as well as Crossroads Foodstore, which was closed in August of 2013. Crossroads was run by a local Wexford businessman called Erdie Murphy, who sadly passed away in October of 2014 after a lengthy battle with cancer. Erdie was forced to close the newsagents back in August of 2013 after a new traffic light system was installed in the area. According to Erdie, the new traffic management system made it extremely difficult for motorists to ‘stop by’ and ‘pick up a newspaper’. The popular store had been operating for 44 years. 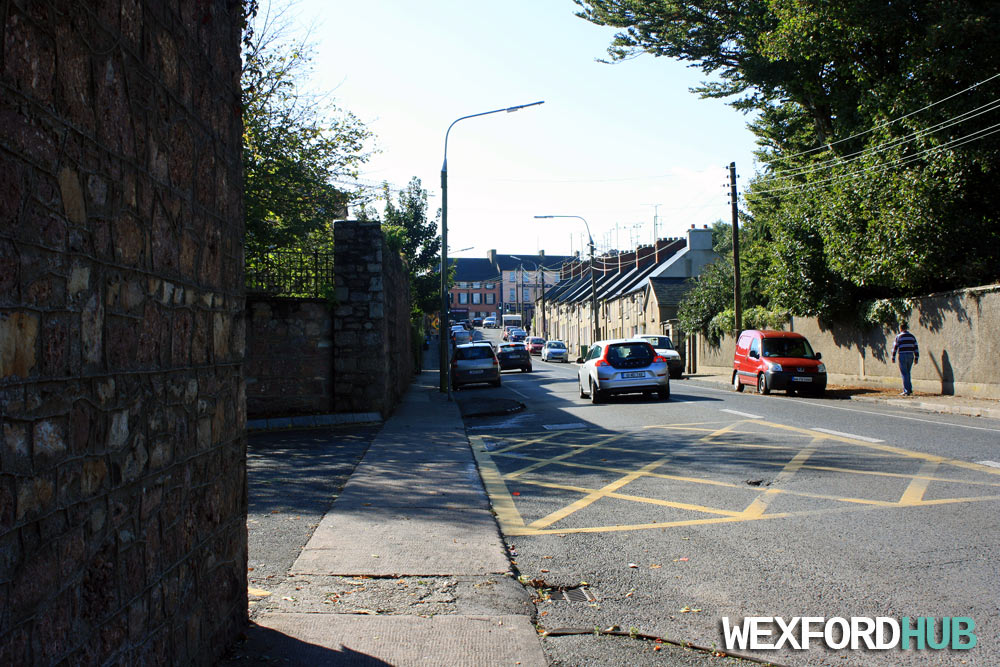 Pictured above: Taken at the entrance to the old county hall, which is now used by the Wexford Chamber of Commerce and the Wexford Campus School of Art Design. In the past, it was the grounds of Wexford Gaol.

The picture above was taken at the entrance to Westgate Park, which used to be Croke Avenue. Croke Avenue was demolished during the 1990s and rebuilt in a cul-de-sac on John Street (just a few meters away). At the top of this picture, you can see the popular pub and off-licence Gaynors. Obscured by the bus is the now-closed Crossroads Foodstore. The back entrance to the Wexford Vocational College (the Tech) is located in Westgate Park. 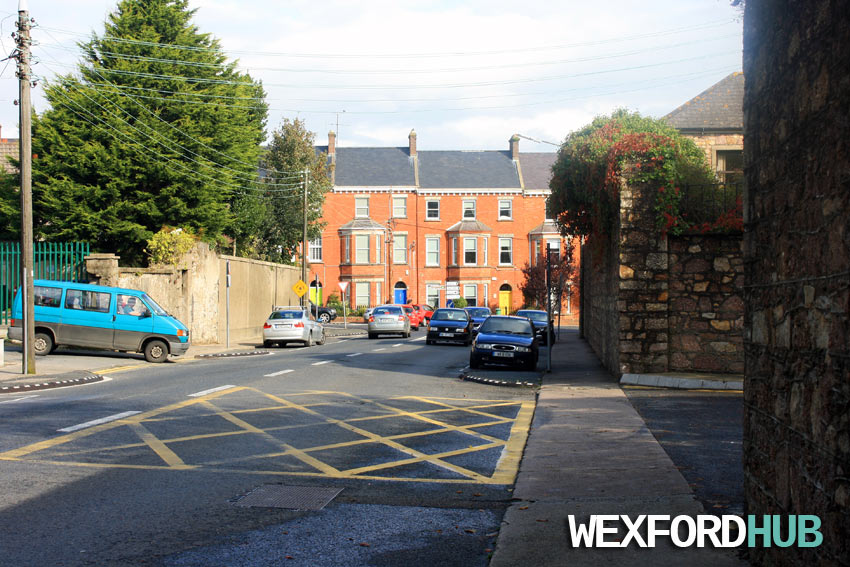 Ahead, down by the roundabout, you’ll see the red terraced houses at Glena Terrace, which is located on Spawell Road. 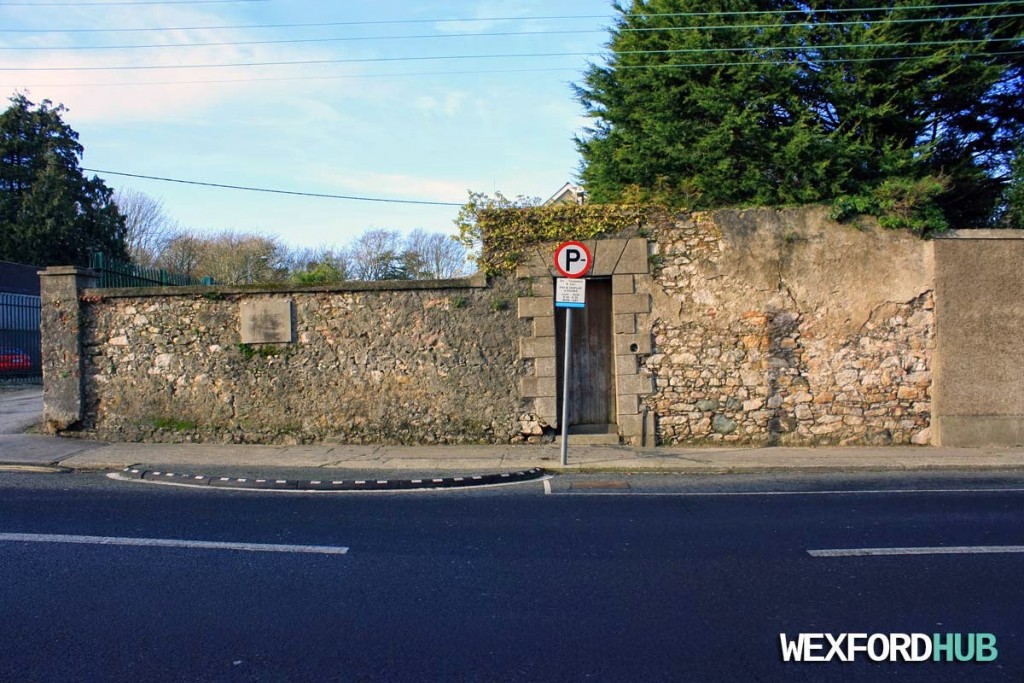 Above: The site of the old Wexford Infirmary, which was once located on Hill Street. In June of 1798 (the 1798 Rebellion had broken out), the infirmary became the site of a massacre. Following the capture of Wexford Town by British forces, the infirmary was set on fire. As a result, 57 wounded United Irishmen lost their lives in the blaze. Sadly, it seems as though the wall and the plaque in the photograph above have been recently removed to accommodate construction works in the area.

The 1901 Census shows that families such as Hayes, Doyle, Kelly, Aylward and Whitney lived on Hill Street. A few examples of the residents: