Wexford’s Trinity Street runs from Paul Quay and the corner of King Street Lower to William Street by Maudlintown. It forms a part of the R730 regional road that connects Wexford Quay with Drinagh and the Rosslare Road roundabout. 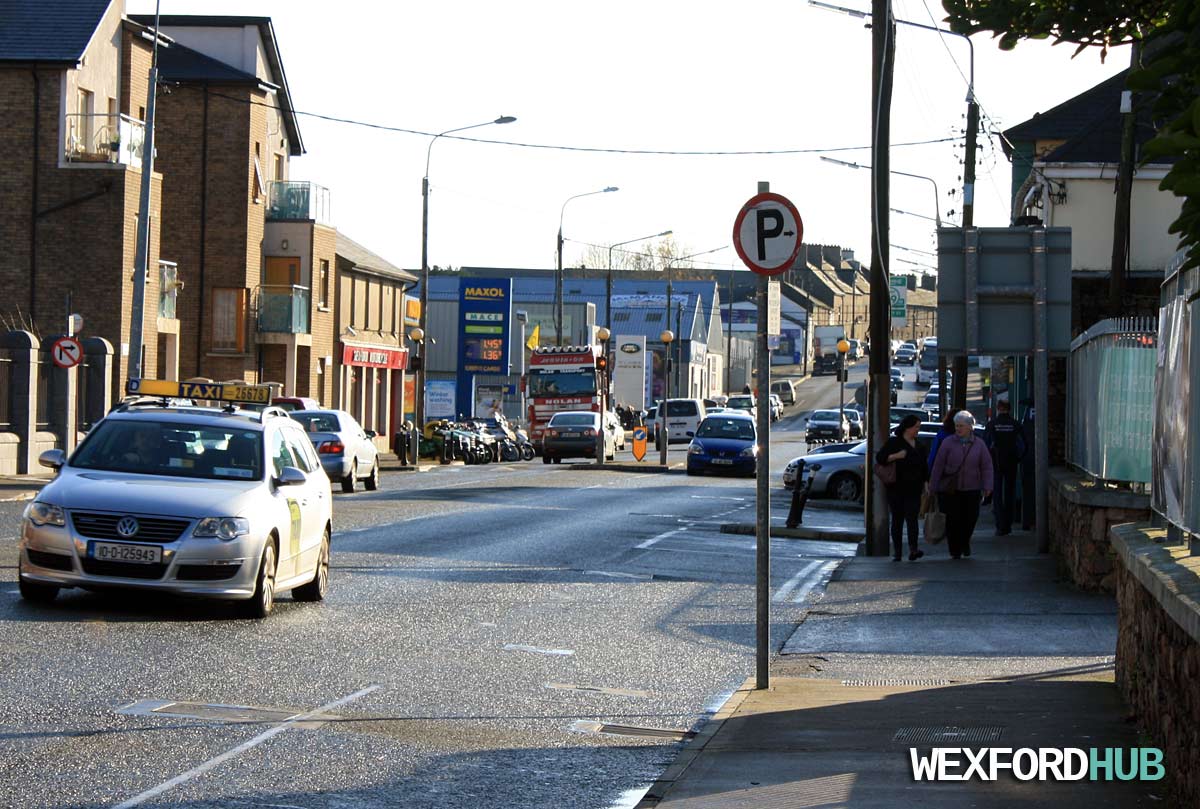 A photograph of Trinity Street in Wexford town.

The street was built during the 1800s and it is named after Church of the Holy Trinity, which was a Norse-Irish church. Unfortunately, no trace of this medieval church remains, as its ruins were most likely disassembled in order to repair Wexford Castle after Oliver Cromwell sacked the town back in 1649. As a result, the exact site of the Church of the Holy Trinity remains unknown.

An account from 1644 describes a ceremony that took place at the Church of the Holy Trinity, which would have laid in ruins at the time. The account in question describes how a procession of women took ‘three turns’ around the ruins before paying their respects to the remnants of the church and kneeling. The procession was led by the older women and it repeated the aforementioned steps a number of times.

The name “Holy Trinity” comes from the Christian doctrine that defines God as being three persons: the Father, the Son, and the Holy Spirit. The “Son” refers to Jesus Christ, who many Christians believe to be the Son of God.

Trinity Street was built on land that was recovered during the 19th Century land reclamation projects that were undertaken in the town. Maps and illustrations from the time show that a large dockyard existed on the street. This busy dockyard was constructed by the Redmond family. Over the years, the site of the dockyard has been used by well-known businesses such as the Star Iron Works, Wexford Electronix and Clover Meats. Nowadays, the site remains empty. However, there are currently plans in place to convert the wharf into a high-quality business park that contains corporate office space. 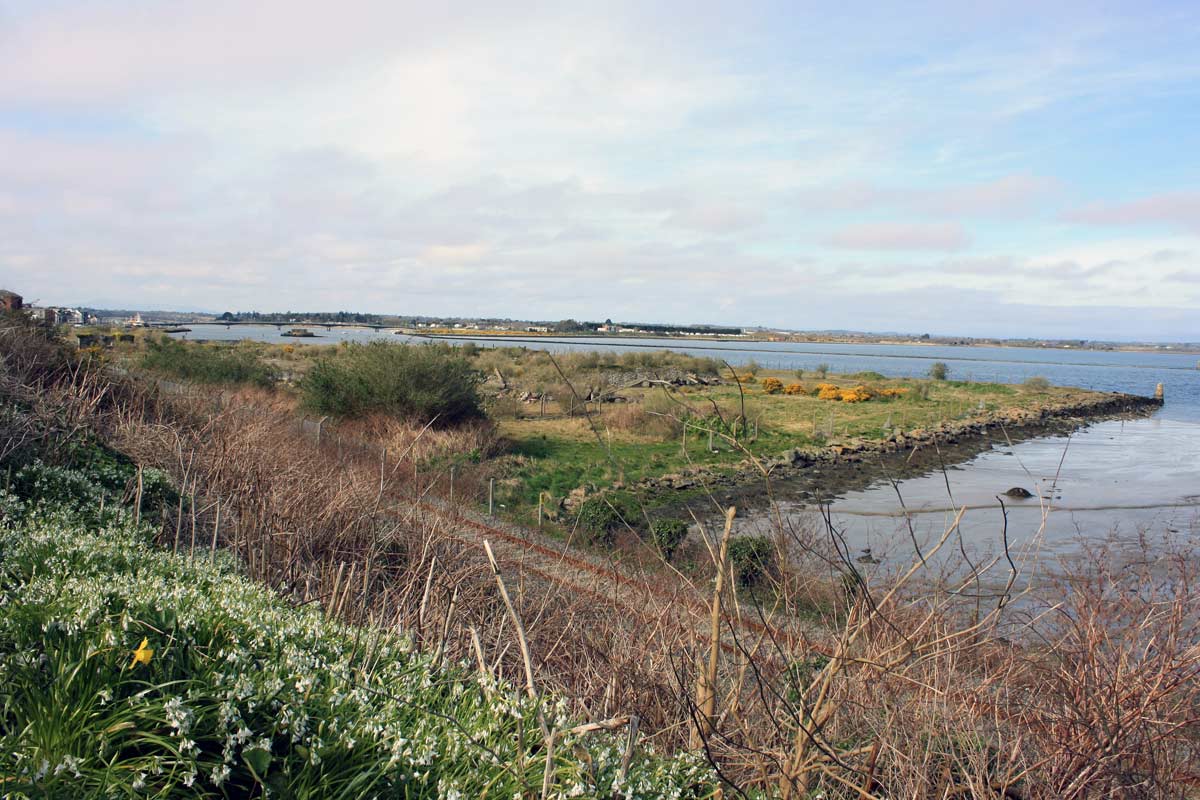 The Trinity Wharf, where Wexford Dockyard and Star Iron Works once stood.

The street is home to a number of popular businesses, such as Talbot Hotel, ALDI supermarket, Trinity Hire and C+D Providers. 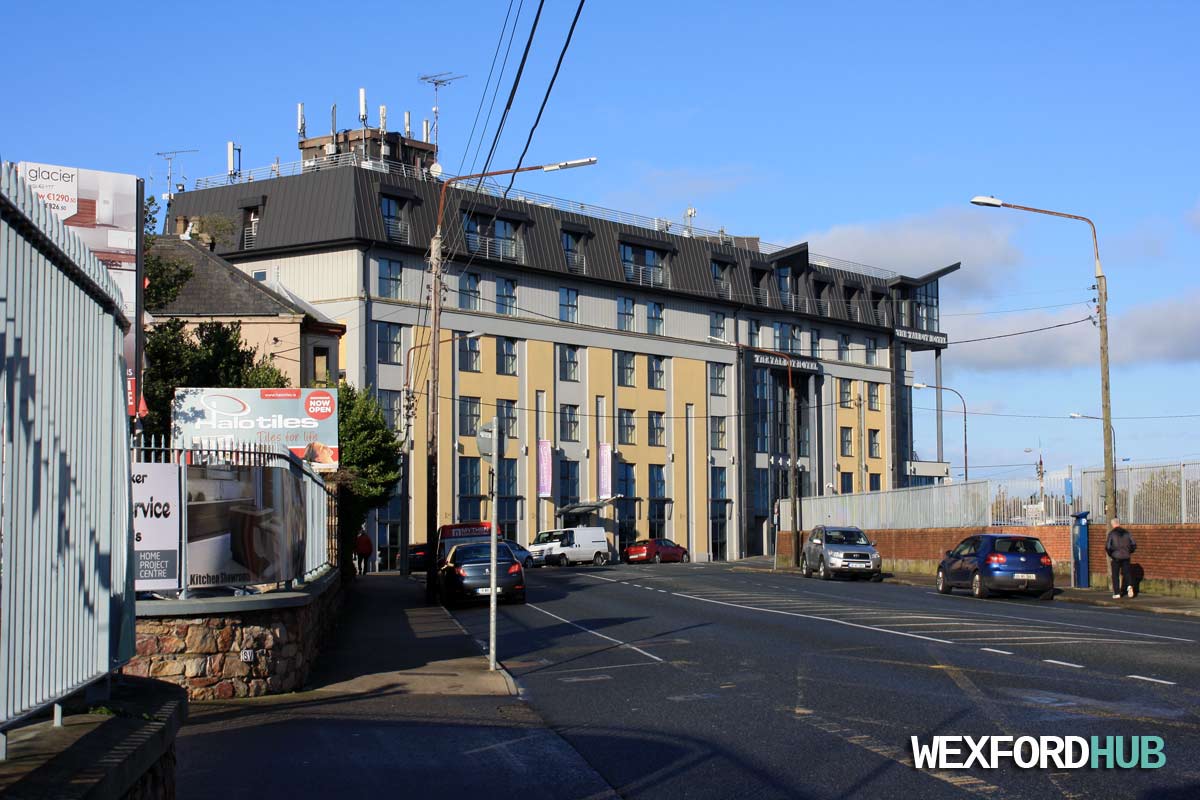 Talbot Hotel, which stands on the corner between King Street Lower, Paul Quay and Trinity Street.

A Google Map showing the location of Trinity Street in Wexford: