Grogan’s Road in Wexford Town is best known for being home to the Presentation Secondary School and the County Clinic. The street slopes down from the bottom of Summerhill before meeting up with Carrigeen Street, Roche’s Road and St. Peter’s Square. During the 1600s, the street was known as Bishop’s Street. 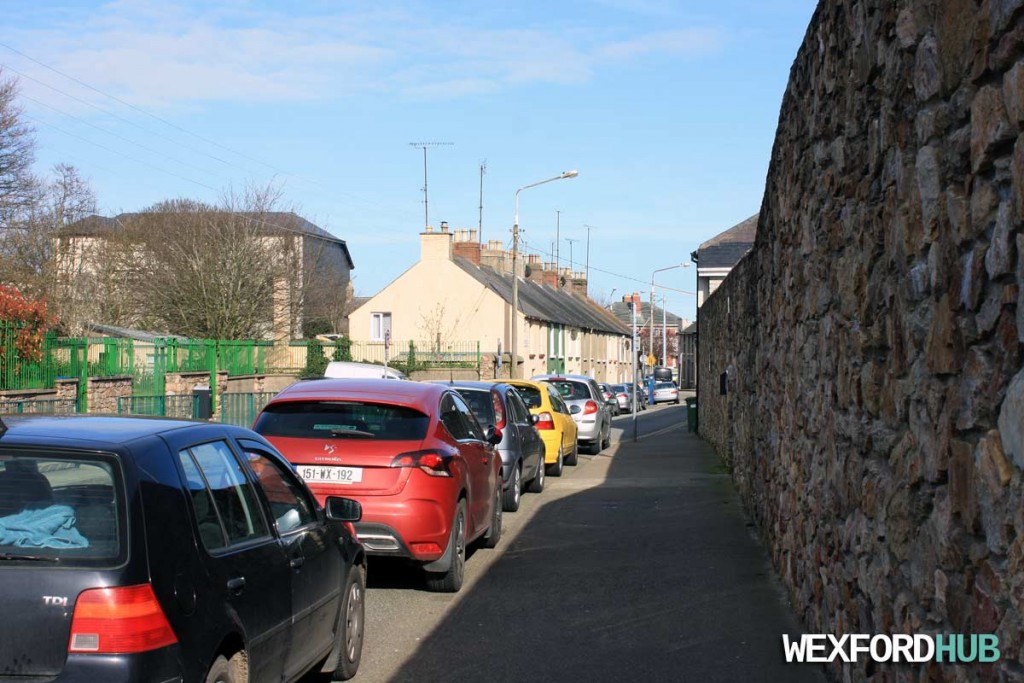 Above: A photograph of the eastern half of Grogan’s Road. The green gates on the left belong to the Presentation Secondary School, which is a Catholic secondary school for girls. The stone walls on the right belong to the County Clinic. In the past, the main entrance of the clinic was situated to the right of this photograph. However, in recent years, the walls around the clinic were redone and the entrance in question was removed.

The origins of the Presentation Secondary School in Wexford can be traced back to October of 1818, when two nuns from the Presentation Congregation in Kilkenny set up a convent in the town. Originally, it started out as a Primary School, before transitioning to a second-level school during the 1940s. The school is founded on the ideals of Honora “Nano” Nagle, an Irish woman from Cork that founded the Presentation Sisters during the 1700s. Nano Nagle is considered to be one of the chief pioneers of Catholic education in Ireland throughout the 18th Century. 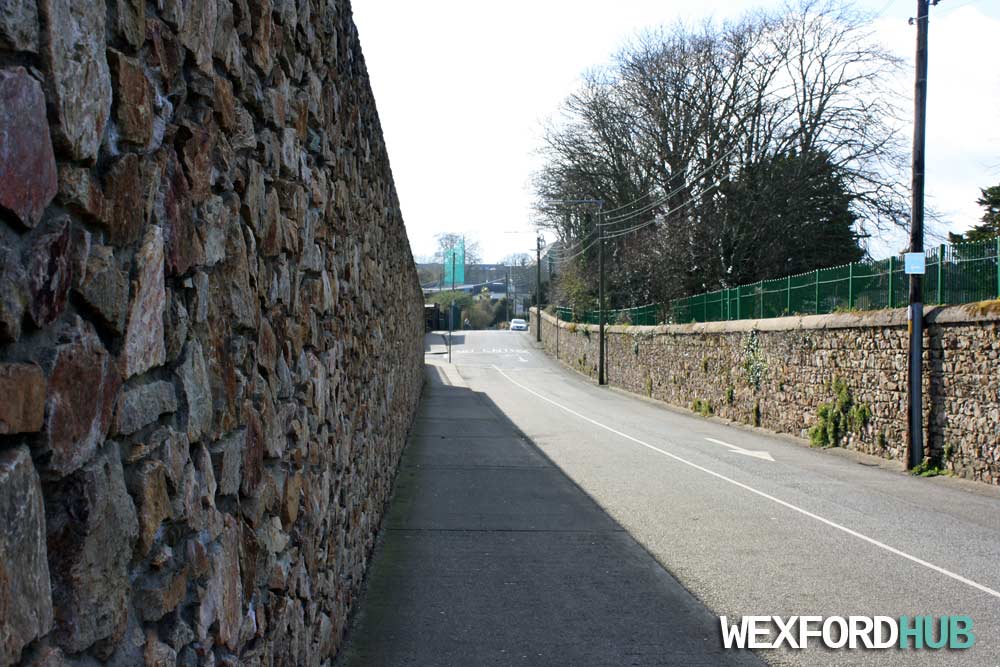 Above: The western half of the street. On the left, you can just about make out the entrance to the County Clinic. The wall and gates on the right surround the sports fields of the Presentation Secondary School.

In 1818, Grogan’s Road became home to a Fever Hospital that had six wards and sixty beds. Because Wexford had a busy port at the time, the town often fell victim to epidemics and outbreaks. The Fever Hospital on Grogan’s Road, which is situated where the County Clinic is today, was often used to house patients that had become infected with Cholera; a bacterial infection that is typically transmitted via contaminated food. In his book The Streets of Wexford, Nicky Rossiter tells us how the Cholera epidemic that hit Wexford during 1832 could be traced back to the Bengal region of India. The outbreak in Wexford started when two sailors died from Cholera while their schooner was docked at Wexford Quay.

The County Clinic opened in December of 1955; on the site where the Fever Hospital had been located. The clinic manages a wide range of services, from the registration of birth certificates to dental healthcare. It is also well-known for being the location of Wexford’s Caredoc, which provides GP care to people outside of regular working hours. This includes 24 hour service on weekends and special holidays, as well as night-time cover on weekdays (Note: If you found this article while searching for contact information for Caredoc; then you should know that the phone number is 1850 334 999 and that a map is available at the end of this article).

The 1901 Census shows us that families such as Barnes, Kinsella, Stone and Cullen lived on Grogan’s Road. Here are a few examples of the families that were listed in the census:

A map showing the location of Grogan’s Road in Wexford Town: