The Wexford Wildlife Reserve (aka “The Bird Sanctuary”) is a National Nature Reserve and a designated “Ramsar Site” that is located 8 kilometres outside of Wexford Town, in the North Slob area of Ardcavan. The wildlife reserve centre is popular amongst tourists, nature-lovers, school students and photographers; as it provides a scenic view of an area that is often teeming with various types of birds and mammals. Throughout the year, the area becomes home to geese, swans, ducks, raven and other bird species. Examples include, but are not limited to:

The area is also home to mammals such as the Irish Hare, Badgers, Irish Stoats and Otters.

Before the land at the North Slob was reclaimed in the mid-1800s, the area consisted of a number of different islands. The most famous of these was called Begerin Island, which was the home of one of the earliest Christian sites in Ireland. It was at Begerin Island that St. Ibar established his Christian monastery; a place where he could isolate his followers from the pagan influences that surrounded them. 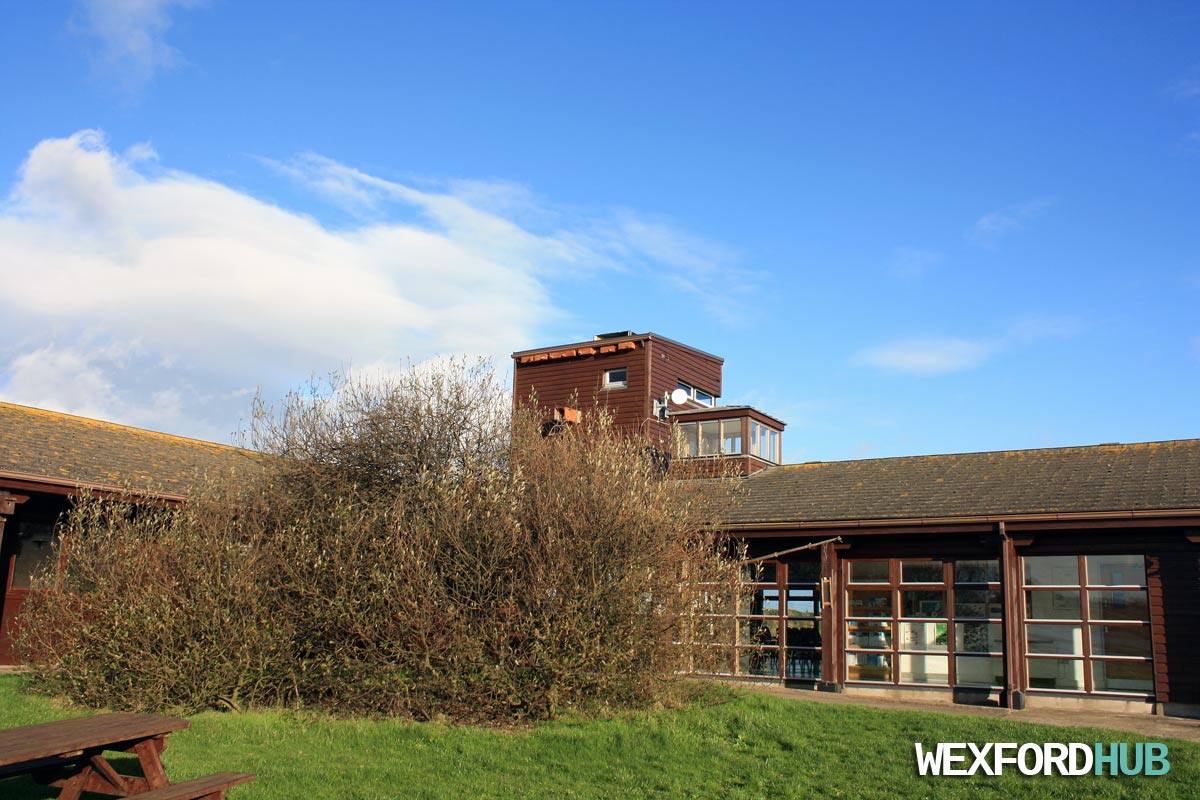 A photograph of the Wexford Wildlife Reserve centre in Ardcavan.

In 1840, a major land reclamation project began in County Wexford. One of the main aims of this project was to reclaim the land at the north and south of Wexford Harbour. The work, which began in 1847, led to the construction of a “sea wall”, which was an artificial bank that was built alongside the current (natural) bank. Once the construction of this seawall was complete, the surrounding land was drained with the help of pumps, drains and canals. Afterwards, the reclaimed land was ploughed and prepped for cultivation.

The Wexford Wildlife Reserve visitor centre is open throughout the year (except on Christmas Day). It’s opening hours are between 9AM and 5PM. The centre is an extremely popular spot for children, as it contains information about some of the different wildlife that inhabits the area. It also contains models of some of the various birds that visit the region. The pond outside of the centre is often filled with ducks; all of which can be fed if you are willing to ask the receptionist desk for a small carton of seed (obviously, this will depend on whether they have any on hand).

Update October 2015: The birds can no longer be fed. According to the centre, the seed was attracting unwanted pests. Bread cannot be fed to the ducks either, as it can cause them health issues. 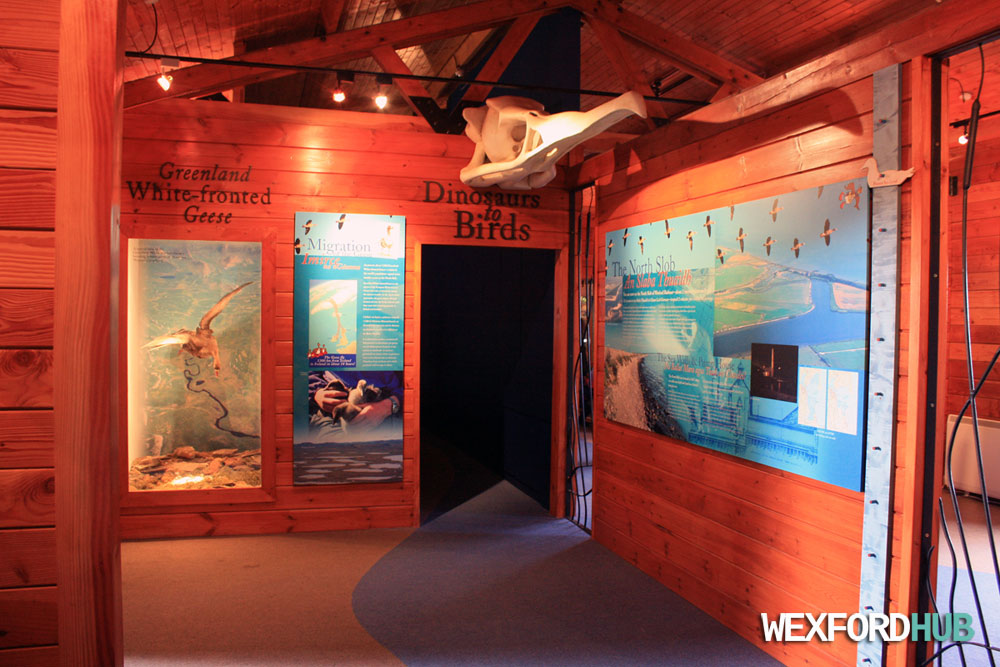 A photograph of the inside of the centre. Here, you can see the Dinosaurs to Birds section, which displays information about how birds evolved from dinosaurs.

The centre also contains a watch tower, which provides a spectacular view of the North Slobs, Wexford Harbour and Raven Wood in Curracloe. For obvious reasons, this is a popular spot for photographers and birdwatchers alike.

To visit the Wexford Wildlife Reserve, you will need to find the relevant turn-off on the road between Castlebridge and Wexford Town. This turn-off is marked by a sign that says “Wexford Wildfowl Reserve”. This road will bring you through the Ardcavan area of Wexford, past the entrance to Ardcavan Beach. Please note that this road is extremely narrow and that you should try to maintain a slow and careful speed.

A map showing the location of the centre can be seen below:

If you look at the map above, you can see that a ring of water surrounds the North Slob area. This “river” is called the Slob Channel.