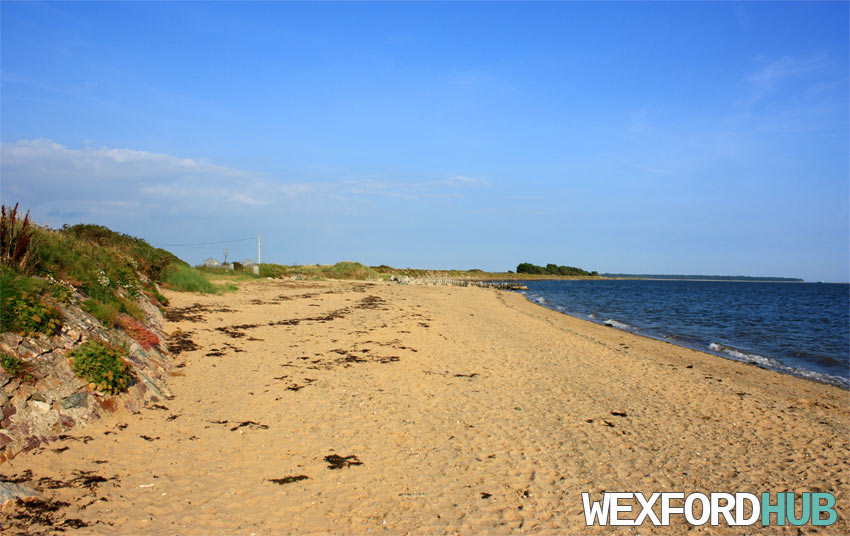 A photograph of Ardcavan Beach. Looking towards the entrance.

Ardcavan Beach is a small and stony beach that is situated on the outskirts of Wexford Town. Although the beach itself is not suitable for swimming or bathing, it is an extremely popular spot for dog walkers, many of whom will let their dogs loose so that they can mosey around and get their paws wet.

A video of the beach:

During the milder months of March to October, the area is frequented by people that are looking to kick back, relax and take in the fresh air. One of the biggest appeals of the beach is the wonderful view that it provides of Wexford Harbour. Crab fishing is also popular at the river mouth by the entrance.

As you step out onto the sand, one of the first things you’ll notice is that Raven Point is visible to your left and that parts of Wexford Town’s skyline can be seen on your right. 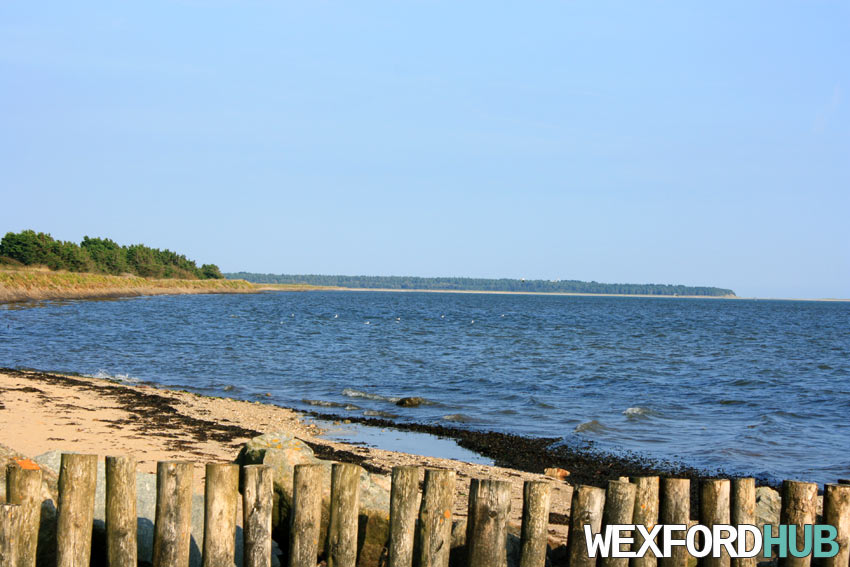 A beautiful view of Raven Point, as seen from Ardcavan.

Unlike Curracloe, the shore is blanketed in small stones, rocks and seaweed, which can make it difficult to traverse in bare feet.

There is a historical significance to the area, as the shore was once home to an early Christian church that was founded by St. Caomhán, the patron saint of Inisheer. From the beach, you might have been able to see the island of Begerin (“Little Ireland”) had it not been reclaimed as part of the North Slob. Begerin Island was the site of a Christian monastery, which was founded in 500AD by Saint Ibar. Historians believe that he chose the island because it allowed him to isolate his followers from the pagan influence of nearby druids. The island itself it was connected to the mainland via a wooden bridge. In 1171, the island was used by the people of Wexford Town to temporarily imprison Robert Fitzstephen, who had led the Norman invasion of Ireland.

The entrance to Ardcavan Beach can be found on the same road that leads to the Wexford Wildfowl Reserve in the North Slob. The turn-off for this road can be found on the R741 between Wexford Town and Castlebridge, beside
Grannell Motors, which is a Mazda dealership.

On average, the drive will take about 10 minutes from Wexford Town. Do note that the road in question is rather small and that you should proceed with caution, as it is a two-way system. A small make-shift car park exists at the entrance of the beach.