Anne Street is situated in the centre of Wexford Town. It connects Wexford Quay with North Main Street and South Main Street (these two streets meet at the top of Anne Street). According to Wexford historian Nicky Rossiter, the street probably got its name from Queen Anne, who became Queen of England, Scotland and Ireland back in 1702. 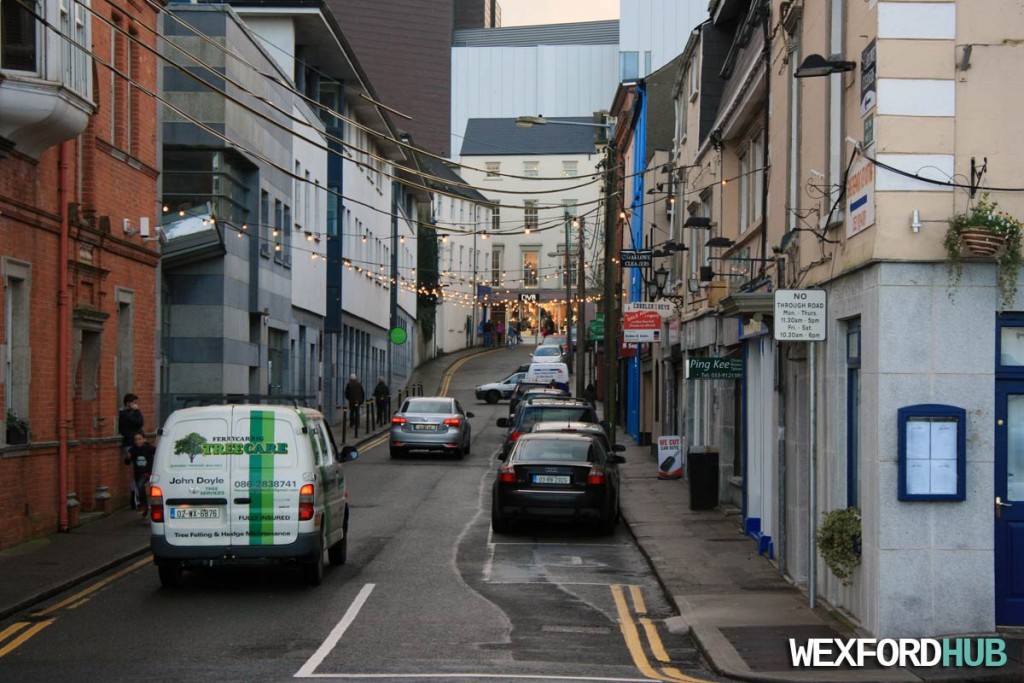 Above: Anne Street, as seen from the railway tracks on Wexford Quay. The blue and grey building on the right is a seafood restaurant called La Cote. Previously, the premises was home to a long-established business called Sidetracks, which was a popular spot for breakfast and lunch. The modern building on the left is currently used by the Wexford Credit Union. The bright lights at the very top of the street are emanating from DV8, which is a recently-opened clothing store. Previously, the building was home to fashion retailer AWear and an electrical goods merchant called Joyces of Wexford.

In the past, long before local authorities decided to reclaim the land around Wexford Quay, the shore would have extended up into Anne Street. This was made evident back in the 19th Century, when construction workers on the street uncovered the remnants of a sandy shoreline.

In the 1920s, the Wexford Borough Council attempted to change the name of the street to Thomas Ashe Street, after one of the founding members of the Irish Volunteers. The proposed change was not legalised, however, as locals rejected the new name during a plebiscite vote in 1932.

Locally, the street is probably best known for being home to the social welfare office in Wexford. Because of this, the name “Anne Street” is often associated with the topic of unemployment (with the street name being used in jokes and banter and whatnot).

On the opposite side of the street, you will also find the Wexford post office, which is housed inside an old red-brick building that was built in 1894. 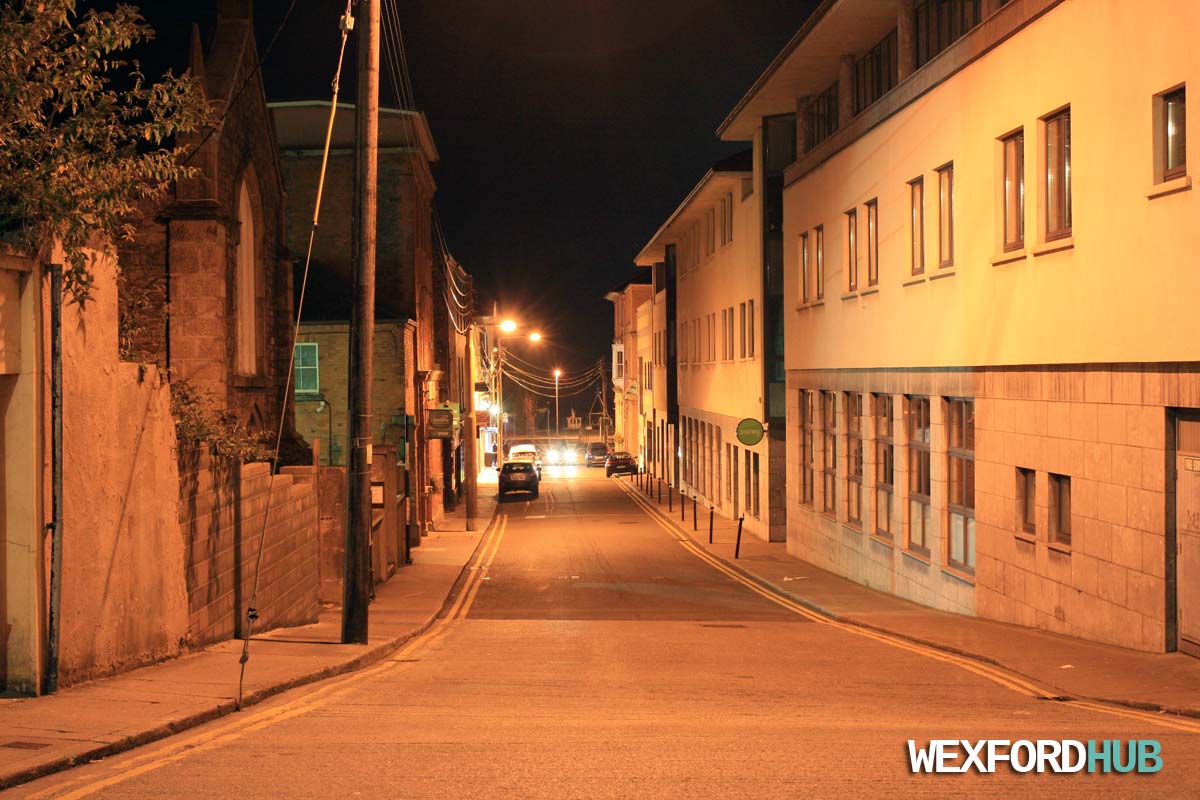 Above: The street at night time. Photograph taken in October of 2014.

In the past, the street was home to a hotel called The County Hotel, which was situated where the social welfare office is today (officially known as the Intreo Centre). While speaking about The Country Hotel, many locals recalled how it used to hold a disco every Thursday night. Others spoke about how they watched bands such as Cry Before Dawn and the Bushers playing at the hotel.

The street is also the location of a 19th Century Presbyterian Church. The church in question was built back in 1836. It was designed by an architect called Thomas Willis. 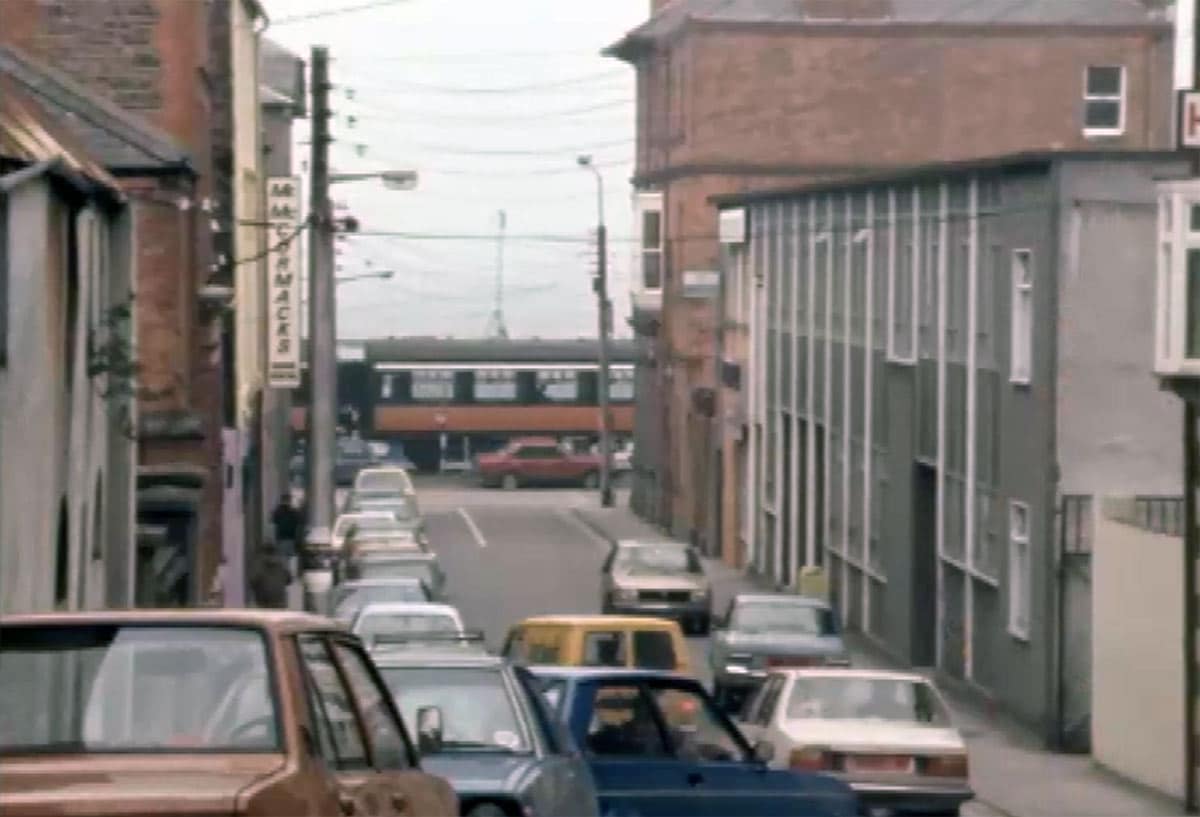 Anne Street in 1981. This is a still from an RTE news report into the economic woes that the town was facing at the time.

The 1901 Census tells us that families such as Godbey, Creed, Semple, Reilly, Purcell, Lambert and Murphy lived on Anne Street. A few examples of the families that lived here in 1901:

A map showing the location of Anne Street in Wexford Town: