The old Wexford Courthouse was situated on Wexford’s Commercial Quay, directly across from the town-side entrance of Wexford Bridge. The building was built in 1806 as a replacement for the courthouse that had been present in The Bullring. The building was designed by Irish architect Sir Richard Morrison (1767-1849), who also designed Knockdrin Castle in Westmeath and St Mary’s Pro-Cathedral in Dublin – as well as courthouses in counties Clonmel, Roscommon and Carlow.

Throughout its existence, the structure suffered from a number of issues, such as flooding, vandalism, fires and leaks in the roof. Minutes from local authority meetings paint the picture of a building that was constantly falling into disrepair.

Between 1899 and 1920, the courthouse was used by the Wexford County Council, which held its meetings in the Grand Dury room. 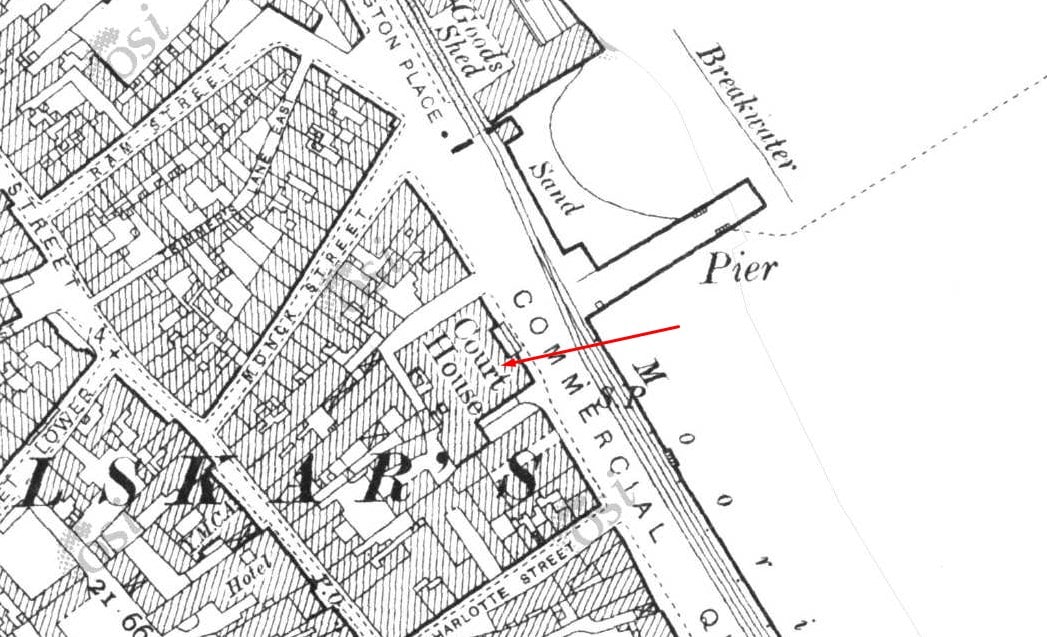 An old OSI map showing the location of the building.

During the Irish War of Independence (1919-1921), the courthouse was targeted by the Wexford branch of the I.R.A. During the early hours of Saturday, the 18th of June, 1921, nine members of the I.R.A arrived at the courthouse with cans of petrol and torches. After entering via a window, the commanding officer Francis Carthy and another member of the 4th Battalion Wexford Brigade spread petrol throughout the building. Afterwards, they set the petrol alight by tossing paraffin torches into the building.

Witnesses at the time recalled hearing a series of explosions, which led many people to presume that the courthouse had been blown up.

The Wexford Fire Service were quick to reach the scene and managed to get the fire under control before it spread to nearby buildings. However, the courthouse was completely gutted, with the exception of the Petty Sessions court, which remained intact. According to a local newspaper report from the time, almost all of the records of the Clerk of Crown and Peace were saved from the fire with the assistance of officers from the Royal Irish Constabulary. 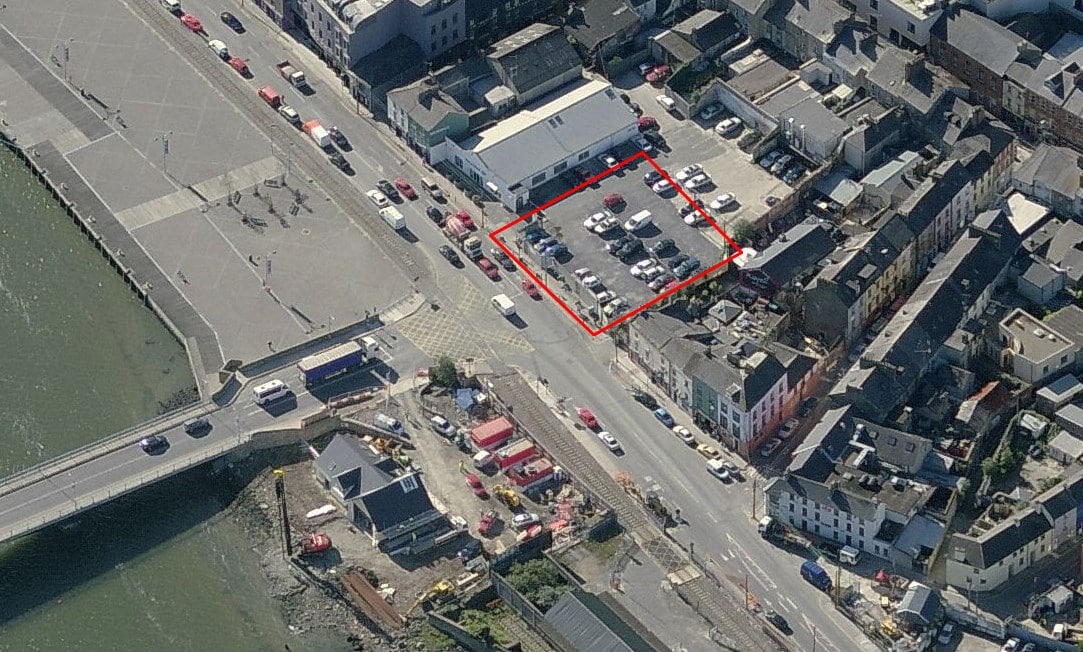 An aerial photograph of Wexford Quay that shows where the courthouse once stood.

During the mid-1920s, it was decided that a modern courthouse would be built inside the grounds of Wexford Gaol – an old gaol site that had been in use as a home for female inebriates.

Throughout the 1920s and the 1930s, the old courthouse building on Wexford Quay fell into such a dilapidated state that the local authority decided that it was no longer feasible to invest money in repairing it.

Up until 1962, the remaining portion of the courthouse was used as a scout hall by the Second Wexford Troop.

Later, after the building had been condemned and demolished, the site became home to a petrol station. Nowadays, the petrol station has long since disappeared and the site is being used as a car park.