Henrietta Street is a small street that connects Wexford’s South Main Street with Crescent Quay. The street is also connected to nearby Cinema Lane via a small archway. The origin of the name Henrietta remains unclear. i.e. It could have been named after the relative of a local property owner or developer (or Princess Henrietta of England).

An attempt to change the name to O’Hanrahan Street failed in 1932, when the proposed name was rejected by locals. 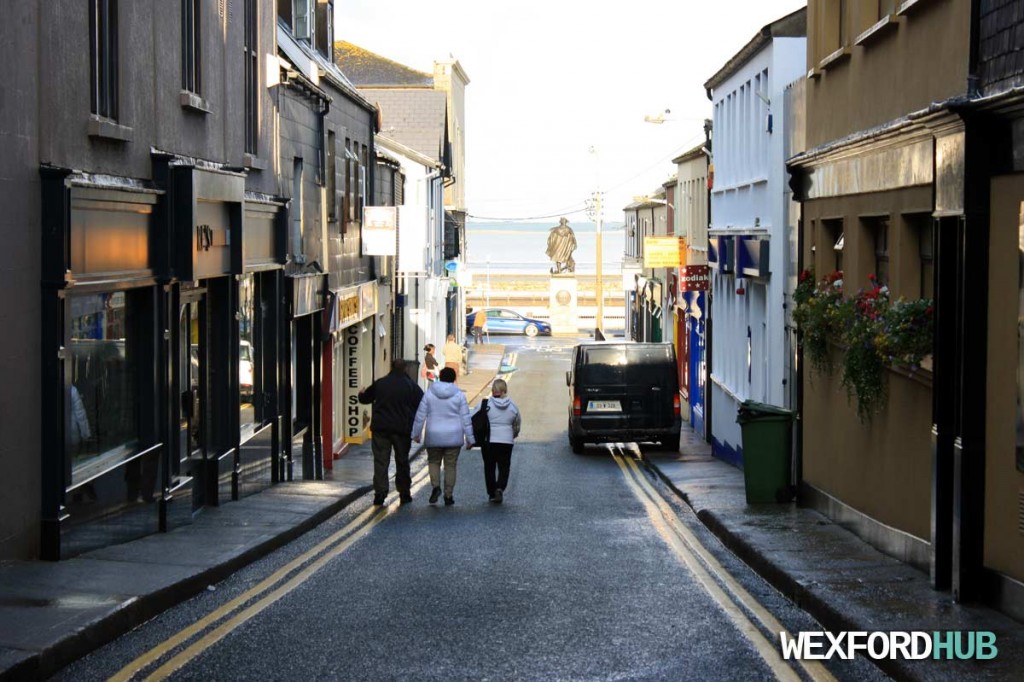 Above: Henrietta Street, as photographed from Wexford’s Main Street. This was taken outside of Simon’s Place, which is a popular pub that is often visited by those involved with the Wexford Opera Festival. On the left, you can see the entrance to the sports section of Hore’s Department Store. In the far distance, you can see the back of the John Barry statue, which overlooks Crescent Quay.

In the past, the street was referred to as Henrietta Lane. Before the land around Wexford Quay was reclaimed, the shoreline of Wexford Harbour would have reached as far as Henrietta Street. 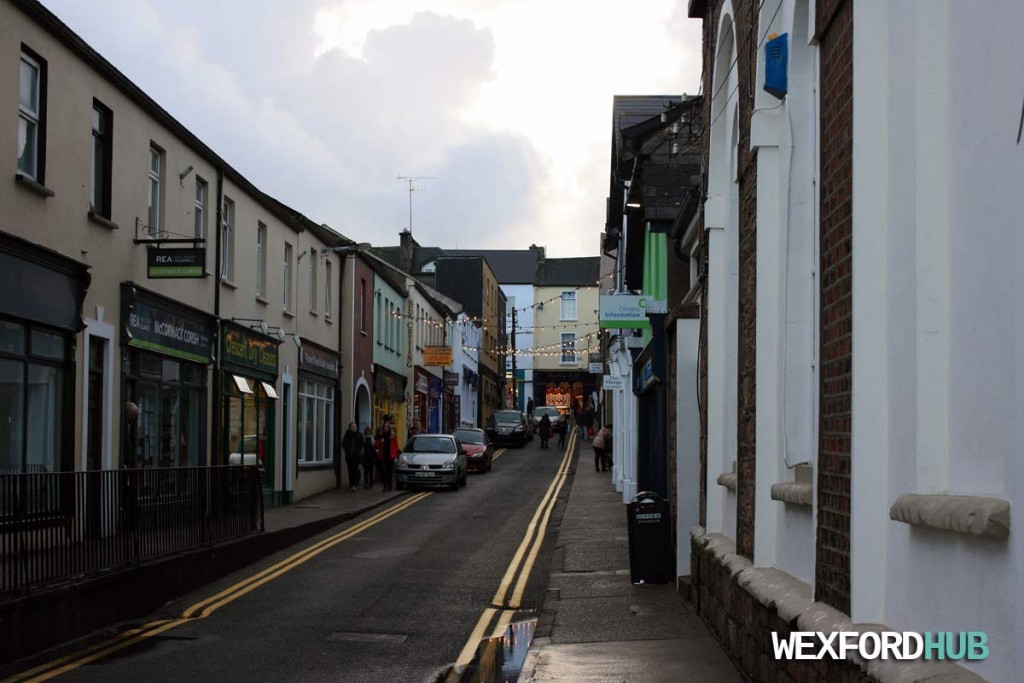 Pictured above: Looking up towards South Main Street. 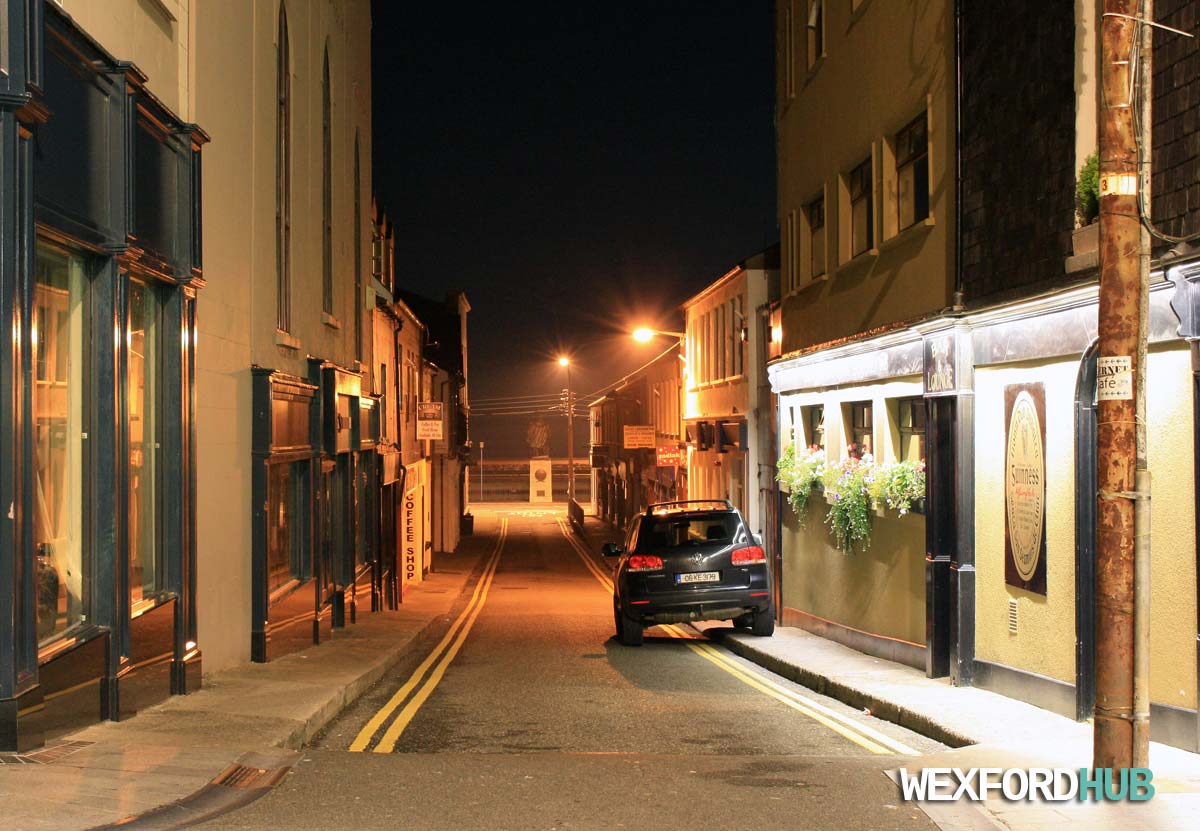 Above: A shot of the street at night. Photograph taken on the 11th of October, 2014.

The 1901 Census tells us that families such as Redmond, Hanly, Hutchinson and O’Connor lived on Henrietta Street. An examples of some of the households that were included in the census:

A Google map showing the location of Henrietta Street: