Rathaspeck Church is situated 5KM outside of Wexford Town, halfway between the expansive grounds of Johnstown Castle and the iconic “Doll’s House”. The church, which was opened by the Church of Ireland, was built back in 1823 as a Protestant place of worship. 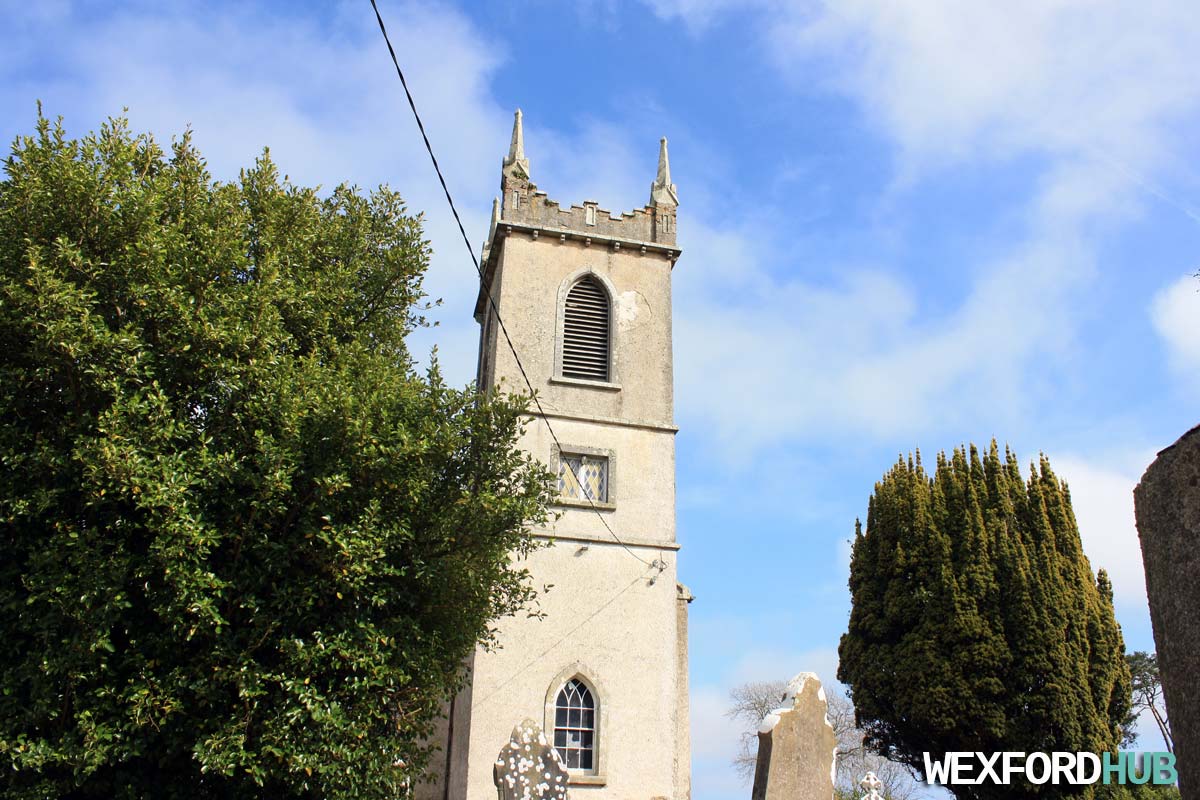 A photograph of Rathaspeck Church, as seen from the roadside.

It is important to note that the church and its surrounding graveyard are sometimes referred to as “Redmondstown Church”. Unfortunately, during our research, we were unable to determine why this small ecclesiastical site is known by two different names (if you happen to have information on this, be sure to contact us so that we can update the article). According to one local source, another small church used to exist in the area. In the past, there have been a number of cases where the names of demolished structures have been “transferred” over onto existing structures (a perfect example of this would be the gradual “renaming” of West Gate in Wexford Town).

The cemetery that surrounds the church holds the body of United Irishman Cornelius Grogan. Grogan, who inherited the estate of Johnstown Castle from his father, served as the High Sheriff of Wexford in 1779 – a position that made him the judicial representative of the British Crown. During his tenure as the High Sheriff of Wexford, Grogan would have executed written court orders and undertaken various administrative duties on behalf of the crown.

In 1783, he was elected to serve as a politician for the Irish Parliament constituency of Enniscorthy. He served in this position as an M.P. until 1790 (two members were elected to this particular constituency and it was abolished in 1800).

After the 1798 rebellion broke out in County Wexford, Cornelius Grogan decided to join a republican movement called the United Irishmen, in which he became an army commander. After the rebellion was crushed and the leaders of the insurgency were dragged before a court, Grogan attempted to avoid execution by claiming that he had been forced to take up the position in name only (i.e. his defence was that it was a “token” position and that it didn’t require any action on his part).

Unfortunately for Grogan, his defence failed to convince the court and he was executed on Wednesday, the 28th of June, 1798 (the British felt as though he had simply picked the side that he thought would win). Like other rebel leaders, he was hanged and beheaded on Wexford Bridge (John Henry Colclough also met the same fate). After his execution, Grogan’s body was thrown into the River Slaney. Later, some of his followers managed to recover his body before burying it at the cemetery in Rathaspeck. 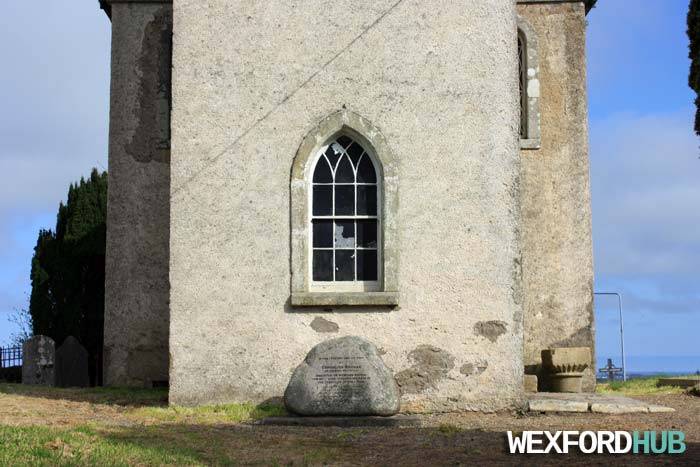 A memorial stone was unveiled at Rathaspeck Church during the 1798 bicentenary year of 1998.

A commemorative stone, which lies in front of the church, has the following inscription:

In this cemetery lies the body of Cornelius Grogan of Johnstown Castle. Executed on Wexford Bridge on the 28th of June, 1798 for his part in the rebellion of that year. “Are you still a footnote, long blurred and unread. Another enigmatic conscript, of Ireland’s glorious dead.” Piercestown – Murrintown Comoradh ’98.

The church at Rathaspeck was closed in 1971. Between 1984 and 2009, the church was home to the Wexford Model Railway Club. Unfortunately, due to the deteriorating condition of the building and the cost it would take to repair it, the club was forced to go elsewhere.

Nowadays, the grounds can be difficult to access and the grass can become overgrown at times. Beside the main gate, you will find a number of stone steps, which form part of the outside wall. Care must be taken, however, as these steps are a bit tricky and they do require a bit of balance to climb!

The grounds of Rathaspeck are pinpointed on the map below: