“The Rocks” is a popular scenic spot that is situated in the south of Wexford town, beside The Faythe and Maudlintown. The area, which is officially known as “Trespan Rock”, provides visitors with a wonderful view of Wexford town and its harbour. 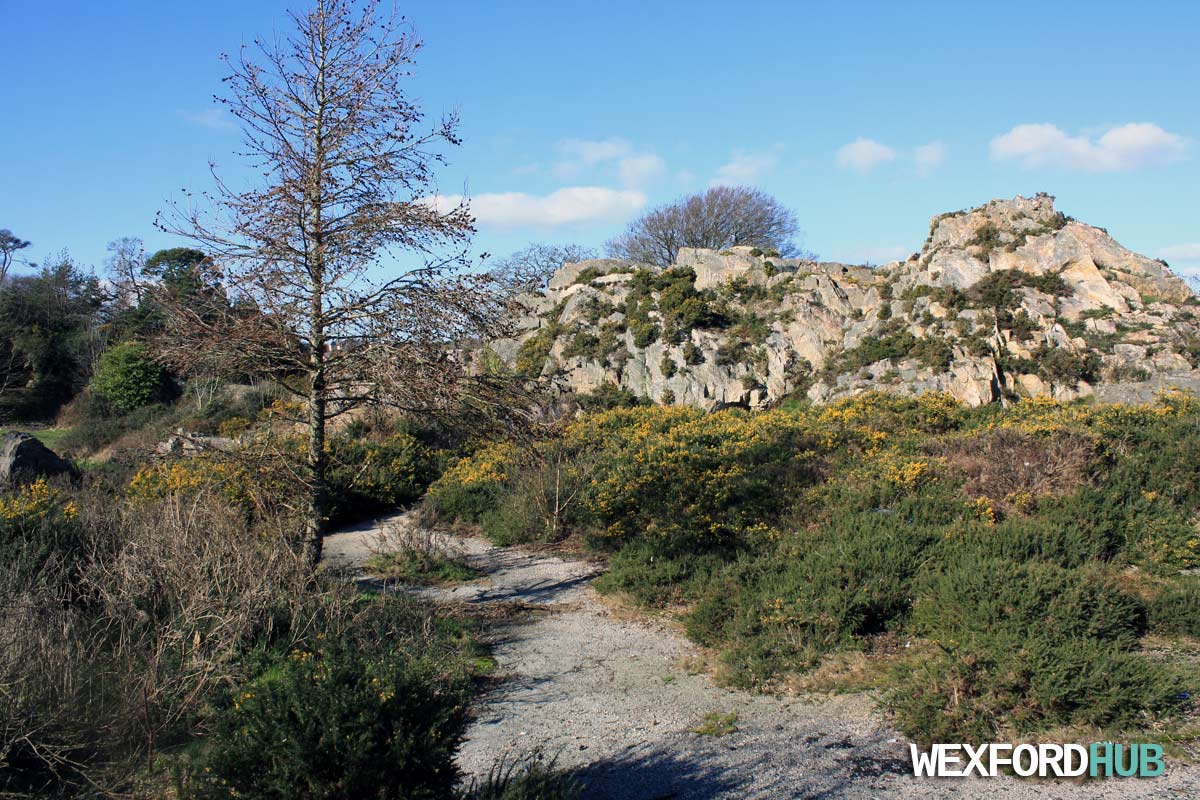 Trespan Rock is nicknamed “The Rocks” because of its geological makeup, which consists of quartzite outcrops that provide a vantage point over the low-lying areas of Wexford. These outcrops exist because quartzite is a metamorphic rock that has proven to be relatively resistant to the process of erosion. 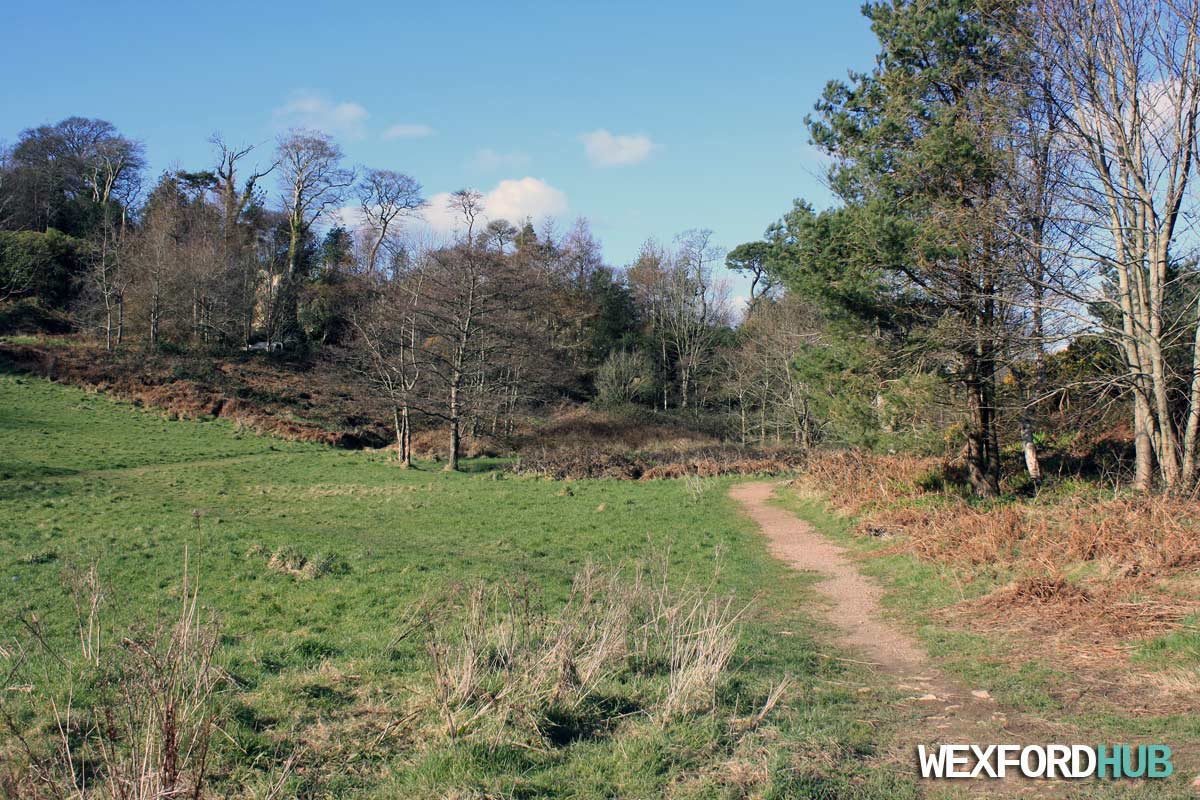 This hilly area on the outskirts of Wexford town is characterised by its rocky outcrops, which are surrounded by walking trails, trees, grass and wild plants such as the gorse bush.

There is also a historical significance to Trespan Rock, as it was used by Oliver Cromwell during his siege of the town in 1649. On the 9th of October, 1649, Cromwell moved his New Model Army from the Spawell Road area of Wexford town to Trespan Rock on the south. In and around the same time, Cromwell’s fleet of ships landed in the area before unloading siege guns, ammunition and food supplies. The siege guns were positioned at Trespan Rock, as the location provided Cromwell’s gunners with a strategic view of Wexford Castle and the town wall that protected Wexford. This position allowed Cromwell’s forces to bombard the castle with cannon fire until it was breached – an event that ultimately led to the sacking of Wexford town. 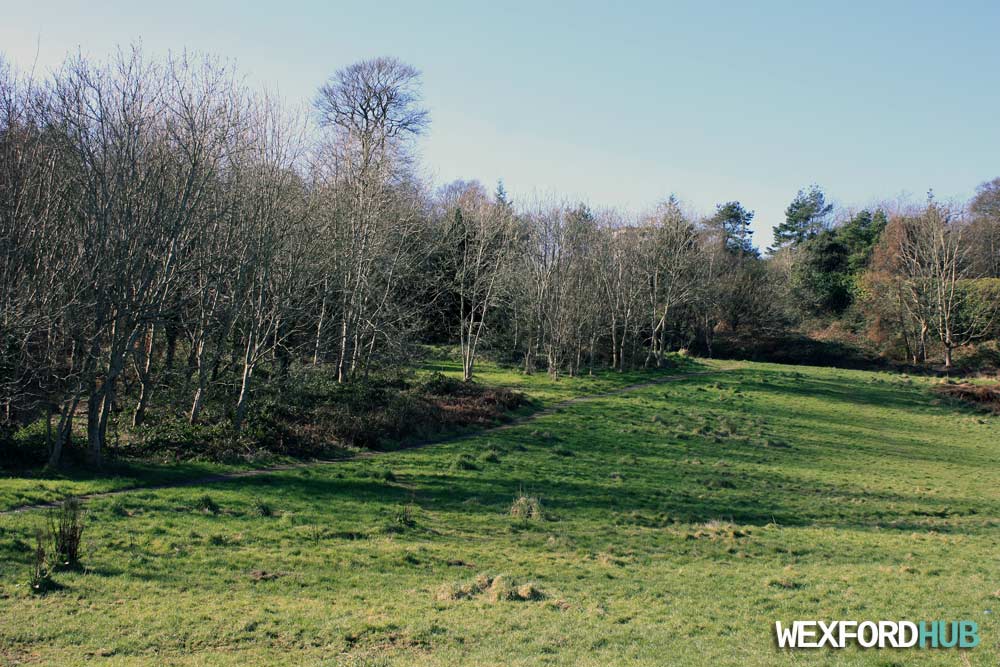 In the past, “The Rocks” also served as a navigational aid for sailors wishing to navigate Wexford Harbour. In a Dutch navigational chart from the 1600s, Trespan Rock is noted along with Forth Mountain, Wexford Castle and Artramon Castle.

The flat piece of land that sits below the hill (aka “Hilly Holly”) is currently in use as a home ground by Saint Mary’s of Maudlintown, which is a local Gaelic Football team. This patch of land is sometimes referred to as “first field” and it has served as a place for primary school sports days in the past. Up until around 2011, “first field” had been left in an unusable state due to people using “The Rocks” as a local ‘drinking den’ of sorts. However, over the past few years, the site has been greatly rejuvenated. Recently, Saint Mary’s of Maudlintown GFC were awarded a 99-year lease for the area, which allowed the club to transform the land into a well-manicured GAA pitch. 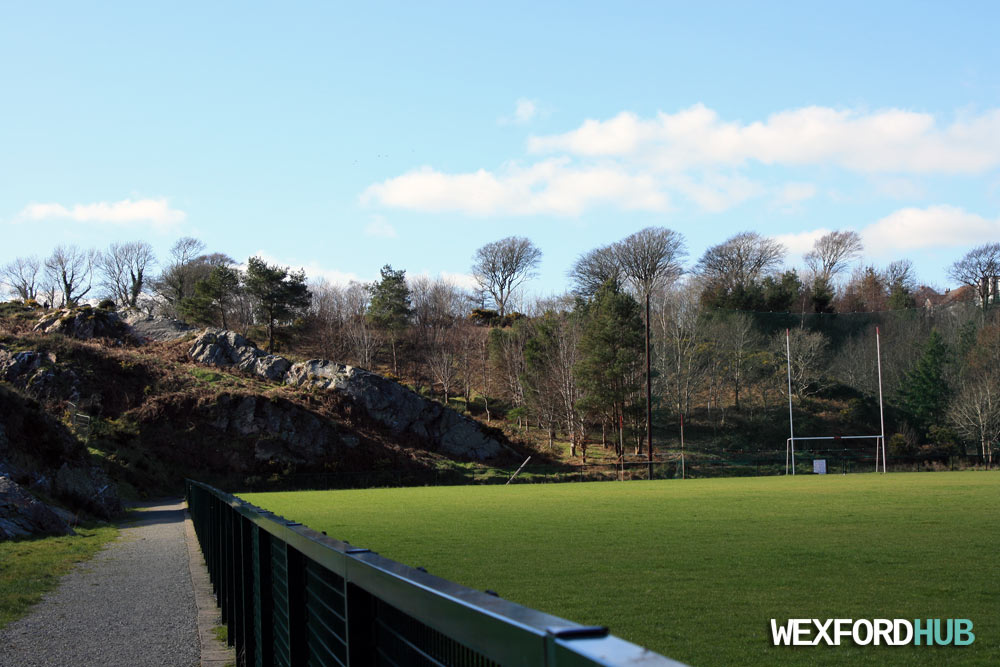 In January of 2016, the official opening of St. Mary’s of Maudlintown new club house took place. 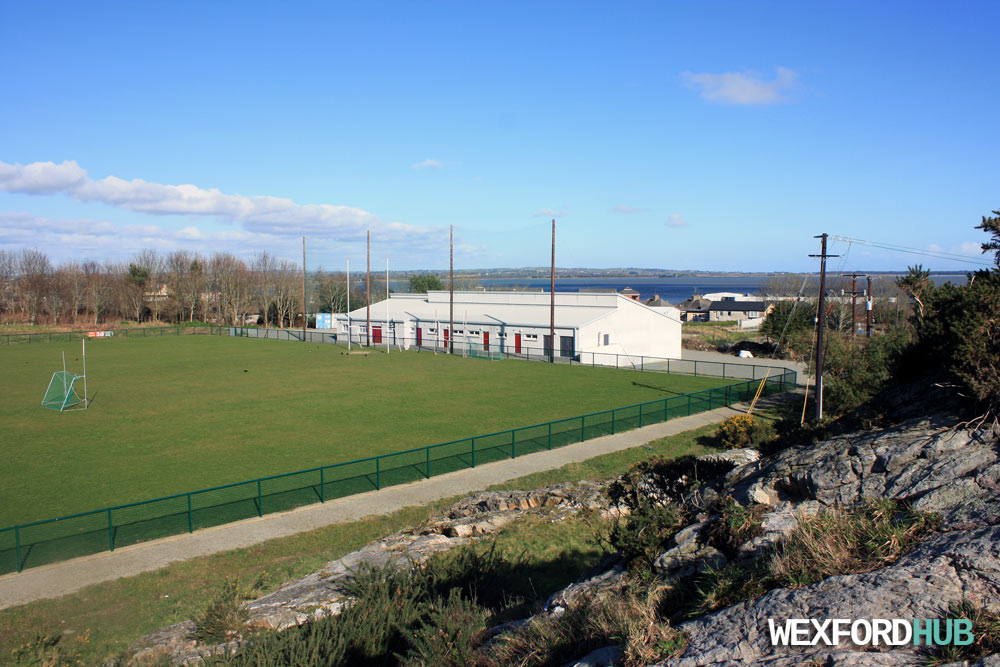 Pictured above: The new club house. In the background, you can see Wexford Harbour.

A Google Map showing the location of Trespan Rock in Maudlintown. The site is accessible via a small pedestrian walkway that can be found to the left of the bookmakers shop on the corner between The Faythe and Maudlintown.