Pictures of Redmond Park, which is located on Spawell Road in Wexford Town. This park was named after Wexford politician Willie Redmond, who died in World War One. 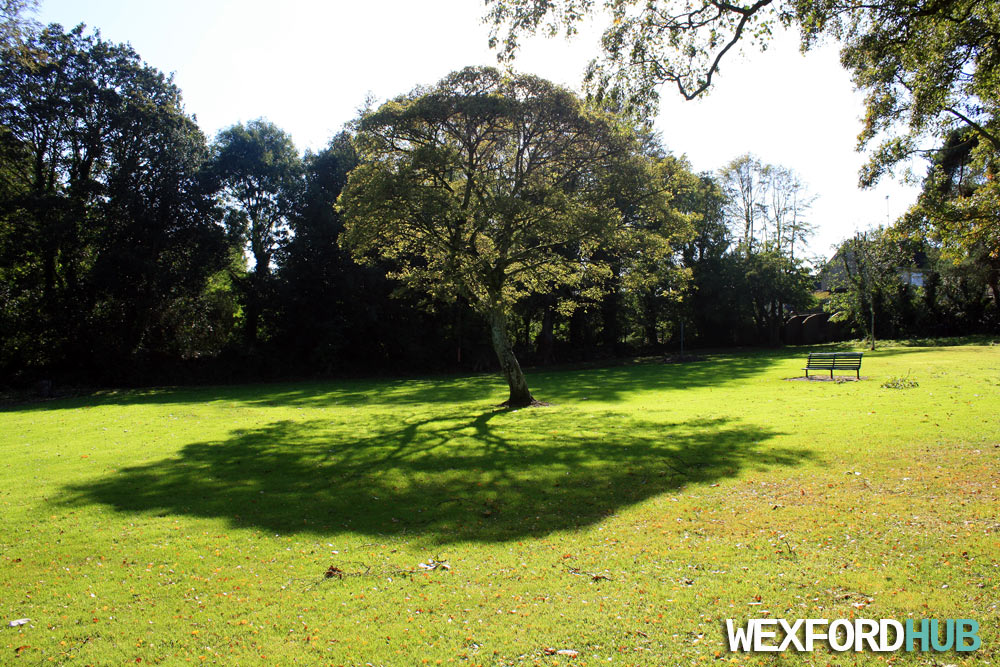 At the back of the park, you’ll find this open stretch of grass, which has one tree planted in the middle. 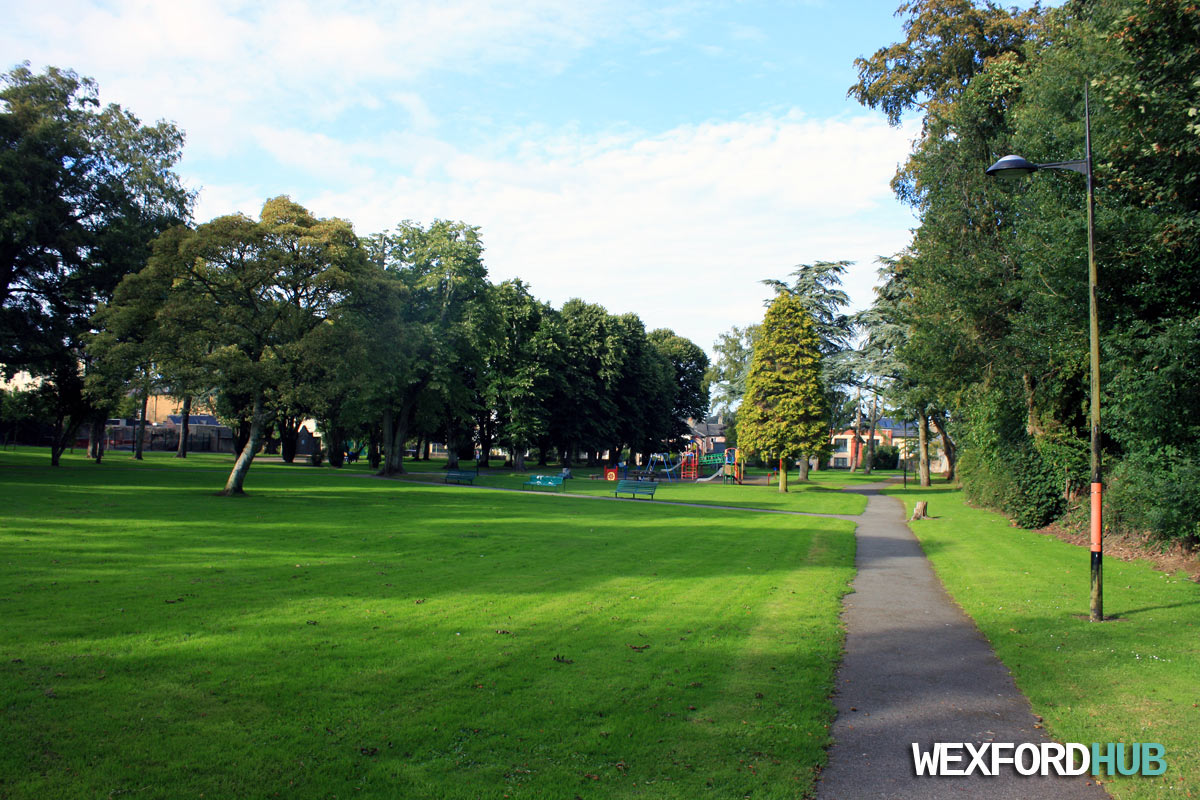 This photograph was taken just as summer was about to come to a close. 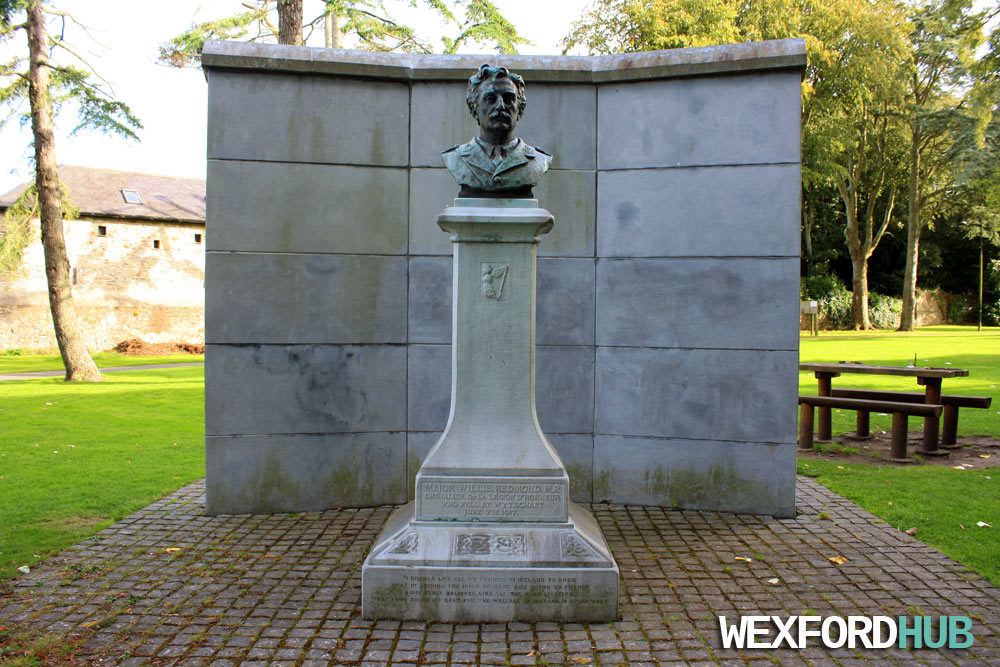 The memorial statue for Willie Redmond, which is situated at the front of the park. This used to be in the middle of the park until significant renovations were made. 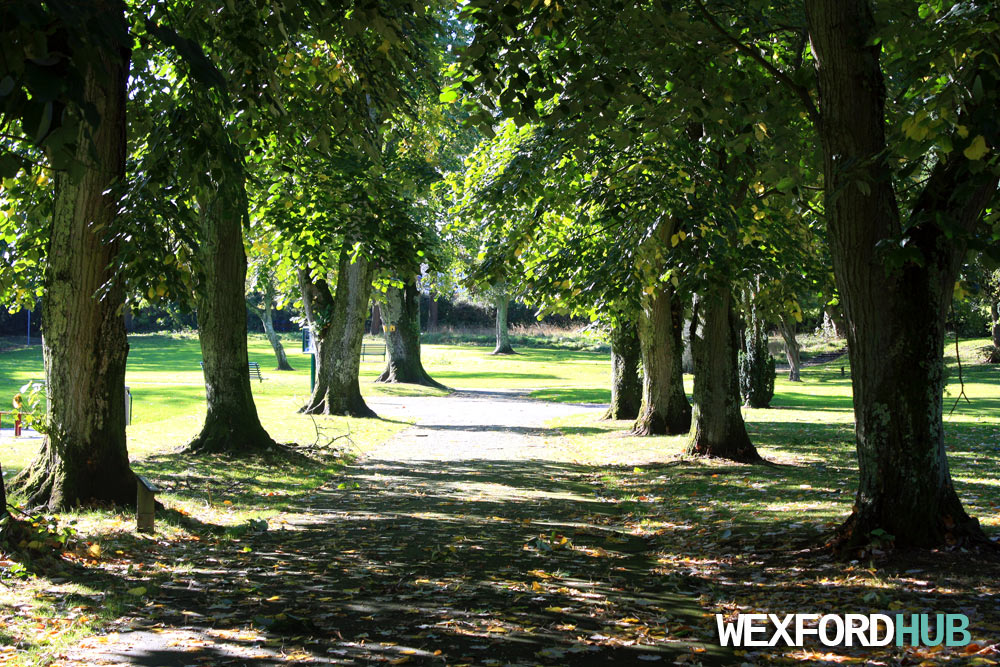 An archway of trees greets visitors as soon as they enter the front gates of Redmond Park. As you can probably guess, this was taken in the middle of Autumn. 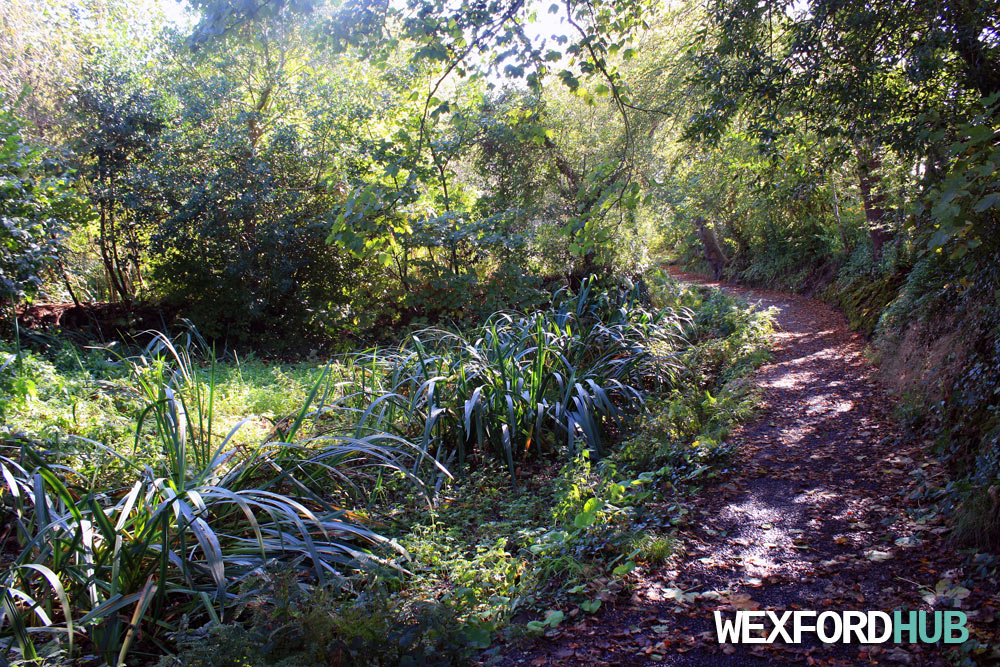 This is up at the back of the old pond, which is now overgrown with trees and various plant life. 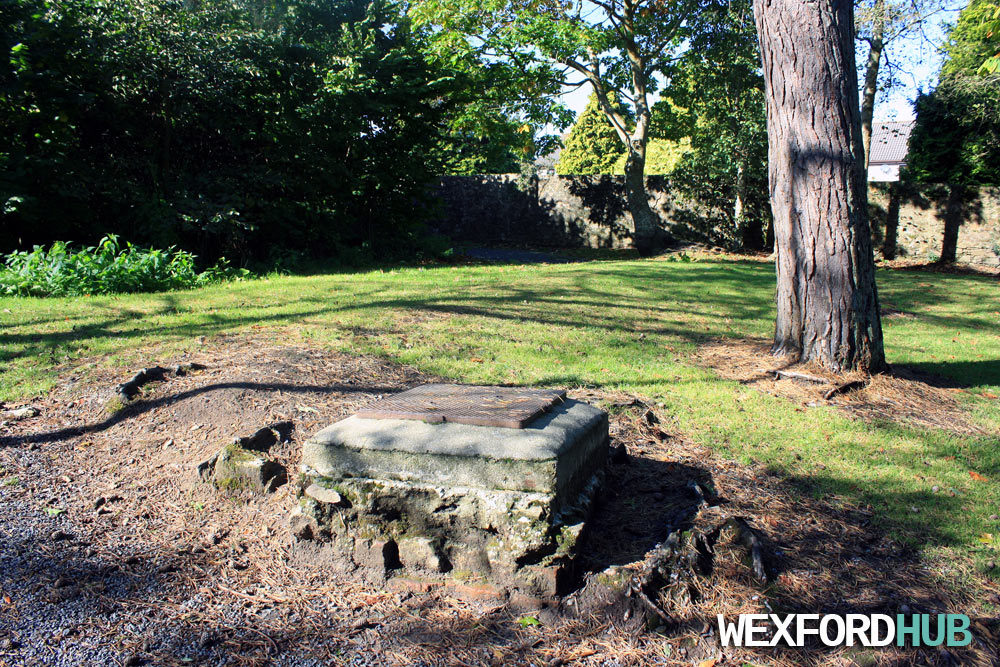 This particular shore, situated at the back of the park, is often used as an ad-hoc seat. The trees, which have taken over the old pond, can be seen in the background. 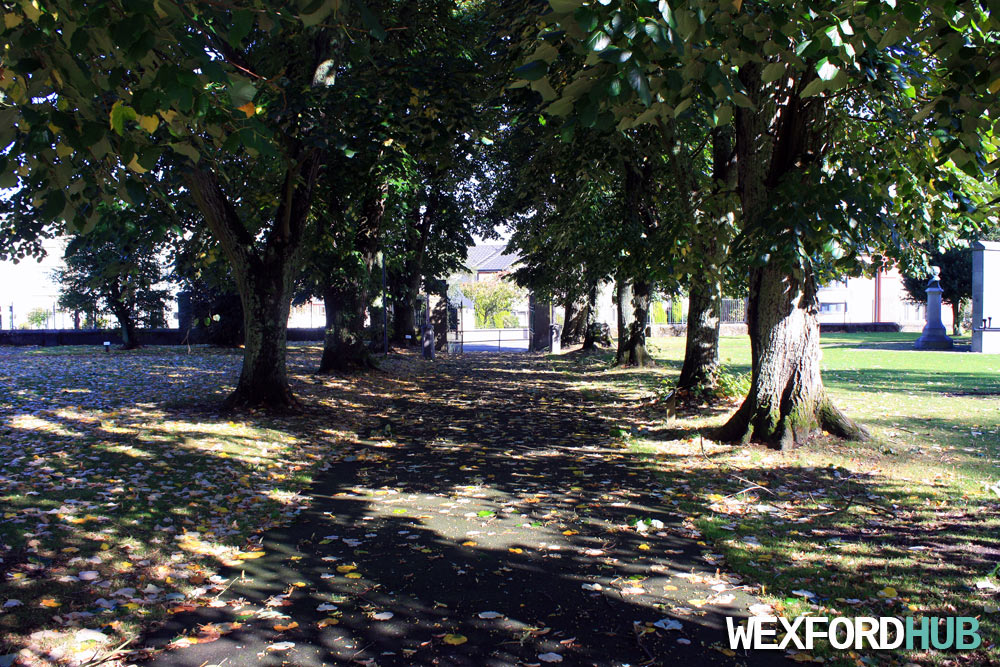 The archway of trees, leading to the front entrance. As you can see, Autumn has carpeted the ground with leaves. 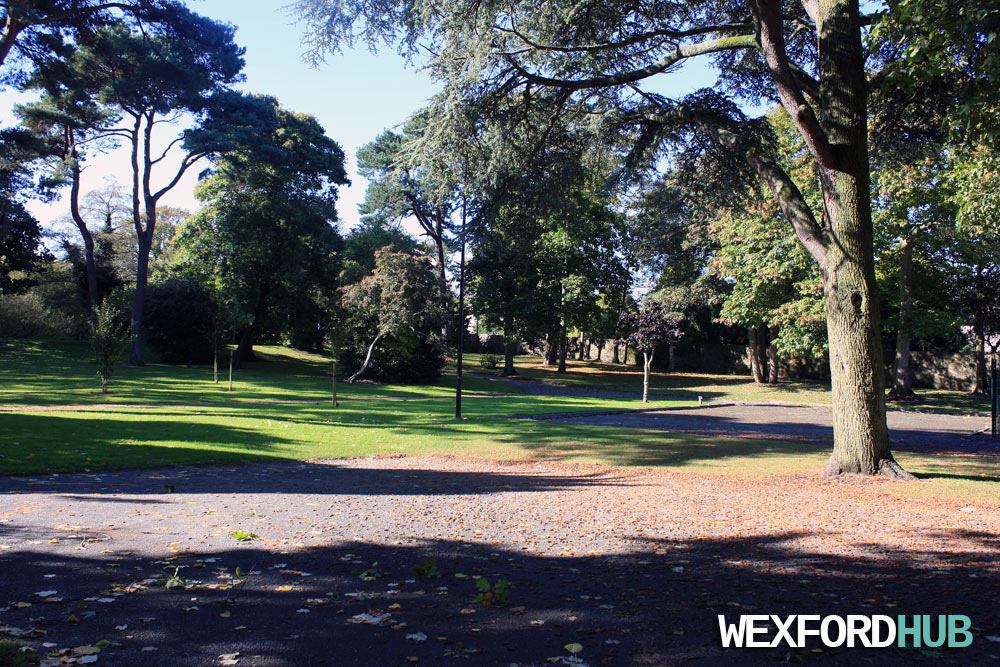 Another shot that was taken in October of 2014. Looking towards the back of the park.