Wexford Town’s Bride Street runs from South Main Street to Thomas Street and Joseph Street. It is best known for being the location of Bride Street Church, which is officially known as the Church of the Assumption. The church, which was opened in 1858, is one of Wexford’s “Twin Churches”. 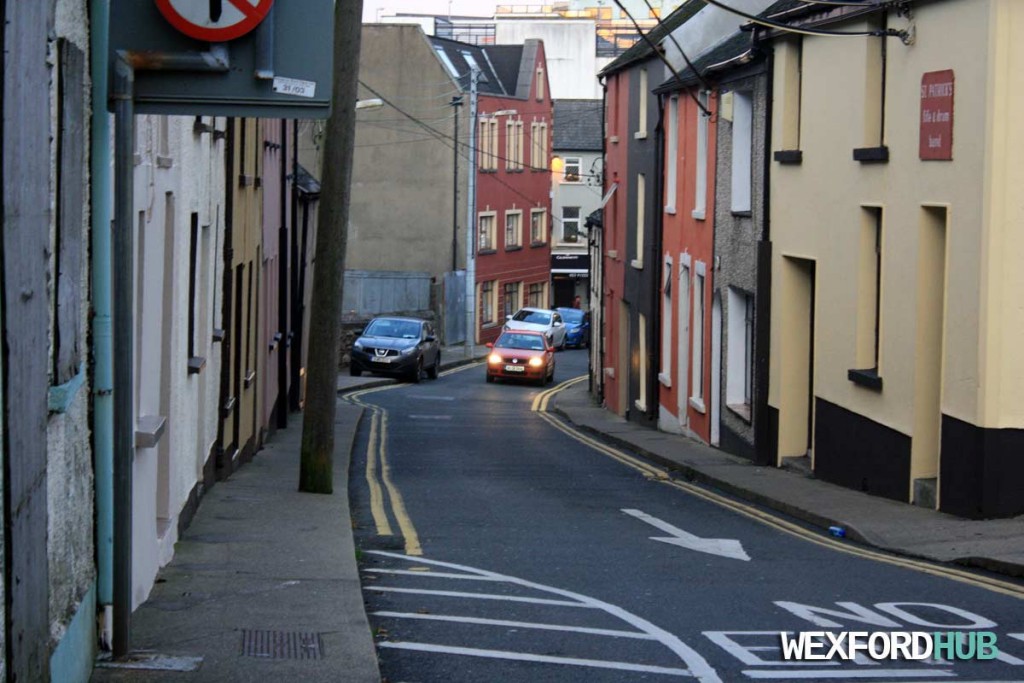 Above: The lower end of Bride Street, where it connects with South Main Street. The yellow building on the right is home to St. Patrick’s Fife and Drum Band. The large red building in the distance is a furniture store that belongs to Colman Doyle Homestores. On the left, just before the red car, you will find the entrance to Mary’s Lane. This photograph was taken at the entrance to Bride Street car park in November of 2014.

The street gets its name from the old parish of St. Bridget, which is sometimes referred to as “St. Bride’s”. An Ordnance Survey map from the 1800s shows that St. Bridget’s Church was situated close to where Bride Street Church is today (by the 19th Century, the church would have been in ruins). 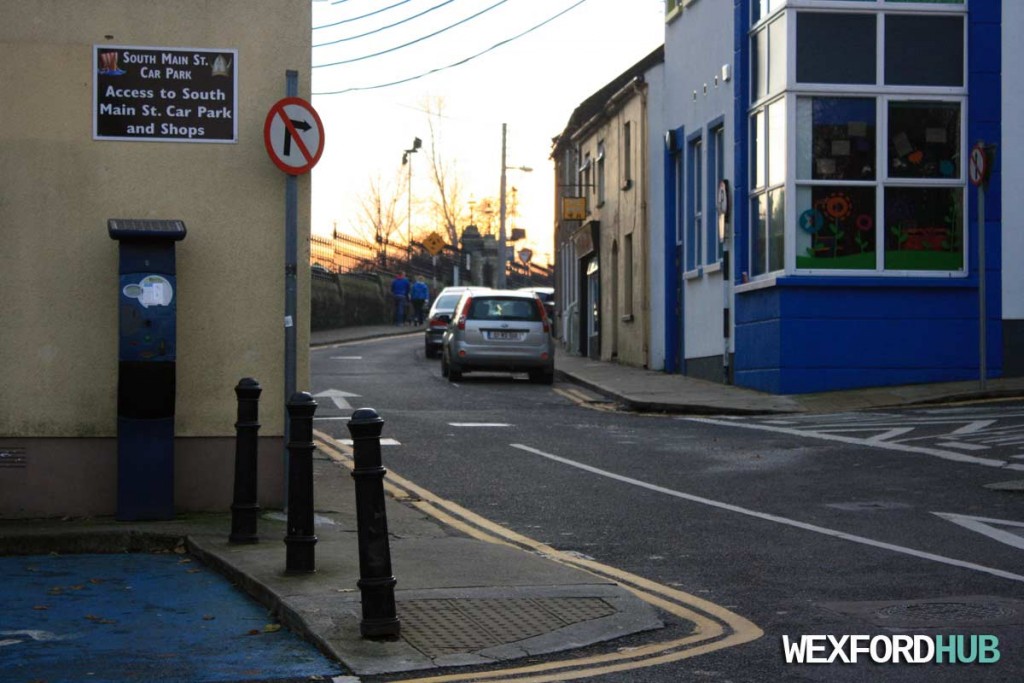 Above: Looking up towards the top of Bride Street. In the far distance, you can see the gates of the Church of the Assumption. The blue building to the right is a playschool called St Brigid’s Centre (another nod towards the old Norse-Irish parish).

This street was also the location of Bride Gate, which was a stone gateway that provided public access to the walled town of Wexford. This gate would have stood at the top of the Bride Street car park, running across the road to the corner of Clifford Street.

Archaeological excavations in Bride Street in 1988 resulted in a number of interesting findings, all of which point towards the area’s Viking past. Among the findings were a Viking bone pendant that dates back to 1000AD, as well as the remains of a wattle house wall and post. An earlier excavation occurred in the early 1980s, at the junction between Bride Street and Clifford Street. During the excavation, fragments of medieval cooking ware were discovered.

Bride Street is home to the Adoration Convent. The nuns of the “Convent of perpetual Adoration to the Most Holy Sacrament” moved into the building on the 1st of May, 1887.

The 1901 Census tells us that families such as Cleary, Kehoe, Butler, Hayes and Hogan lived on Bride Street. A few examples:

A map showing the location of Bride Street in Wexford Town: