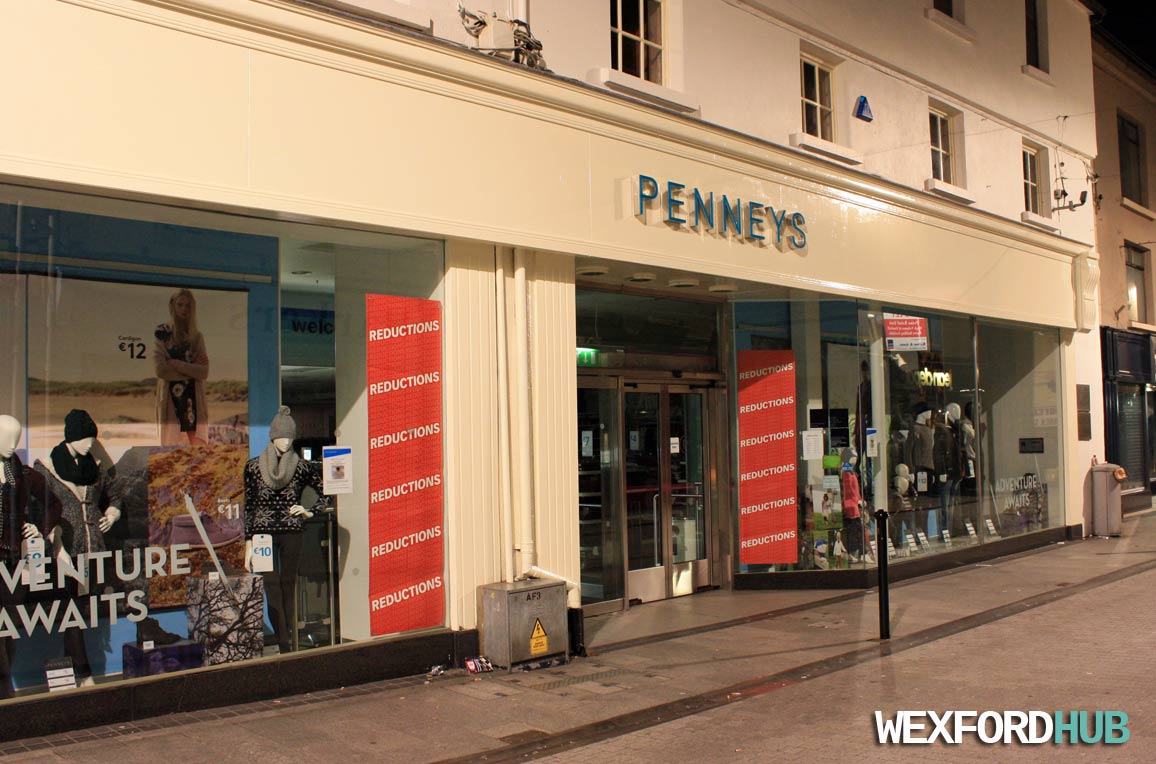 Penneys is an Irish clothing retailer that operates in several countries. In England and in other countries, the company operates under the brand name Primark. The store sells a wide range of products, such as clothing, footwear, bedwear, clothing accessories, kitchen ware and cushions.

The Penneys store in Wexford is located on South Main Street, close to the end of Allen Street.

Previously, the building was home to Woolworths, which was a British retailer that sold a variety of goods – such as clothes, “pick ‘n’ mix” sweets, music records, ice cream and toys. In the 1900s, well before Woolworths came to Wexford, the premises belonged to a hardware store called Sinnott & Sons.

The Woolworths outlet was extremely popular in Wexford, as it was one of the first “super” stores to be opened in the town. The store opened on the 4th of April, 1952, to much fanfare. In later years, after Woolworths had left, many Wexford natives would recall how excited they were to visit the store, as it had such a wide variety of items on display.

Unfortunately, in 1984, Woolworths announced that it was pulling out of the Republic of Ireland. 18 stores were closed and roughly 300 people lost their jobs as a result. The company said that it had made to decision to leave Ireland because only a small percentage of its 18 stores were making an ‘adequate return’.

From the 14th Century and onward, the site was the location of a medieval “oak-panelled” house called “Kenny’s Hall”. Kenny’s Hall is where Oliver Cromwell is believed to have stayed for three days following the sacking of Wexford Town in 1649. Reputedly, the current building incorporates the internal fabric of the original Kenny’s Hall.

It is interesting to note that a number of ghost stories and folktales surrounded the premises in the past. Former staff members of Woolworths have said that they saw the dark outline of a man wearing a cloak (believed to be the ghost of Oliver Cromwell). Other staff members have recalled that a door called the “murdering hole” was present in the building. In an Irish Times article during the early 1950s, then-owner Frank Gaul spoke about the “murdering hole”, saying that it was a door ‘through which unwelcome guests are said to have disappeared forever.’ Unfortunately, current staff members of Penneys are unsure about the location of such a door, as the building has been subjected to a number of renovations over the years.

A Google map showing the location of Penneys in Wexford Town: