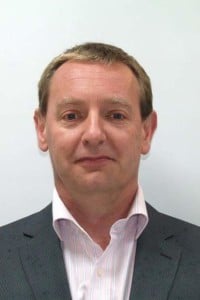 John Dwyer is a left-wing politician, Irish republican and former trade union representative from New Ross in County Wexford. During his time in politics, he has served on both the Wexford County Council and the New Ross Urban District Council.

At the age of 17, Dwyer left school to work in a factory. Within three months, he had become a union shop steward. Dwyer entered into the world of organised politics when he became a member of Sinn Fein back in 1981.

On the 10th of June, 1999, Dwyer was elected to the New Ross Urban District Council in the Town Council Elections. Dwyer, who contested the election as a Sinn Fein candidate, was elected into the final seat after the 14th count. On the same day, he also contested the Local Elections for the Wexford County Council. However, he failed to pick up enough votes and was eliminated after the second count.

During the General Election in 2002, Dwyer failed to win a seat as a Sinn Fein candidate in the Wexford Dáil Éireann constituency.

In 2004, he ran as the Sinn Fein candidate for the East parliament constituency in the European elections. During this election, he received 8.7% of the first preference votes and was eliminated from the contest after the fifth count.

During the Town Council Elections in 2004, Dwyer successfully reclaimed his seat on the New Ross Urban District Council. On the same day, he also won a seat on the Wexford County Council.

In November of 2006, the Wexford People newspaper reported that a senior Sinn Fein member had questioned Dwyer’s ability to win a Dáil seat for the party. The source blamed Dwyer’s low poll ratings on his tendency to criticise Fianna Fail (the logic being that his criticisms of the party were preventing him from receiving transfers from Fianna Fail voters).

In May of 2007, Dwyer contested his second General Election as a Sinn Fein candidate. However, he failed to build on his result from 2002 and was once again eliminated after the fourth count.

On the 5th of June, 2009, there was mixed success for Dwyer. Although he reclaimed his place on the New Ross Urban District Council, he fell short of the mark in the Local Elections and lost his seat on the Wexford County Council.

Ten days after the Local Elections in 2009, Dwyer decided to leave Sinn Fein. Later, he explained to the local press that he felt as though the leadership of Sinn Fein had failed to campaign in a number of areas throughout County Wexford. He also stated that he had become disenchanted with the national politics that were being espoused by the party. His decision to leave Sinn Fein had followed months of rumours of infighting within the Wexford branch of the party.

During the summer of 2010, Dwyer was elected as the Cathaoirleach (Chairperson) of the New Ross Urban District Council.

In 2011, Dwyer contested his third General Election – this time deciding to run as an Independent candidate. However, after the first count, it emerged that his first preference votes had dropped by 82% since 2007. Dwyer blamed his defeat on a lack of financial resources and the decision of Mick Wallace to enter the race. According to Dwyer, voters had given Wallace a ‘personality vote’. He added that it was a ‘sad reflection that personality politics still hold sway in County Wexford.’ Dwyer also criticised those who had failed to cast their vote: ‘I am disheartened that people I would have assisted decided they would not go out and vote. People were not returning the assistance I gave them.’

In 2013, the councillor was criticised after he referred to local New Ross businesspeople as ‘snivelling gobshites.’ Dwyer made the remark on Facebook because he felt as though shopkeepers in the town displayed more affection towards the American flag on Independence Day than the Irish flag during Easter week.

In 2014, the New Ross Urban District Council,which Dwyer had been a member of for fifteen years, was abolished by the Local Government Reform Act 2014. That same year, Dwyer contested the Local Elections in the New Ross district as candidate for éirígí. However, he was pipped to the last seat in the Wexford County Council by Sinn Fein candidate Oisin O’Connell.

During the 2016 General Election, Dwyer decided to run as an Independent candidate. However, he failed in his bid to win a seat and was eliminated after the fifth count, falling behind AAA-PBP candidate Deirdre Wadding and Social Democrats candidate Leonard Kelly. Afterwards, Dwyer stated that ‘all is not well with the democratic system’ after it emerged that a number of votes had been deemed to be ‘invalid’ because of a faulty stamping machine. According to Dwyer, hundreds of votes were not counted because of the fault. He later told members of the local press that he planned on pursuing the matter legally.