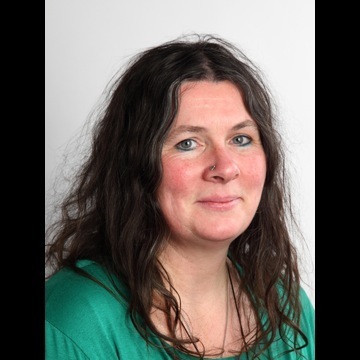 Deirdre Wadding is a politician, socialist activist, shaman and former primary school teacher that is based in Wexford town in County Wexford. In the past, she has also worked as professional storyteller.

After becoming pregnant at the age of 18, Wadding was sent by her parents to live at a convent. There, she was forced to give up her child for adoption. By the age of 21, the Wexford woman had decided that there was no place for her in the Catholic church.

It was around this time that Deirdre became attracted to Wicca – a religious movement that is sometimes referred to as Pagan Witchcraft or White Witchcraft. Although Ms Wadding did join a witches coven, it wasn’t long before she left and drifted towards a shamanic practice that incorporated some of the old Irish gods.

In May of 2014, Ms Wadding stepped onto the political stage when she contested the Local Elections as a candidate for the People Before Profit Alliance – a left-wing political party that was established by the Socialist Workers Party back in October of 2005. The party opposes neo-liberal policies and seeks to offer a ‘radical vision’ for Ireland.

Wadding’s first foray into the world of politics turned out to be a success, as she picked up 599 (3.76%) first preference votes in the Wexford borough area before edging out Labour councillor Joe Ryan for the last seat in Count 16.

Throughout her time as a councillor on the Wexford County Council, Wadding has been heavily involved in the Right2Water campaign, which is a movement that protests against the introduction of water charges. In January of 2015, it was reported that the councillor had risked jail time by removing her water meter and returning it to Irish Water.

In 2016, Wadding contested the General Election under the banner of Anti-Austerity Alliance–People Before Profit. However, she was unable to replicate her success from the 2014 Local Elections and was eventually eliminated after the sixth count. During the election, she received 1472 (2.1%) first preference votes. Afterwards, she vowed to fight on and continue her role as an activist, despite her disappointment at the number of first preference votes that she had received in Wexford town.

Throughout her political career, Ms Wadding has voiced her opposition to water charges, austerity policies, corruption and inequality.