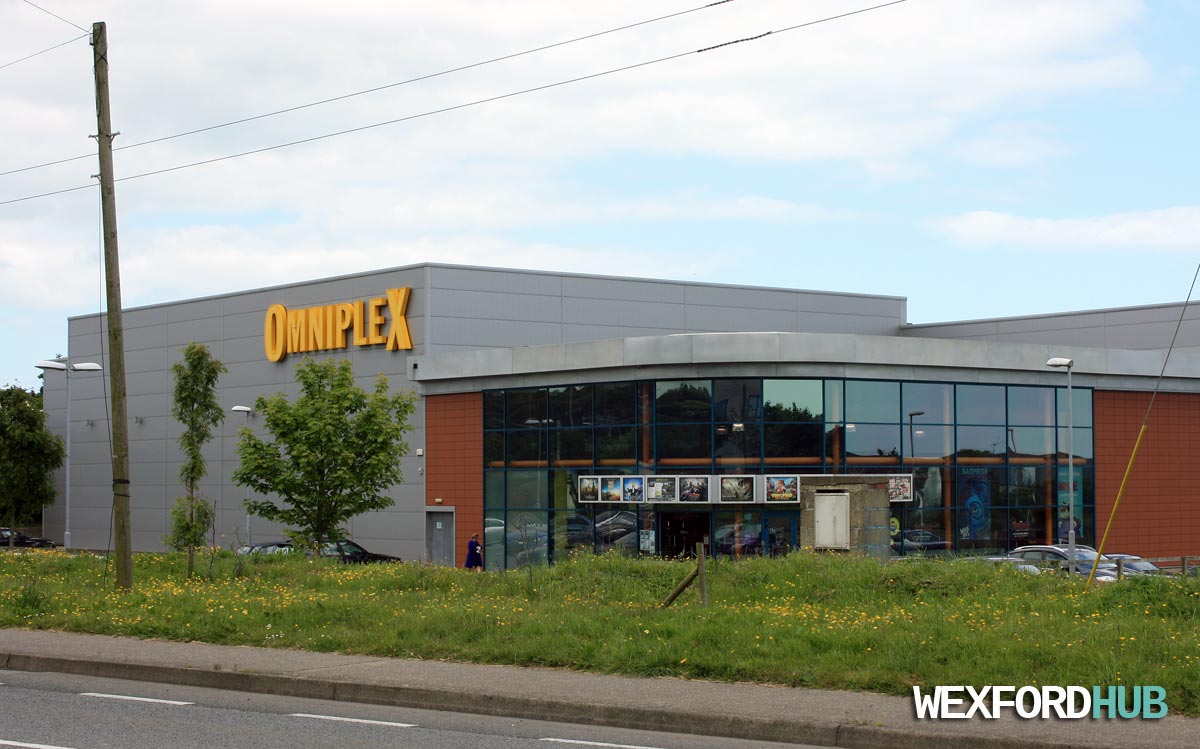 A photograph of the Omniplex cinema in Drinagh, Wexford. Taken in June of 2015.

The Omniplex Cinema is situated on Old Rosslare Road in Drinagh, which is on the outskirts of Wexford Town. The cinema boasts eight screens, free parking, assigned seating, an automated ticket purchasing system, seating for people with disabilities and various 3D performances. The cinema is also situated close to popular fast-food chain McDonald’s.

The Omniplex Cinema opened in July of 2008, becoming Ireland’s first all-digital movie theater. In its first week, an estimated 12,000 people attended the cinema. The new state-of-the-art facility, which cost an estimated €9 million to construct, replaced the older Savoy Cineplex, which had been in operation in Redmond Square since the early 1990s.

By the mid-2000s, it was felt that the three-screen cinema in Redmond was no longer able to cater for the growing population of Wexford. 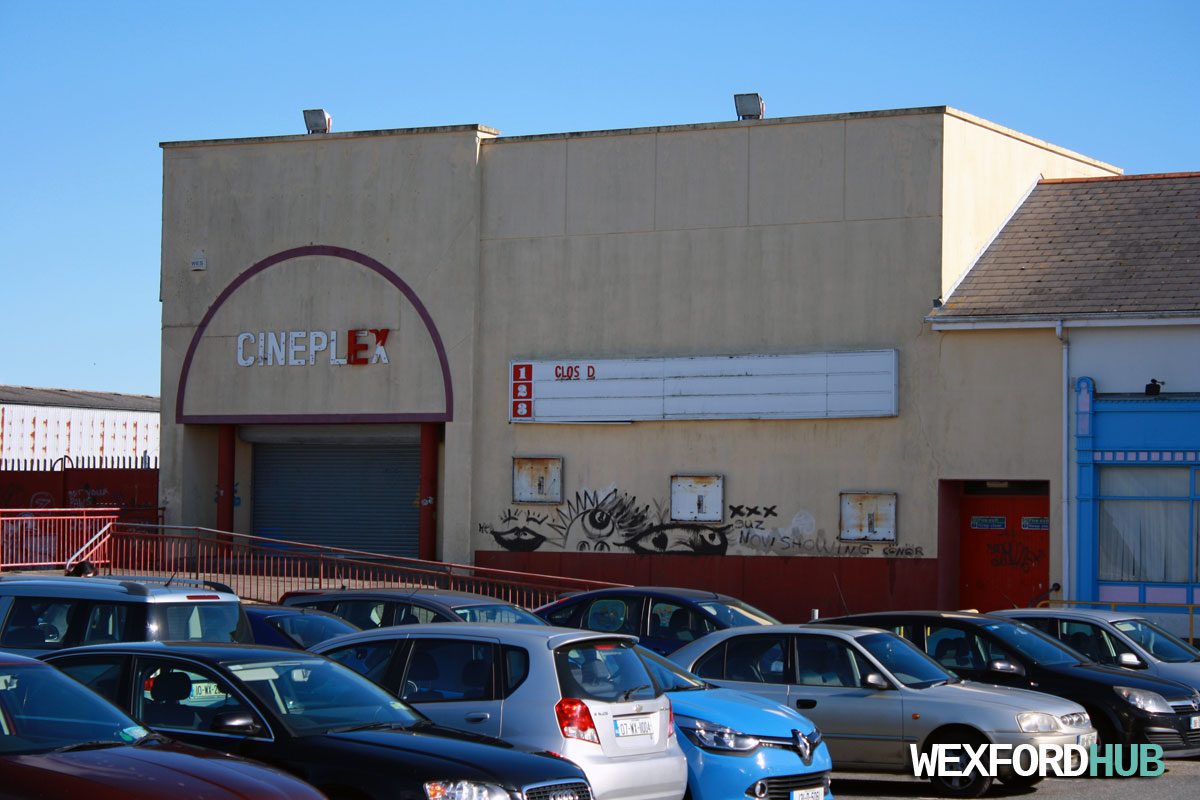 The Savoy Cineplex cinema in Wexford Town, which closed on Sunday, the 29th of June, 2008.

When the Omniplex opened in 2008, it was one of the first cinemas in Europe to use digital projection. Up until the late 2000s, most movie theaters had used an analog medium called “film stock” (aka “motion picture film” or “film reel”). The usage of digital projection means that projectionists are not needed, as the movies, which are stored on hard drives, can be scheduled and controlled via the cinema’s central computer system. If an issue occurs, it can be addressed by an onsite technician.

In January of 2015, the facility received a “Grade A” rating from the organisation Irish Business Against Litter (IBAL). Judges working on IBAL’s survey stated that ‘there was a virtual absence of litter and hopefully, this new top ranking status can be sustained.’

In February of 2015, a new 16.5m x 8.5m “OmniplexMAXX giant screen” was opened at the cinema. The opening of the new HD screen was a part of a €1.5 million upgrade to Wexford’s Omniplex. Similar upgrades were carried out in other Omniplex cinemas around the country.

In August of 2015, it was reported that the Omniplex would begin screening subtitled movies, as well as sensory movies for people with autism. During the screening of sensory movies, the lights are kept on, the volume of the movie is lowered and children are allowed to move around at their own free will.

In October of 2015, the cinema began to screen live opera from New York. The first screening was of Verdi’s Il Trovatore, which was broadcasted live from the Metropolitan Opera in New York. Next year, in 2016, screenings will include operas such as Madama Butterfly, Les pêcheurs de perles and Giacomo Puccini’s Turandot.

A map showing the location of Wexford’s Omniplex Cinema: