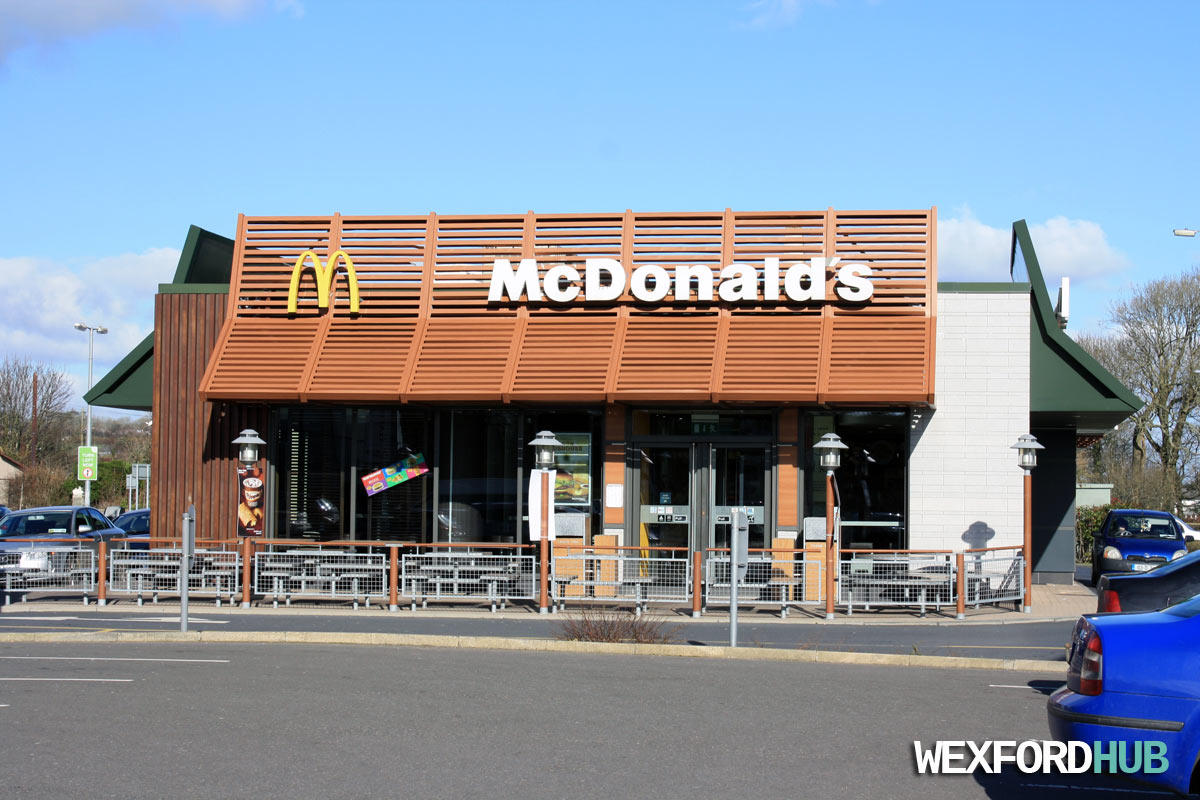 A photograph of the McDonald’s takeaway outlet in Wexford town.

McDonald’s is a global fast food chain that sells popular items such as the Big Mac, the Bacon Clubhouse, the Bacon & Egg McMuffin and Chicken McNuggets. The company has over 30,000 stores in 119 countries.

The McDonald’s outlet in Wexford Town is situated in the Drinagh Retail Park in Sinnottstown Lane, beside the Rosslare Road roundabout. The outlet contains a drive thru and it is surrounded by a spacious car park. The restaurant also has outdoor seating, as there are a number of picnic benches that are situated at the front of the store.

In August of 2002, it was announced that the company was planning on building a €1 million+ drive thru restaurant on the outskirts of Wexford. For years, the multinational fast food chain had been viewing possible sites around the town. The initial plan was to build a 3,000 square foot restaurant that contained 100 seats. At the time, it was estimated that up to 70 staff members would be employed at the premises. Although local councillors stated that they would prefer the chain to open in the town centre, most of them conceded that traffic congestion and the lack of parking spaces would make this difficult. Overall, the announcement that McDonald’s was planning to open a restaurant in Wexford was well-received, as its arrival was seen as a much-needed employment boost to the town.

Unfortunately, it would take another six years before the chain managed to open a restaurant in Wexford town. In March of 2009, local media reported that the company had commenced work at the site in Drinagh and that the restaurant was expected to be opened by September. It was stated that the exterior of the store would follow a new “folded roof” design (visible in the photograph above) and that 30-50 staff members would be hired.

A Google map showing the location of McDonald’s in Wexford: