The imposing round tower in Ferrycarrig, Wexford is often mistaken for a genuine Irish round tower. Most people are surprised when they discover that the tower was actually built back in 1857 as a monument to the Wexford men that lost their lives in the Crimea War. During the 1800s, Ireland was still under British rule, which meant that many Irish people served in the British army. In fact, at the time of the Crimea War, it is estimated that 30-35% of the British army consisted of Irish soldiers! 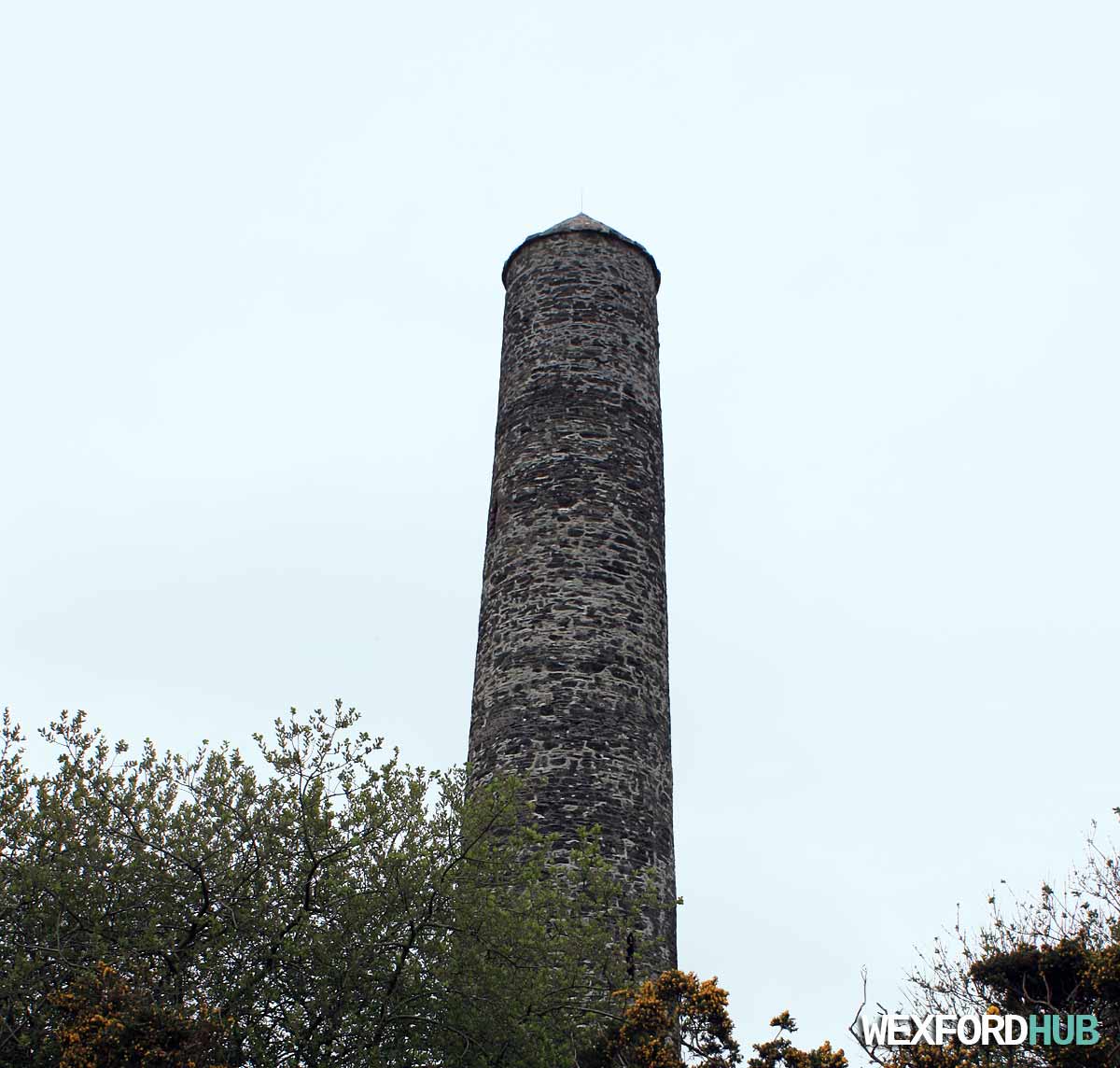 Pictured above: The round tower monument in Ferrycarrig, Wexford.

The Crimea War raged between 1853 and 1856, when an alliance of Britain, France and the Ottoman Empire went to war with Russia over religious differences and a fear of Russian expansionism. Out of the 250,000 British soldiers that were deployed to fight in the Crimea War, it is believed that over 30,000 of them were Irish. In his book Ireland and the Crimean War, historian David Murphy estimates that 7,000 Irish men lost their lives during the conflict.

Because the monument is an excellent recreation of an Irish round tower, many passersby presume that the structure was built during the medieval ages. The tower sits on an elevated position on the southern bank of the River Slaney, overlooking Roche’s Norman tower house on the opposite side. The round tower and its memorial plaque can be viewed up-close by visitors to the Irish National Heritage Park. The park, which is extremely popular amongst tourists, contains a number of different recreations of historic buildings.

Interestingly, there is a 19th century “time capsule” buried beneath the foundations of the tower. The capsule was placed at the site on the 8th of October, 1857, by the Earl of Carlisle and Lord Lieutenant of Ireland, George Howard. The capsule consists of a heavy casket, which holds coins, a parchment scroll, a list of those who contributed to the tower’s construction and a newspaper from the day that the capsule was buried. 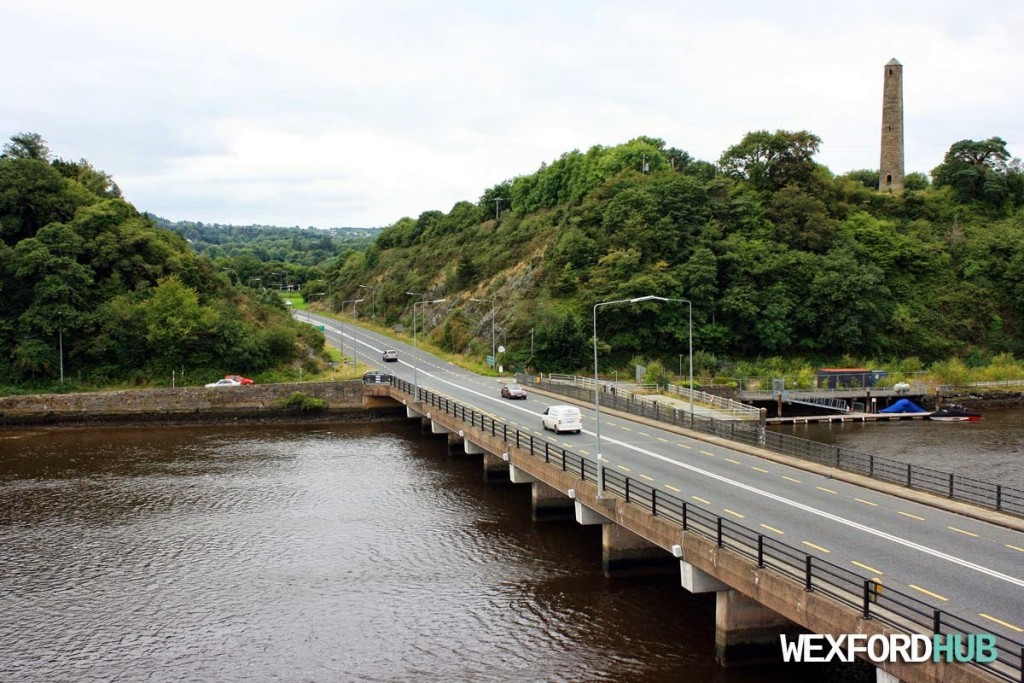 Pictured above: The Crimea War Monument sits upon the banks of the River Slaney, overlooking Ferrycarrig Bridge.

The memorial plaque on the tower reads as follows:

In memory of the officers, non-commissioned officers and men of County Wexford who lost their lives in the Crimea during the war with Russia 1854. 55.-56.

As you can see, typical Irish round towers were relatively tall and narrow. Although the purpose of these towers is sometimes disputed, most historians agree that they were probably used as bell towers and as places of refuge. In many history books and fictional tales of Ireland’s past, you’ll find stories of Christian clergy members using the tower to escape from Viking raiders.

Most of the towers that you will find in Ireland were built between the 800s and the 1100s. Like other round towers in Ireland, the memorial structure in Ferrycarrig has an elevated doorway, which could only be accessed via wooden steps or a ladder.

The tower in Wexford can be seen while driving across Ferrycarrig Bridge on the main N11 road between Wexford Town and Enniscorthy. As pointed out above, the tower can be accessed up-close by visitors to the Irish National Heritage Park.