The killing of Barbara Berry.

On Saturday, the 23rd of March, 1916, a traveller woman called Barbara Berry was fatally stabbed in the heart on Wexford’s Main Street. Mrs Berry, who was the mother of six children, passed away the following Monday as a result of shock and hemorrhaging.

Those that witnessed the incident claimed that Mrs Berry, who was from Stonebridge Lane, had gotten into an altercation with Anastatia Whitmore, a widow from Barrack Street. The argument had originally started on Bride Street, before spilling out onto the main street. 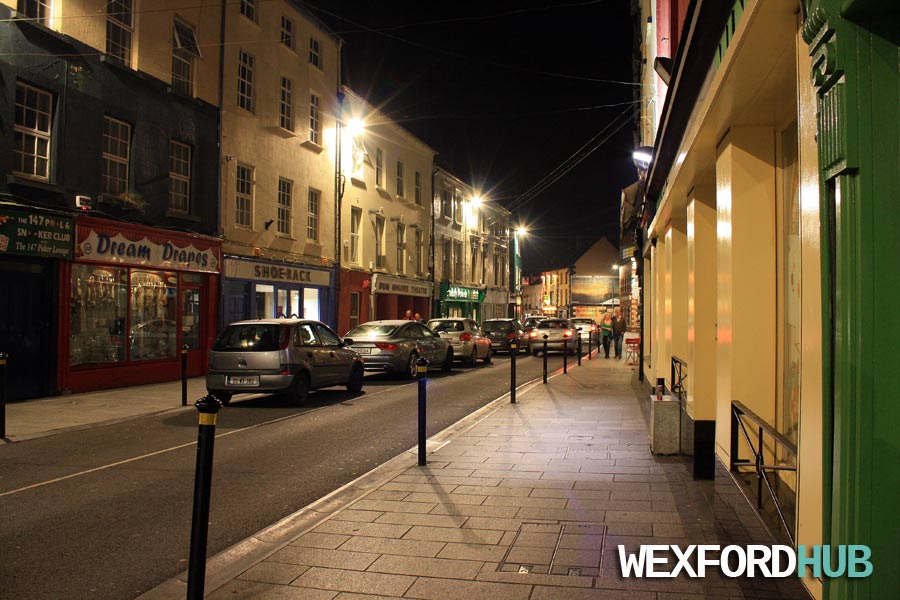 At some point during the argument, things turned violent, with one onlooker stating that she saw Mrs Whitmore smashing a mug over Barbara Berry’s head. Another witness told the inquest at Wexford Workhouse that Whitmore had run into a butcher’s shop so that she could snatch a knife from one of the counters.

After Whitmore had emerged from the butcher’s shop, a woman called Margaret Connors attempted to warn Mrs Berry by shouting “Mind the knife!” However, before anyone could intervene, Mrs Whitmore had caught up with Barbara and stabbed her twice in the left breast.

When Barbara Berry fell to the ground, Anastatia Whitmore dropped the knife and fled from the scene. Later, she was arrested on the outskirts of a crowd by a policeman called Sergeant Collopy.

Mrs. Berry was rushed to the workhouse infirmary by Dr. O’ Connor, who transported her in his motor car. Two days later, on Monday, the 25th of March, Barbara passed away.

While in custody, Mrs Whitmore admitted that an argument had broken out over meat and that she had stabbed Mrs Berry with a knife. Ms Whitmore stated that Barbara Berry had ‘tormented her’ and that she did not know what had happened. At one point, she claimed that she believed she was fighting in World War One: ‘I thought I was among the soldiers, and that all the Germans were down on me.’

Although Mrs Whitmore was originally charged with murder – a guilty plea to manslaughter was later accepted. For her crime, she was sentenced to 18 months in prison.