The murder of Garda Seamus Quaid.

In October of 1958, 21-year-old Garda recruit Seamus Quaid took up a post in County Wexford. The Limerick native, who had come from a family with a proud hurling tradition, wasted little time in getting involved with the Wexford senior hurling team. In fact – in 1960, Quaid was a part of the County Wexford team that defeated Tipperary in the All-Ireland Senior Hurling Championship Final.

On Monday, the 13th of October, 1980, a bank robbery occurred in the small market town of Callan in County Kilkenny. During the Troubles, Republican groups such as the Provisional IRA and the INLA raised finances for their campaigns by carrying out bank robberies in the Republic of Ireland. The IRA’s Southern Command main task during this period was to import arms and raise money via bank robberies and other means, such as protection rackets, counterfeiting, kidnapping for ransom and fuel laundering.

As a result of the bank robbery in Callan, County Kilkenny, Garda Seamus Quaid and his colleague Garda Donal Lyttleton were given the task of tracking the movements of a Wexford-based IRA man called Peter Rogers. If the IRA had carried out the robbery, then there was a good chance that Rogers may have been involved.

Eight years prior, in January of 1972, Peter Rogers and six other IRA men had managed to escape from the HMS Maidstone; a prison ship that was moored in Belfast, Northern Ireland. After his escape, Rogers fled to the Republic of Ireland before eventually settling in County Wexford. There, he remained active as a member of the Provisional IRA. He also married and had a son.

On the day of the bank robbery, Garda Seamus Quaid and Garda Donal Lyttleton spent the afternoon attempting to locate Rogers, who they both knew well. However, as the day wore on, Quaid and Lyttleton failed to find any trace of the IRA man or the vegetable van that he owned. Later that evening, after nightfall had arrived, the two men decided to suspend their search and return to the Wexford Garda Station.

However, as they were travelling back towards the station in Wexford Town, they came across a familiar sight. It was Peter Rogers’ van – parked on a dark back road in Cleariestown, close to Ballyconnick Quarry. Although Quaid and Lyttleton probably considered themselves lucky to have stumbled across the van; little did they know that Rogers was armed and that he was in the process of transporting a large amount of liquid explosives.

Unfortunately, because of their familiarity with Rogers, Garda Lyttleton decided to leave his weapon in the car. As they were in the process of searching Rogers’ vegetable van, the IRA man pulled out a gun; knowing that the discovery of explosives would surely lead to a lengthy prison sentence. During the ensuing gun battle, Garda Seamus Quaid was badly injured. Garda Donal Lyttleton, who managed to make it back to his vehicle, returned gunfire and escaped the scene so that he could raise the alarm about his wounded colleague. Rogers, who had been shot in the foot during the gunfight, fled to the house of a nearby neighbour.

Tragically, father-of-four Garda Seamus Quaid, who had arrived in Wexford 22 years prior, died on the scene as a result of his injuries. He was 42 years old.

The murder of Garda Seamus Quaid shocked County Wexford. During the subsequent manhunt, Peter Rogers was discovered hiding out in a neighbour’s house. After being found guilty of capital murder, Rogers was sentenced to death by hanging. Later, this death sentence was commuted to life in prison. 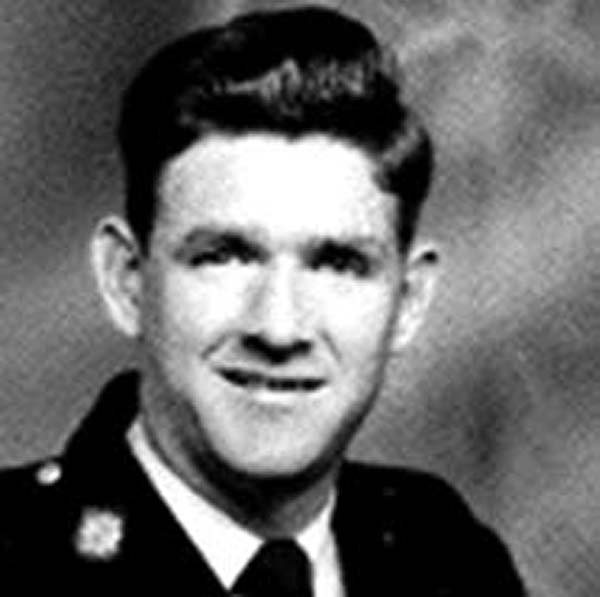 A photograph of Garda Seamus Quaid.

During his stay in Portlaoise prison, Peter Rogers officially left the republican movement. In 1998, he was released from prison under the terms of the Good Friday Agreement; a political development that allowed for the early release of prisoners that were jailed because of paramilitary activities (provided the paramilitary organisation in question maintained a continued ceasefire).

After his release from prison, Rogers sent the Quaid family an apology letter, which was subsequently rejected.

In 2014, Peter Rogers told the BBC that Sinn Féin leaders Gerry Adams and Martin McGuinness had ordered him to transport the explosives to Britain. Rogers also said that he was worried about how unstable the liquid explosives were and that he had raised these concerns with Adams and McGuinness during a meeting. According to Rogers, the response from Adams was ‘look Peter, we can’t replace that explosive, you will have to go with what you have and as soon as you can get it across, the better.’ A spokesperson for Sinn Féin denied Rogers’ claims, saying that there was no truth to the allegations.

– The disappearance of Fiona Sinnott.
– The murder of Rebecca French.