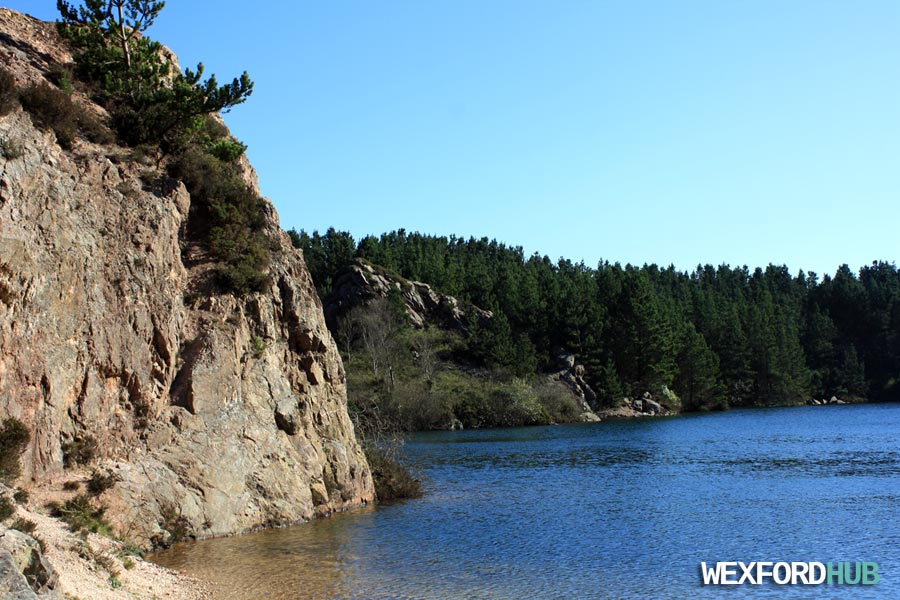 The Carrigfoyle quarry in Barntown, Wexford.

The disused Carrigfoyle quarry in Barntown, County Wexford, is a popular scenic spot amongst locals. Not only does its high altitude offer a breathtaking view of the countryside, it also contains a picturesque lake that is surrounded by a forest and towering cliff faces. The colour and texture of the surrounding rock, which is made up of siltstone and quartzite, gives the quarry area a distinctive “exotic” look.

In the past, the quarry produced quartzite aggregate, which is often used to strengthen composite materials such as concrete. While the quarry was in operation, processes would have been put in place to drain the area of water. However, after the quarry was abandoned, groundwater seeped in and rainwater began to pool, resulting in the formation of a spectacular man-made quarry lake. 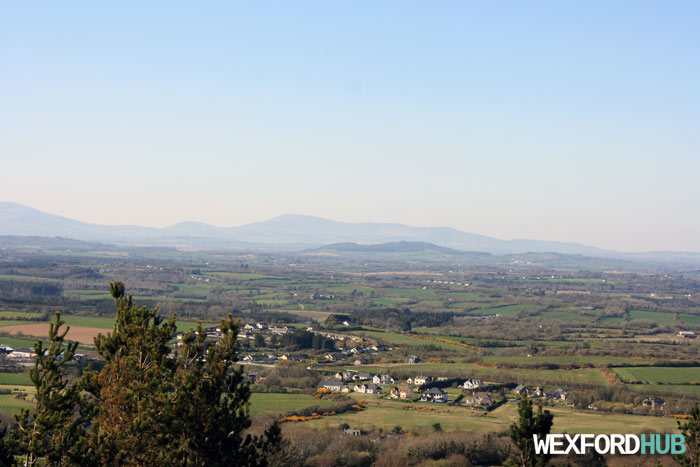 The Forth Mountain area provides a terrific view of County Wexford.

It is extremely important to note that the quarry can be a dangerous place if proper care is not taken. A warning sign at the entrance urges visitors not to bathe in the water, as quarry lakes can be deep and surprisingly cold. This “cold shock” can cause cramps and sudden fatigue in unsuspecting swimmers, as human muscles do not contract at the same intensity in colder conditions. This, coupled with presence of deep water and jagged rocks, can lead to tragedy.

Unfortunately, this has proven to be the case in the past. In 2012, local teenager Allen Murphy lost his life while he was swimming at the quarry. Allen, who was 18 years old, got into difficulties as he was swimming between the island and the shore of the lake. Allen’s death, which shocked the local community, was a tragic reminder that swimming in quarry lakes can be an extremely dangerous activity.

In the past, it was proposed that the Wexford County Council should erect a fence around the area. However, these proposals were considered to be unrealistic, as the size of the lake would make it difficult to maintain. You also have to factor in the public’s willingness to circumnavigate such a fence, as many feel that the quarry is a local landmark that should remain open to the general public. Because of the dangers that such a quarry can pose, the debate on how to ensure visitor safety will probably continue for many years to come. 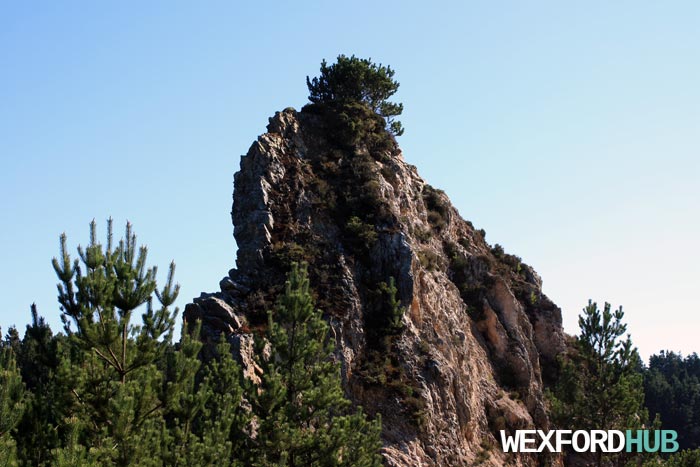 The rocks that surround the lake are made up of siltstone and quartzite.

Visitors should also be aware of the fact that quarries are notorious for their cliff edges and steep surfaces, which may become slippery during wet weather. To play it safe, visitors should stay on the walking trails and try to avoid the steeper surfaces.

Despite the extra care that must be taken, the quarry in Barntown remains a popular place for people to visit. Its spectacular panoramic view of the county and its scenic lake provide an alluring getaway for those in need of a peaceful stroll.

The entrance of the Carrigfoyle quarry in Barntown is located on the map below. Be sure to lower your speed on the smaller roads that surround the quarry, as the roads are often filled with dog walkers and children.