Carrigbyrne Hill is a beautiful and historic site that is situated close to the N25 national primary road, between the towns of Wexford and New Ross. 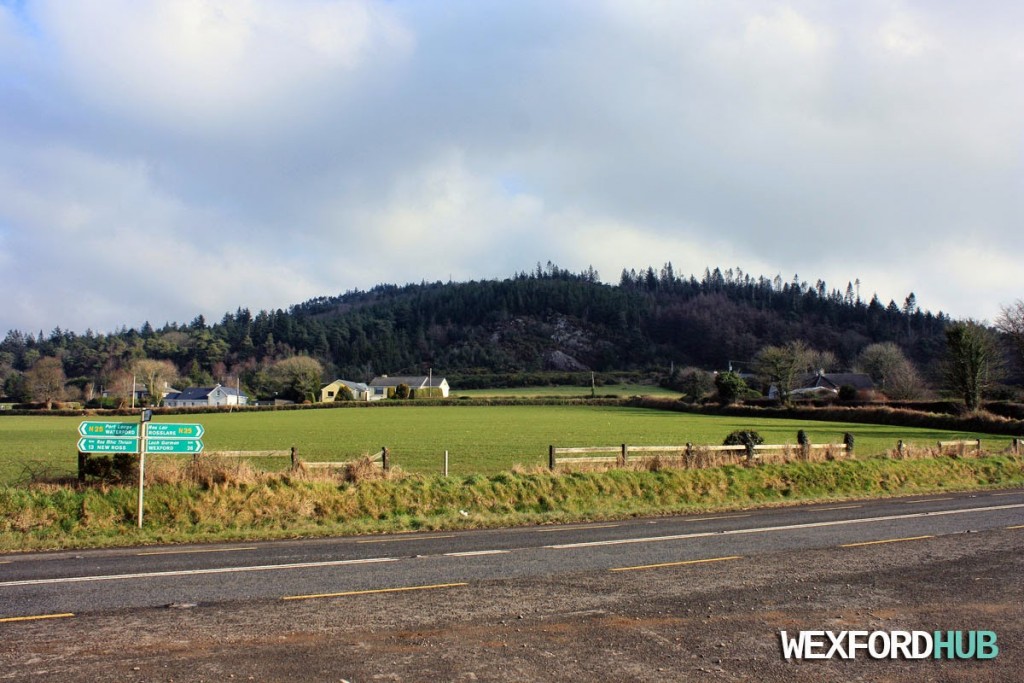 A photograph of Carrigbyrne Hill in County Wexford.

Carrigbyrne Hill and its surrounding coniferous forest are popular for a number of reasons:

During the 1798 Rebellion, the area around Carrigbyrne Hill was used as a camp by the United Irishmen, who were in the process of marching on New Ross. The insurgents, who had recently captured the town of Wexford, stopped and camped at an area called “Camp Field”, a day before the Battle of New Ross took place. The next day, in New Ross, over 2,000 Irish rebels were killed as the town’s garrison held out long enough for British reinforcements to arrive.

A commemorative stone at the site reads:

In this field, also known as The Oak Grove, the United Irish insurgents under the command of Beauchamp Bagenal Harvey assembled on the 4th of June 1798 to prepare for the Battle of New Ross.

A number of megalithic standing stones can be found on the hill. These mysterious stones (also referred to as “menhirs”) were constructed by prehistoric peoples that we know next-to-nothing about.

This article is a part of our section on Places to visit in Wexford.