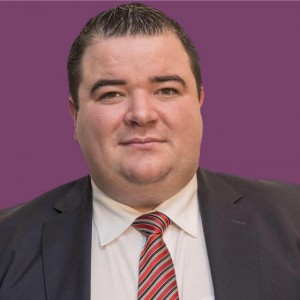 A photograph of Emmet Moloney.

Emmet Moloney is a Independent politician that contested the 2016 General Election in the Wexford constituency. Moloney, who is from Selskar in Wexford town, works as a manager at Eishtec, which is an outsourced contact centre that has offices in Waterford and Wexford.

At the end of 2015, Moloney announced that he would be contesting the 2016 General Election as an Independent candidate. Throughout his campaign, he expressed his concerns about the lack of mental health services in County Wexford. Moloney also made crime one of his main campaign points – stating his belief that front-line garda services should not be closed down or adversely affected by the state of the economy.

Unfortunately for Emmet, he was unsuccessful in his bid to win a seat in the 32nd Dáil, as he was eliminated after the first count, having received 476 (0.7%) first preference votes.

After his defeat, Moloney stated that he was overwhelmed by the support that he had received. He also vowed that it was merely the start of his political career and that he would continue to fight for the opening of a mental health facility in Wexford.