A collection of Wexford t-shirts that are available to buy online from Spreadshirt.ie. Note that Spreadshirt includes both VAT and the delivery price in the total price. Some of these products may serve as the perfect gift for your Wexfordian friends. 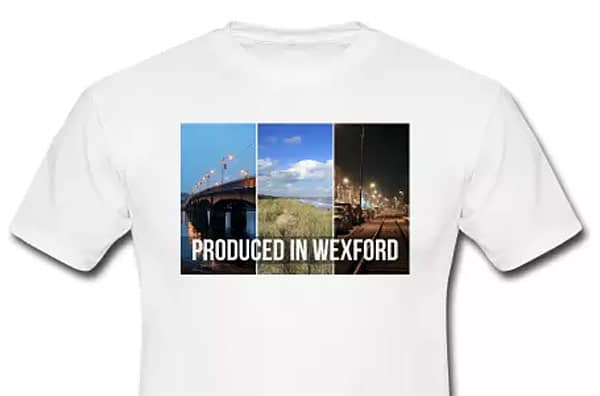 A men’s t-shirt that says “Produced In Wexford.” The design includes three photographs. Wexford Bridge during twilight, Curracloe beach during the Autumn season and Wexford quay-front and railway line at night. The colour of the t-shirt can be customised prior to ordering. Here is an example of the design in navy: 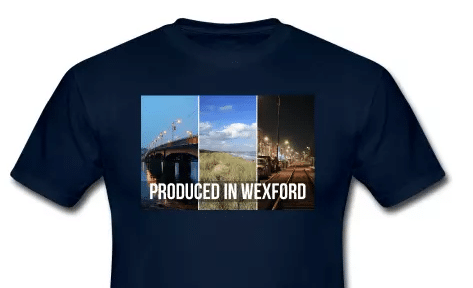 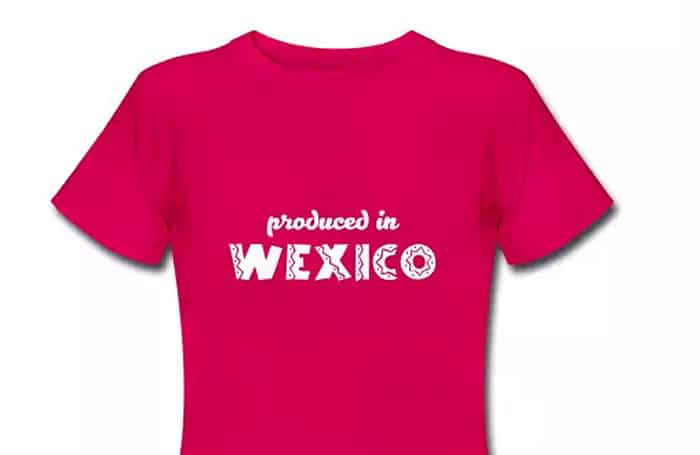 A women’s t-shirt that reads “Produced In Wexico.” “Wexico” is a nickname that is often used for County Wexford – as the county is situated in an area of Ireland that is known as the “Sunny South East”. If pink doesn’t suit you, then don’t worry, as the colour is customisable, with options available in black, navy, green and red. 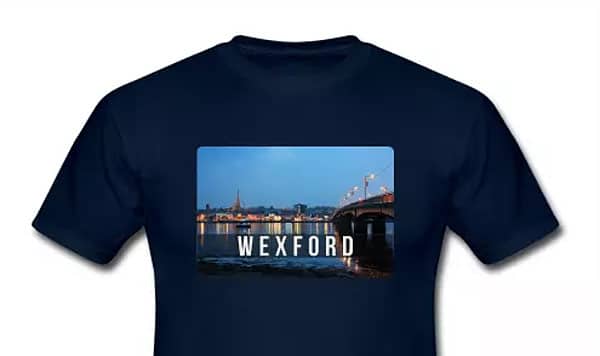 A simple men’s t-shirt of Wexford’s sleepy quay-front during twilight. In the distance, you can see Wexford Quay, as well as Rowe Street Church. To the right, you can see Wexford Bridge. The colour of this item is customizable, with options available in black, white, green, grey and red.
View 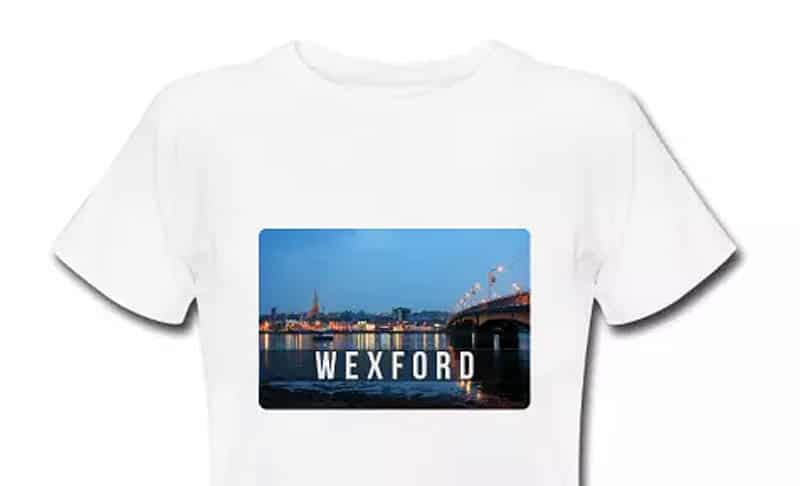 A women’s version of the t-shirt above. Also available in colours such as black, red, green and pink.
View 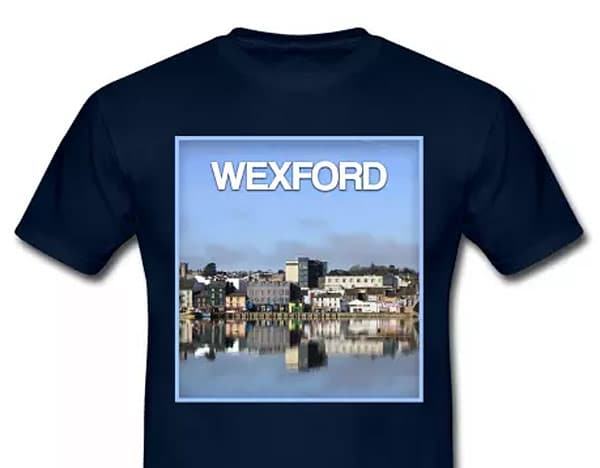 Wexford on a summer morning – with the water in the River Slaney displaying reflections the town’s iconic quay-front. The design itself has a light blue border and an inner shadow. The text “Wexford” is centered at the top.
View 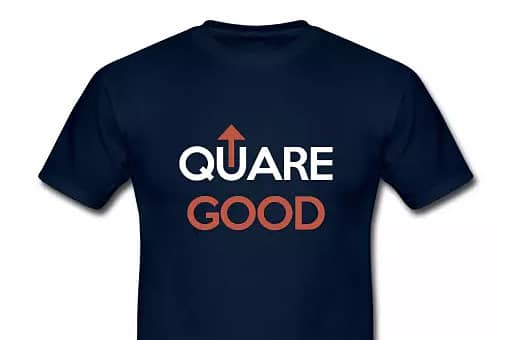 The word “quare” is a Wexford slang word that means “very”. It is often used whenever a Wexfordian wants to express how good something is. In this case, the design contains the phrase “Quare Good”, along with an arrow that is pointing up towards the wearer.
View 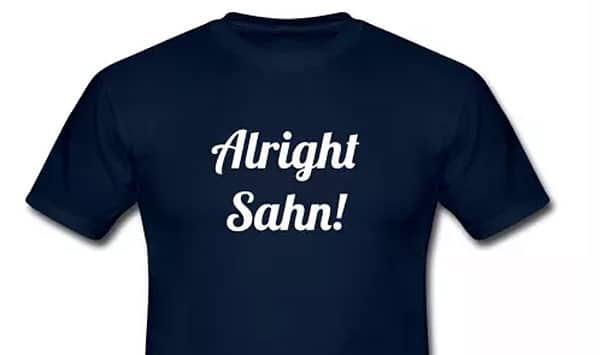 Another humourous Wexford slang t-shirt. In this case, it’s the immortal slang greeting “Alright Sahn”. In Wexford town in particular, it is common to hear the word “son” being pronounced as “sahn”.
View 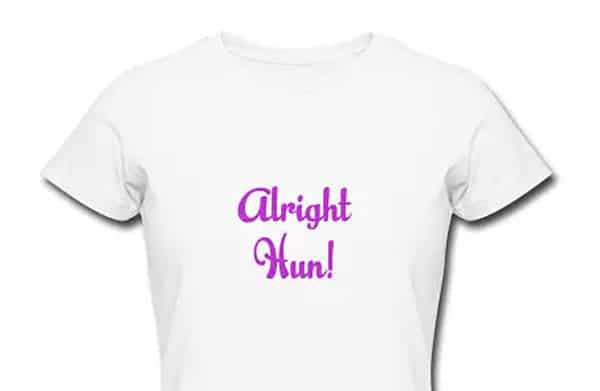 “Alright Hun!” is another slang greeting – this time on a women’s t-shirt. The greeting “hun” is common in many places throughout the world (the word is believed to be short for honey). However, in Wexford, it is pronounced with a strong U instead of an O.
View 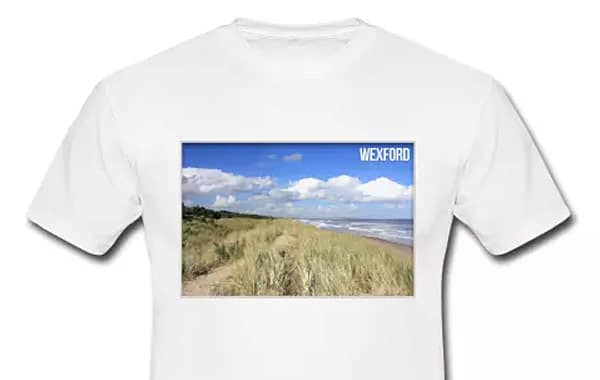 A photograph of Curracloe Beach in Co. Wexford. The photograph has been stylized to make it look like a painting. A border and an inner-shadow makes it stand out from the rest of the t-shirt. The photograph shows Curracloe Beach during the Autumn season – with its banks of marram grass running beside the soft-sand beach. Ravenwood forest is also visible to the left of the frame.
View 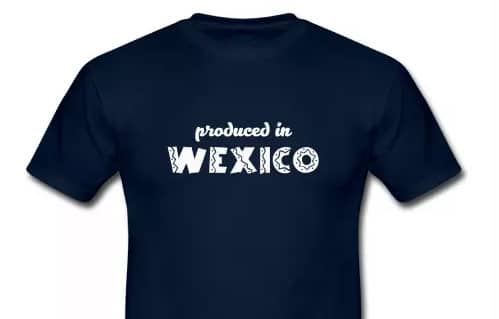 The male version of the “Produced In Wexico” t-shirt above.
View