A guide to Wexford slang.

Are you planning a trip to Wexford? Are you struggling to understand that Wexford guy in your college class? Is that new employee from the Model County speaking in strange tongues?

If the answer is yes to any of the questions above, then fear not, as you’ve come to the right place! Below, you will find a guide to Wexford’s most common slang words and phrases.

More often than not, this word is placed at the end of a statement or an opinion that is being expressed.

The word “Alright” means “Are you alright?” Note that “Alright” is slang for “Hi!” i.e. It is a rhetorical question that you do not need to answer.

People from Wexford Town will often use the word “son” when greeting one another. Examples include “How are you, son?” and “Alright son?” In cases like this, the word “son” is pronounced as “sahn” or “saaahn” (kind of like how Mr. Miyagi says the word “son” in Karate Kid). Funnily enough, Wexfordians will pronounce the word “son” correctly if they are not using it as a greeting. 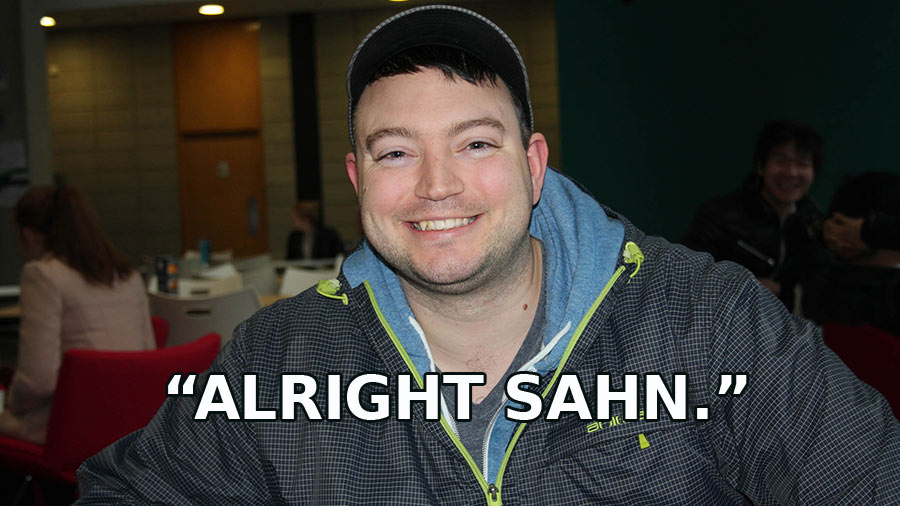 Note: This is an informal greeting that is often used between males that know one another. i.e. If you have a job interview in Wexford, you probably shouldn’t greet the interviewer by saying “Alright Sahn!”

The word “quare” is often used in lieu of the word “very”. Examples of its usage include “It’s quare warm out today” and “That curry was quare nice.” 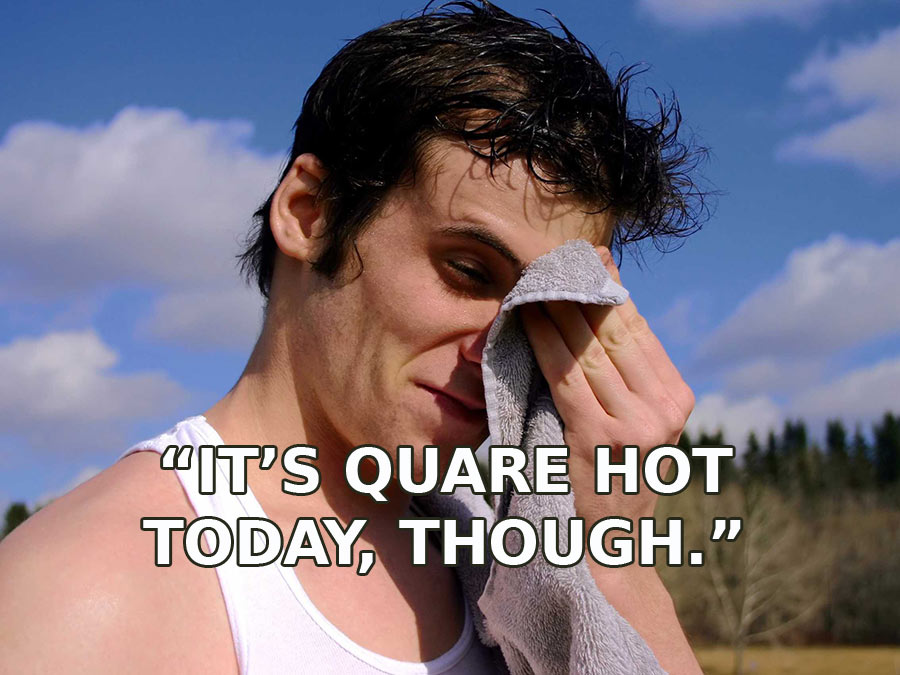 Interestingly enough, the word quare is one of the few remaining Yola words that exist today. Yola was a form of English that existed in the southern halve of County Wexford. The dialect, which evolved from Middle English, existed up until the middle of the 19th Century. In Yola, the word “quare” meant “very”.

Don’t be surprised if the woman behind the checkout calls you “hun”, as it is a pretty common greeting in Wexford. Examples include “How are you hun?” and “Salt and vinegar, hun?”

Note that this word has nothing to do with the nomadic tribe that called themselves the “Huns”.

Although the general consensus is that the word “hun” is short for “honey” or “hunny”, local historian Billy Colfer discovered that the word may have originated from Wexford’s Viking past. Back in 2005, Mr. Colfer told the Wexford Historical Society that he had found the word “hun” in a genealogical dictionary, which stated that it was of Norse origin and that it meant “young bear”. When used, the phrase basically meant “fine strong fellow!”

Maybe “hun” was the Viking equivalent of “Hey there, big fella!”

In Wexford, many people will use words such as “lethal” and “deadly” to describe things that they like (things that they think are very good). Examples include “That burger was some lethal, though” and “This TV show is quare deadly.”

It is worth pointing out that the word “lethal” is often pronounced as “leed-al” or “lee-al”.

“Lort” is basically just another way of pronouncing the word “Lord.” Typically, this word is used to express shock or surprise:

Note: This word may be another throwback to Wexford’s Viking heritage. Apparently, the word “lort” means “shit” in Danish (a language that is descended from Old Norse).

A greeting that is sometimes used instead of the word “sahn”. Example usage: “Alright skin!”

The word “some” is often used in place of the word “very”. Examples include “That movie was some good” and “It was some cold out last night.”

Ultimately, this means that Wexfordians may use either “some” or “quare” instead of the word “very”.

Wexford slang is some confusing, though.

This is a slang phrase that basically translates into “You must be very annoyed.” More often than not, it used in a teasing manner between friends. You can use this phrase if your friend loses €20 because of a last-minute goal or if your sibling accidentally drops their ice cream cone.

The slang phrase “Your One” is pronounced as “Your Wan”, and it is basically used to describe a female of any given age. Example: “Look at your wan over there” means “Look at the woman over there.” In many cases, Wexford people will also use the phrase “Young Wan” to describe any female that is younger than themselves.

In Wexford Town, the word “brother” is pronounced as if it has two D’s instead of a “th”:

When something is crap or below par, we Wexford people tend to call it “dirt” or “muck”. Examples:

So why do we use the words “dirt” and “muck” in this context?

Well, this may be yet another example of our Norse-Irish past lingering on. You see, the words “dirt” and “muck” originated from Old Norse, which was a language that was spoken by the Vikings – a group of Scandinavian seafarers that founded Wexford Town back in 800AD. The word dirt comes from the Old Norse word “drit”, which was specifically used to describe excrement or feces. The word muck is derived from the word “myki”, which was what the Vikings used to describe cow dung.