What if Twitter had existed during the 1798 rebellion in Wexford?

In the digital age, news is almost instantaneous. Tweets and Facebook statuses about a large event in Australia will reach the United States in a matter of seconds. Before you know it, every news outlet in the world is publishing articles about the incident; pushing it out to the millions of people that follow their social media profiles.

In the days before the Internet, radio and television, the front page of a daily newspaper was the closest thing to “breaking news” that the common man could get his hands on. In many cases, it took more than a few days for newspapers to receive information about what had actually happened.

This begs the question: What if certain historical events had occurred during a timeframe when social media was available? And what kind of effect would the near-instant news coverage have had on the outcome?

Let’s take a look at how the outbreak of the 1798 rebellion in Wexford might have been covered on Twitter. On the night of 26th of May, 1798, County Wexford rose up in insurrection – just days after a series of failed uprisings had occurred throughout Ireland: 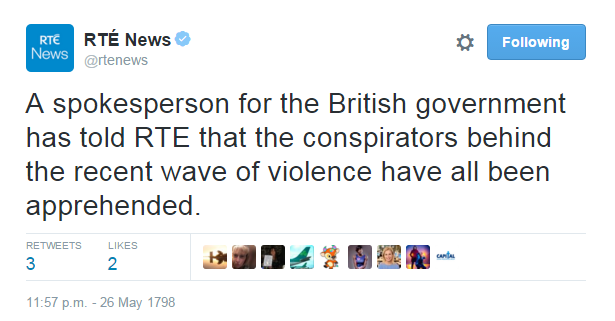 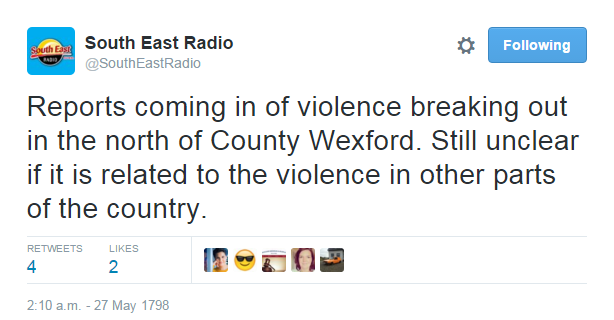 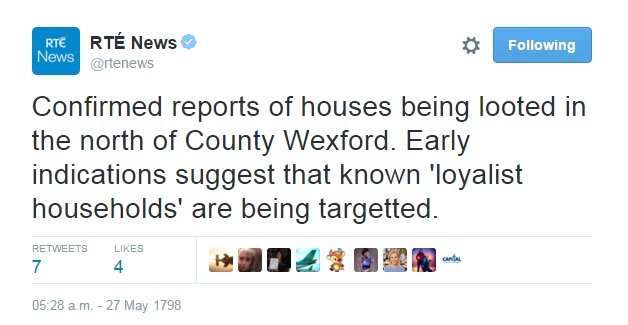 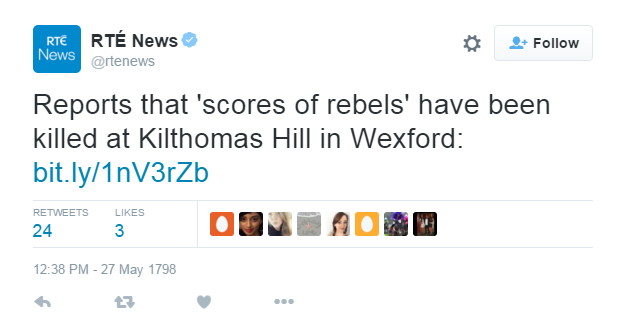 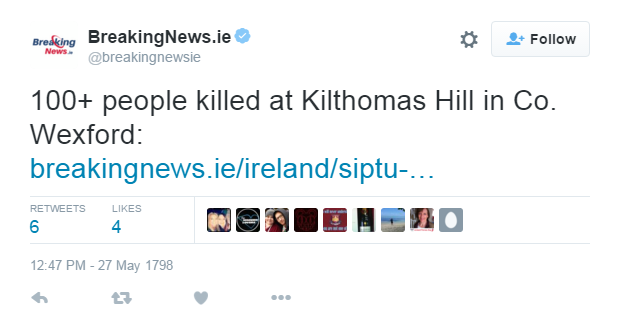 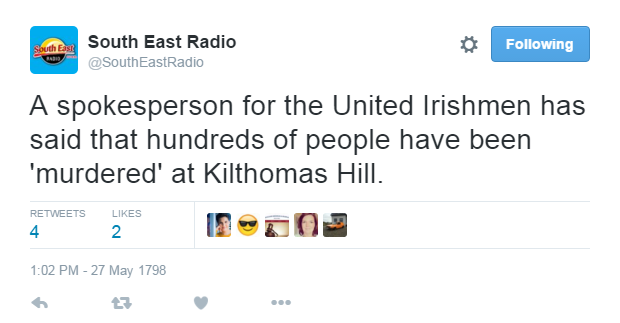 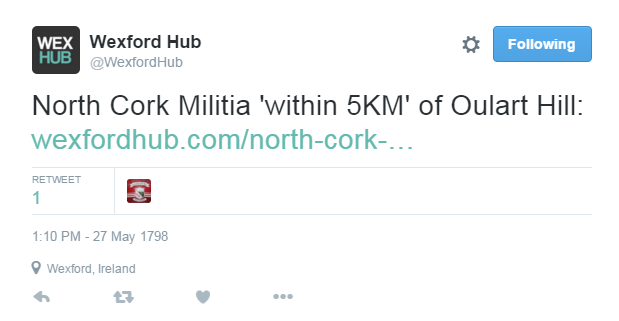 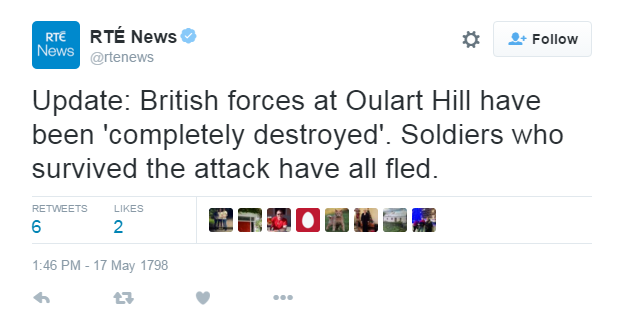 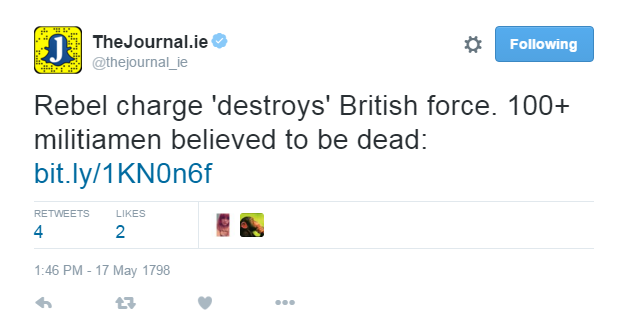 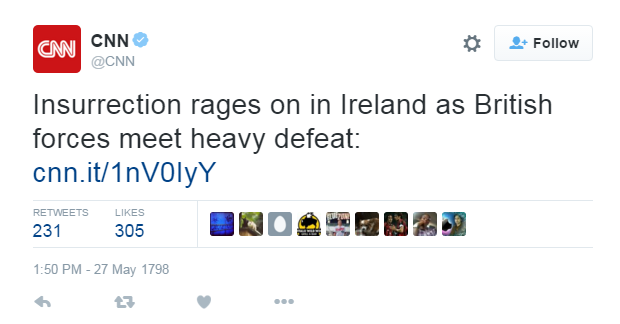 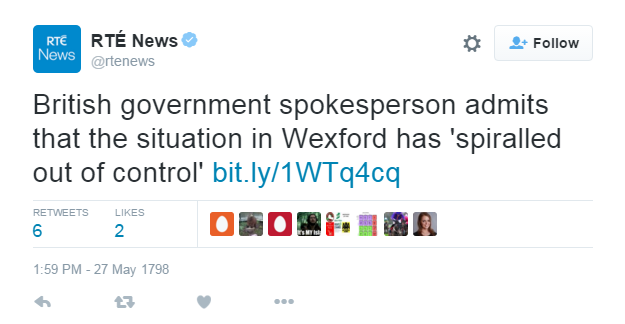 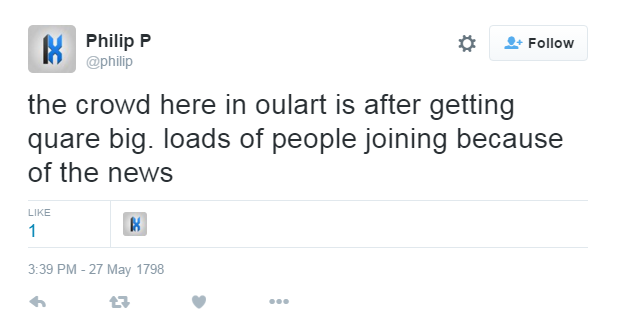 After the Battle of Oulart Hill, the United Irishmen grew in size. Although news of the victory was instantaneous in the fictional tweets above – in reality, it took days before anyone knew what had happened to the North Cork Militia. Over the coming days and weeks, the rebels went on to capture the garrison at Enniscorthy and the town of Wexford. By the time they had reached the outskirts of Wexford, their numbers had swelled to roughly 10,000 people.