Inside the abandoned corridors of St. Senan’s Psychiatric Hospital.

There’s an eerie feel to the abandoned corridors and rooms of St. Senan’s Psychiatric Hospital in Enniscorthy; an old red-brick building that was once known as “The Mental Hospital”. The building, which looms over Enniscorthy, was originally opened during the 1800s as the “Lunatic Asylum for the Insane Poor of Mind”.

UrbexJunkie, who is an Irish Urban Explorer and photographer of abandoned buildings, recently visited some of the abandoned sections of St. Senan’s. His interesting set of photographs show blandly-painted corridors that seem to stretch on forever and leftover physical aids that have been left untouched for years. 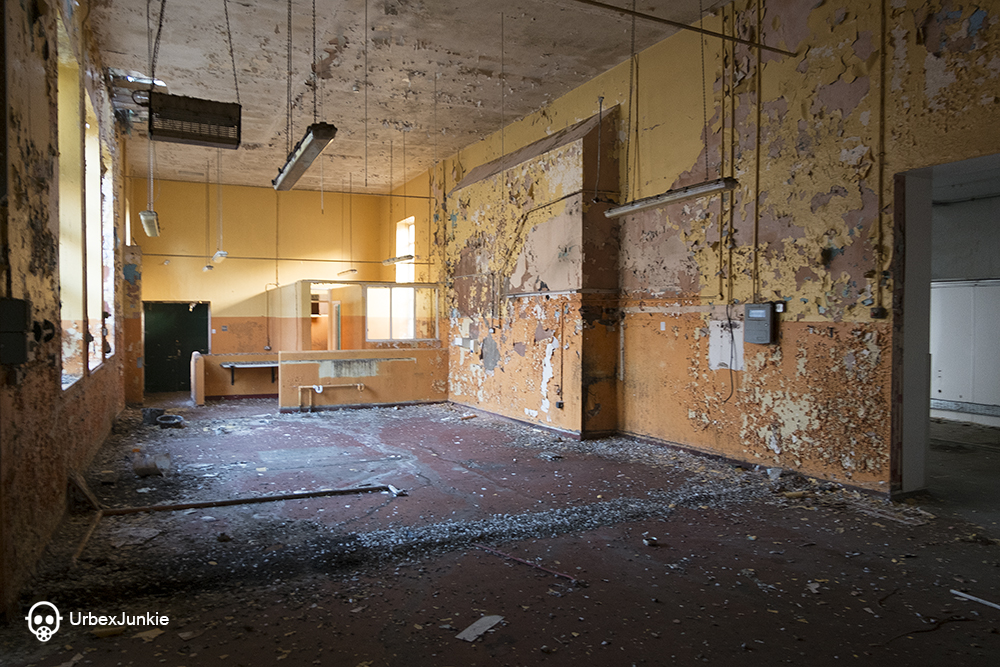 Above: The kitchen, which has been gutted. This is where patients at St. Senan’s would have eaten their meals. As you can see, the paint on the wall is peeling off and the floor has been blanketed with broken glass and bird excrement. 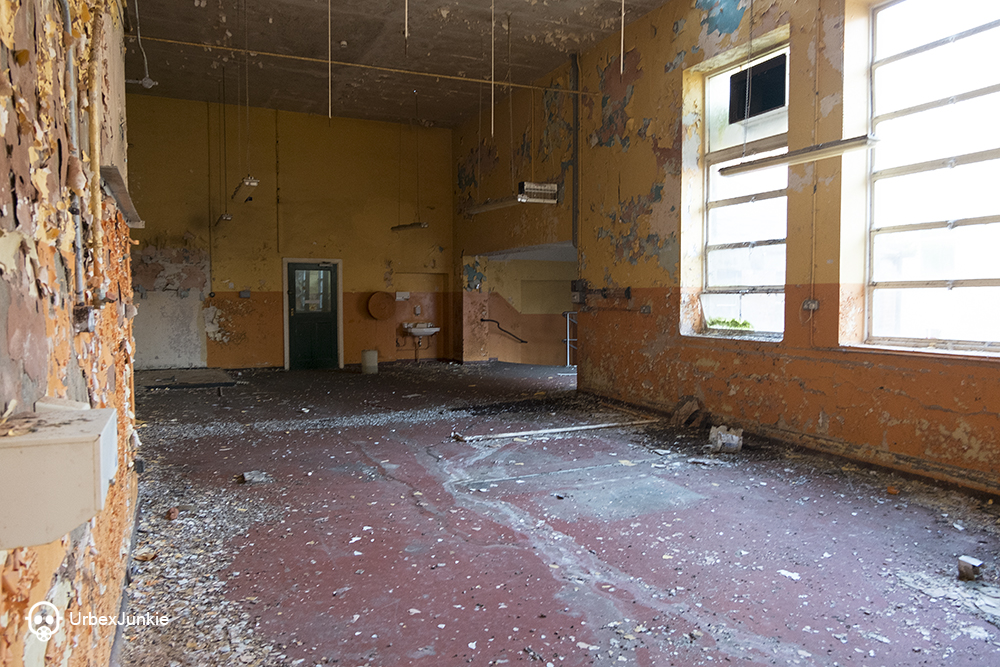 Above: A view from the other side of the kitchen. A sink remains attached to the wall in the distance. 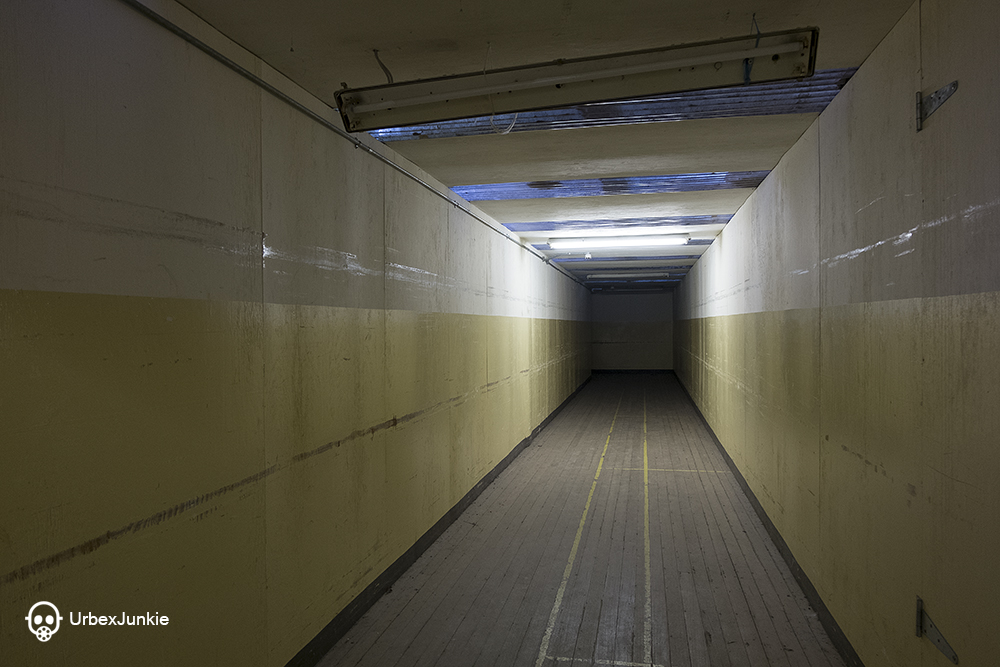 Above: An eerie-looking corridor. The light fading out at the end is similar to what you’d expect to see in a horror movie. 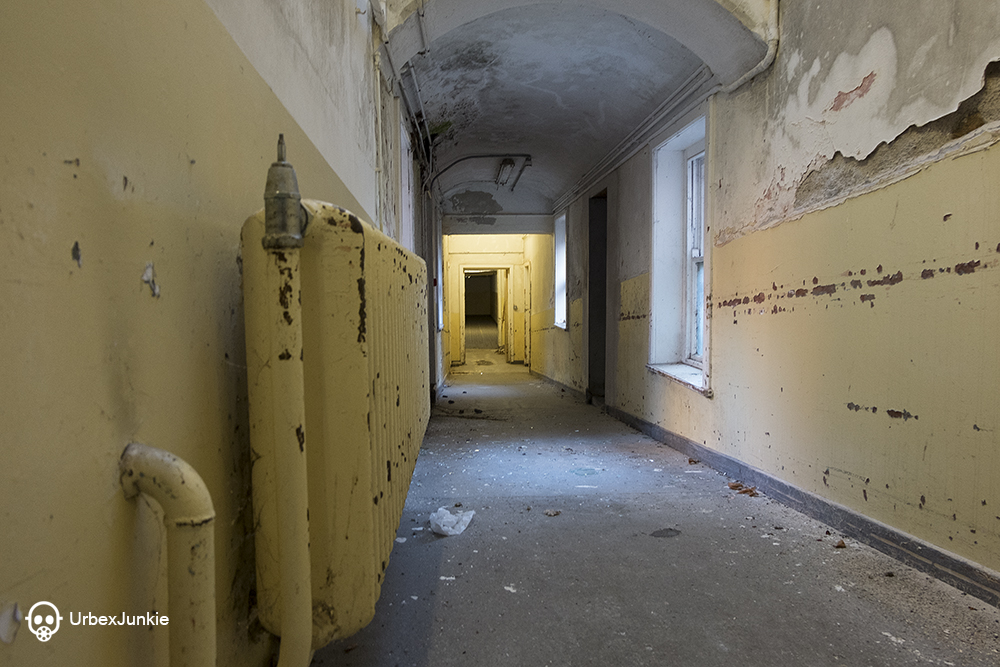 Above: Another corridor inside the asylum. 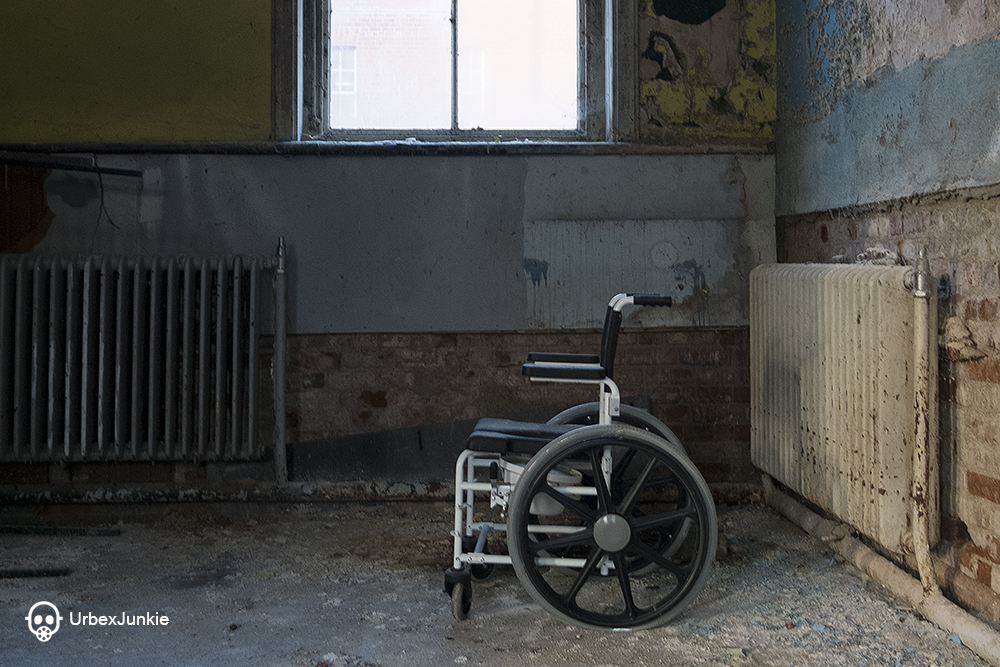 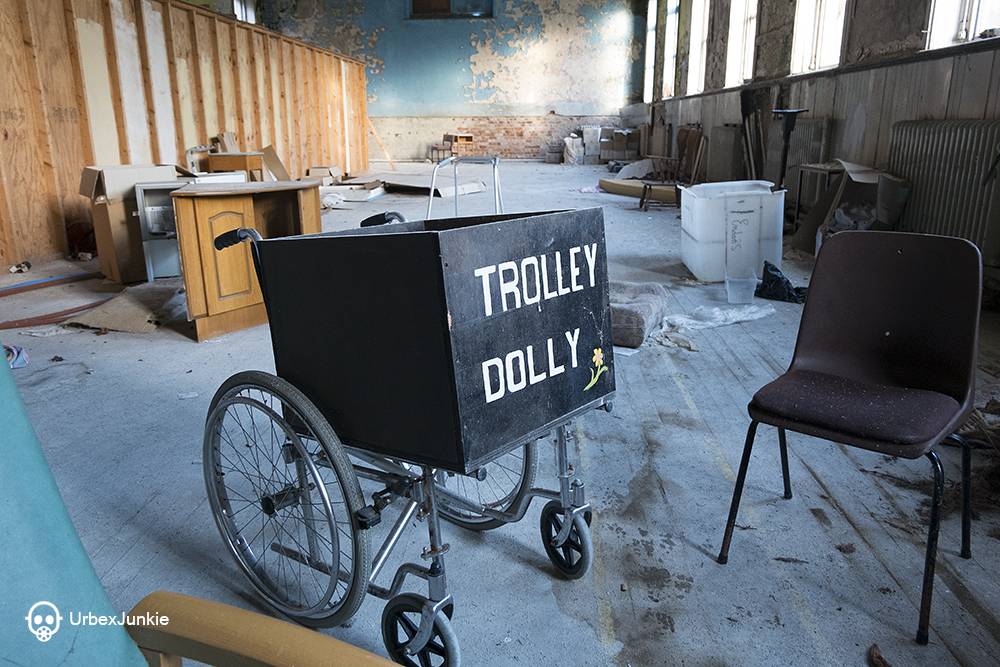 This room had been sealed off from the rest of the hospital. A “trolley dolly”, old desks and chairs remain scattered throughout. 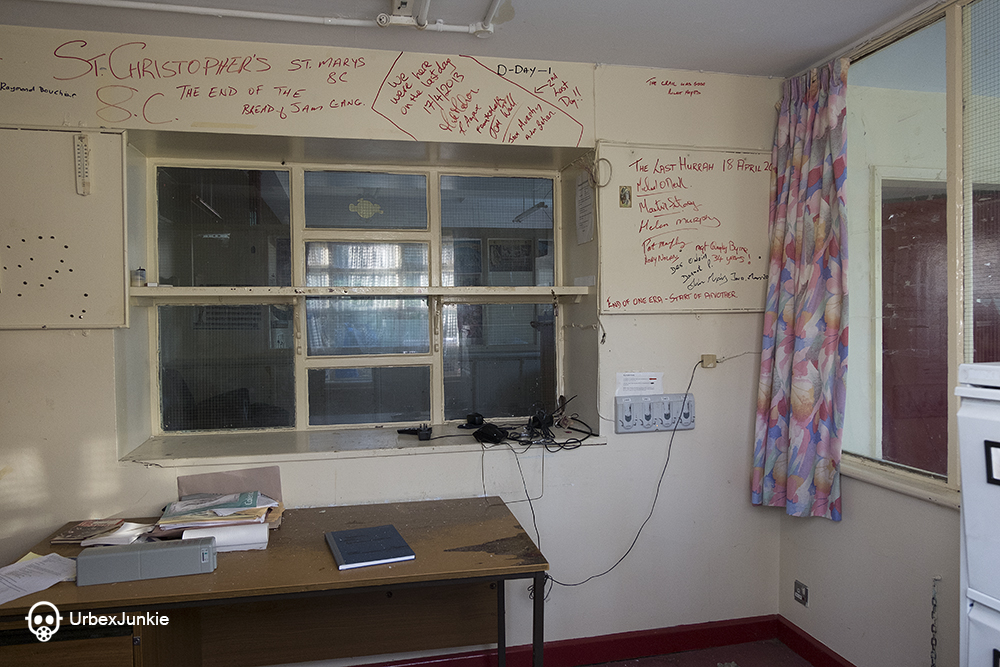 Above: An office wall that has red text scribbled on it – presumably written by the staff that were working here in the lead-up to its closure. Some of the text reads “We were here on the last day 17/4/2013” and “The end of the bread and jam gang.” Another piece of text reads “The last hurrah 18th April 2013” and “End of one era – start of another.”

Above: Moss is beginning to cover this broken window. 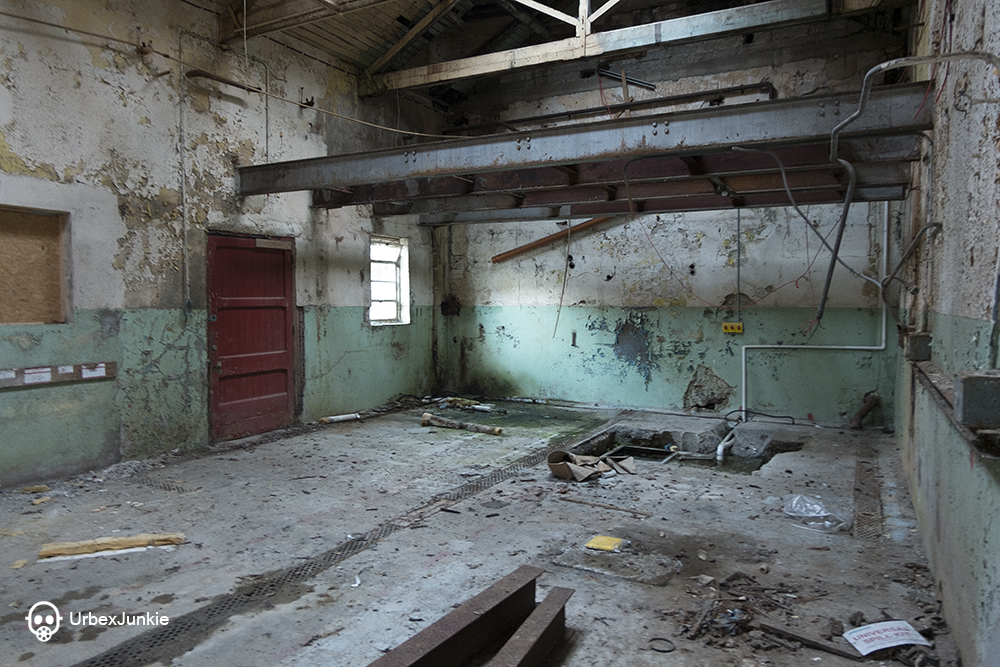 Another room inside the walls of St. Senan’s. Presumably, this was an extension of the kitchen, as UrbexJunkie noted the presence of an old grease trap. 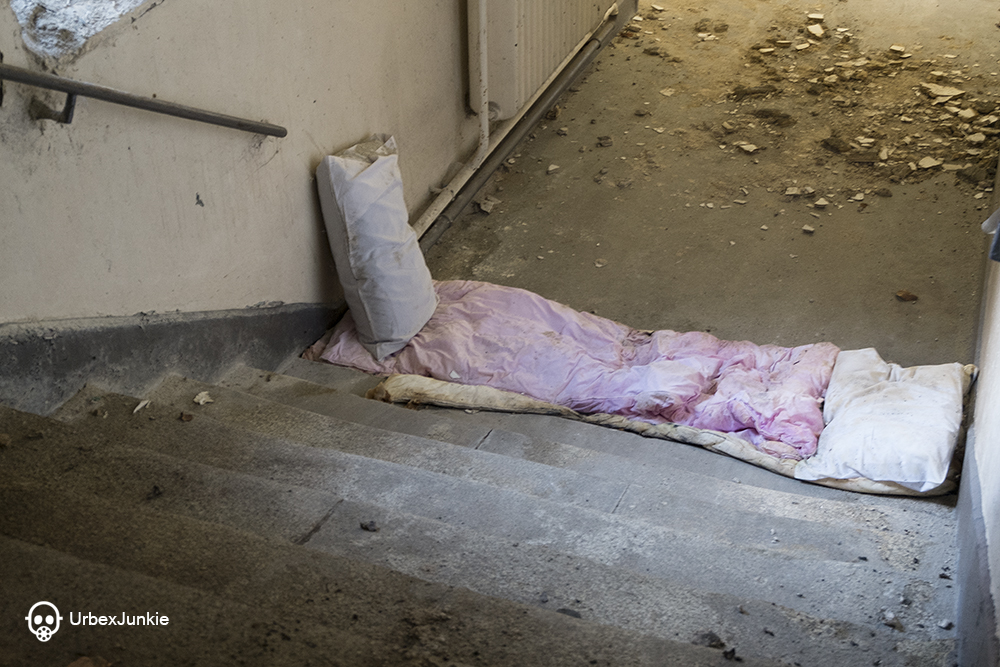 Above: A make-shift bed rests at the end of a flight of steps. Signs that somebody was recently living rough inside the old hospital. Update: Somebody has contacted us to tell us that these blankets may have been placed there to halt the water during heavy rainfall. 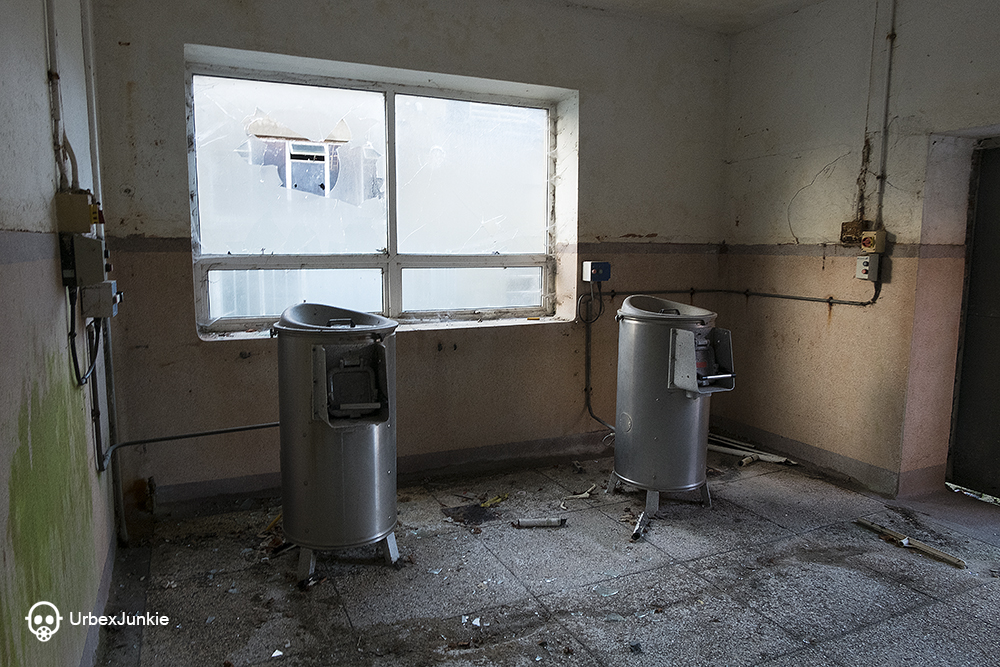 Above: Two unidentified machines. UrbexJunkie reckons that these machines could have been industrial clothes dryers. Update: Apparently, these machines are potato washers. 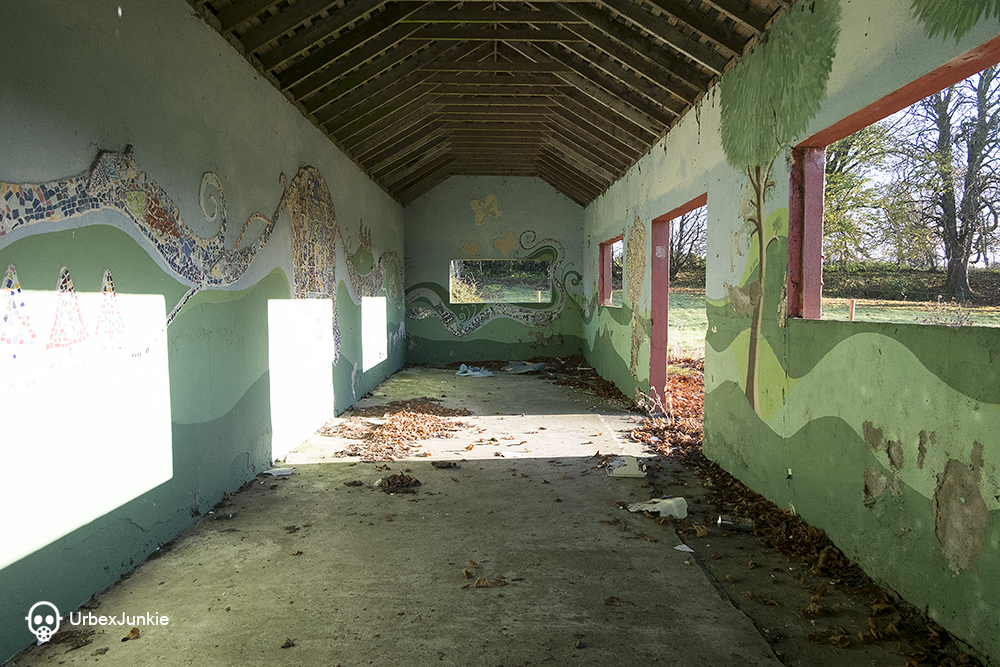 A colourfully-painted room that connects with the grounds around St. Senan’s. 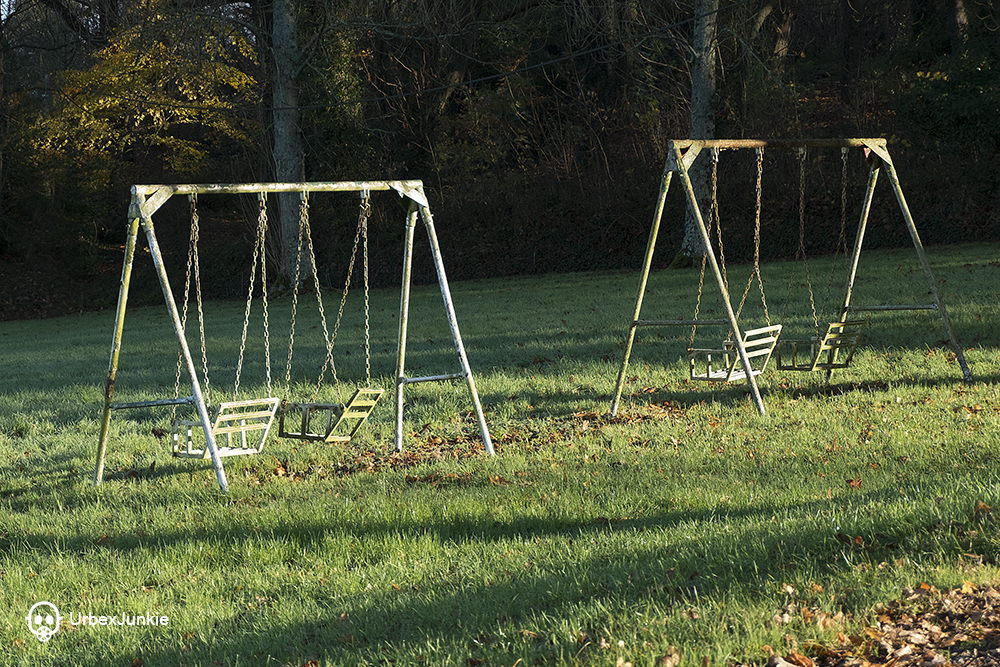 Above: The eerie sight of two rusted swing sets.