Birth-related statistics for County Wexford in the Republic of Ireland. All birth statistics were taken from the Central Statistics Office. 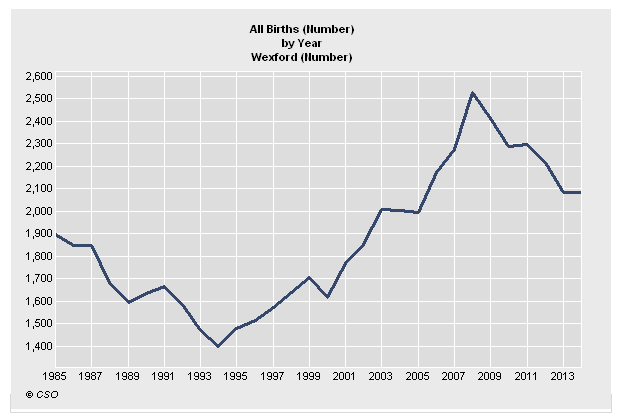 It is interesting to note that child births in County Wexford continued to rise during the Celtic Tiger; when the Irish economy was rapidly expanding. However, once the economic crisis appeared in 2008, the number of child births in Wexford began to drop.

If you compare the statistics with County Wicklow and County Kilkenny, then you can see that this was a common trend throughout the Irish economic downturn: 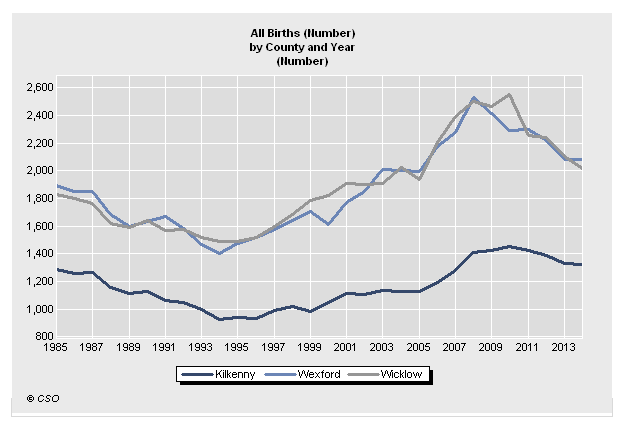 This drop in the child birth rate was probably caused by rising unemployment levels and cuts to social welfare and child benefit; as people decided to hold off on having children.

It also seems as though people held-off on having their first child, as the statistics for those giving birth for the first time show a similar trend: 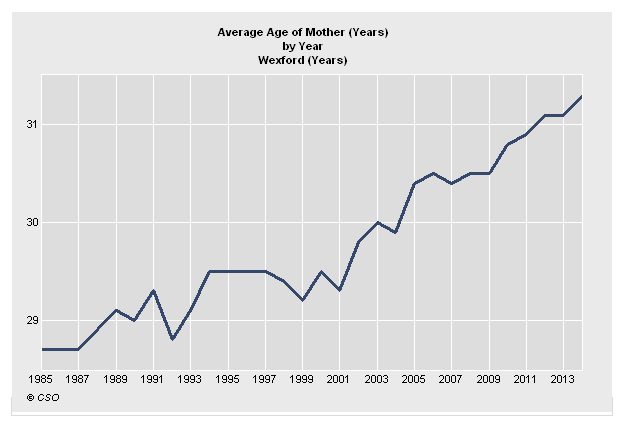 This “advanced maternal age” is common in many developed countries, as a number of educational, social and economic factors have caused women to “put off” having children until they’ve reached a later age.

It is also interesting to note that people’s perception of having children outside of marriage has been changing: 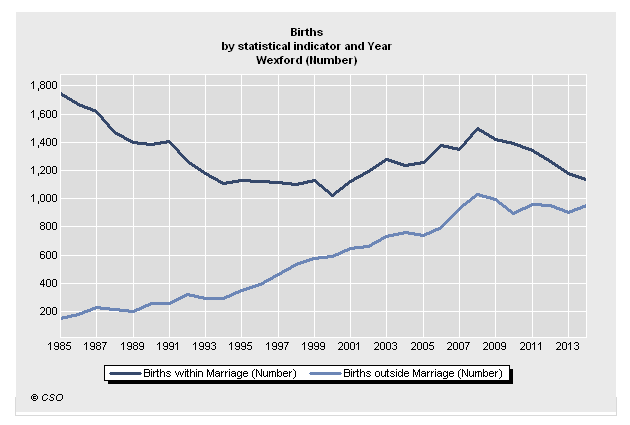