Schools in Enniscorthy, County Wexford, were forced to close today after heavy rainfall caused significant flooding in the region. 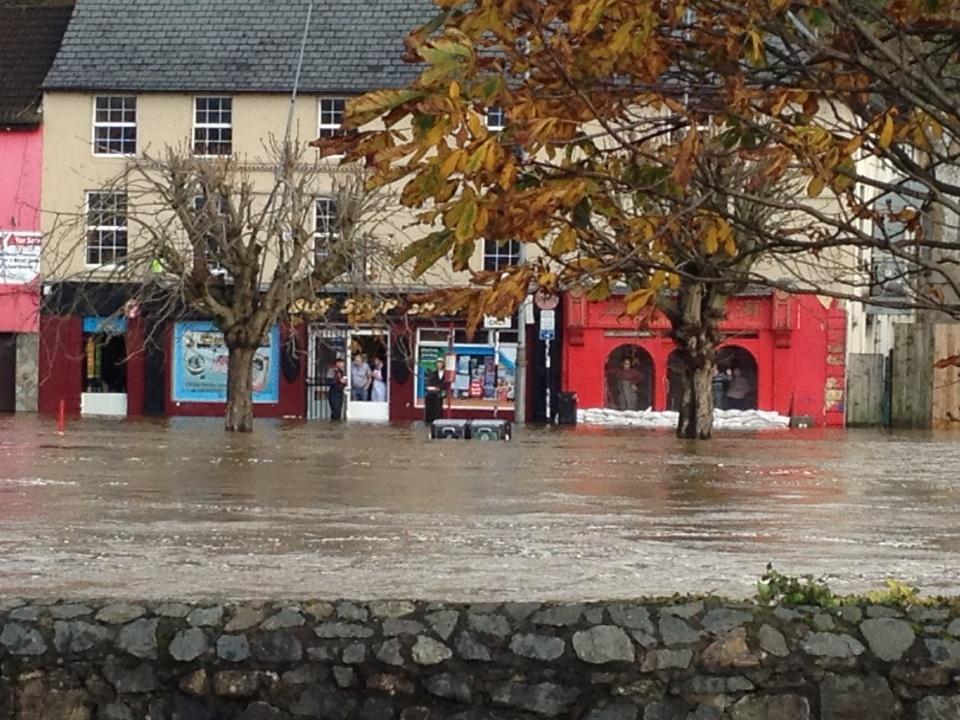 A picture of the floods in Enniscorthy, Co. Wexford.

To make matters even worse, Met Éireann has warned that further rainfall is expected tonight. The Irish National Meteorological Service has issued a yellow weather warning for this evening, as 20-30mm of rain looks set to fall in counties Wexford, Dublin, Wicklow and Waterford.

Throughout the day, pictures and videos of the flood in Enniscorthy continued to be posted on social media websites such as Facebook and Twitter:

“@damienrte: Slaney in Enniscorthy pic.twitter.com/eeke4ACSC4” Ireland is flooded, and its lovely

Enniscorthy this morning or is it Venice? pic.twitter.com/HJ4Dbgn8Zs

Slaney SAR boat at the Riverside Park Hotel, Enniscorthy this morning. No parking in the basement today! pic.twitter.com/aq6FKXGc3T

Enniscorthy is under water… High tide still to come pic.twitter.com/Rzb4bM8bnA

only a bit of flooding in Enniscorthy then pic.twitter.com/TMAscw8kFW

Video footage of the floods: