The Enniscorthy Bypass (officially know as the M11 Gorey to Enniscorthy PPP Scheme) is the name of an upcoming roadworks project that will allow motorists to bypass the town of Enniscorthy. It is hoped that the new bypass will ease traffic congestion in the town and reduce the amount of time that it takes to travel from Wexford to Dublin.

The interactive map below shows a rough guide of the route that the new bypass will take:

The black line to the east of Enniscorthy represents the new 27KM motorway. This part of the bypass will start roughly 2KM north of Oylegate; at a new roundabout called Scurlocksbush Roundabout. This roundabout will connect the N11 road that runs between Wexford Town and Enniscorthy with the section of the M11 that bypasses Clough. This new motorway will allow motorists to bypass the towns Enniscorthy, Ferns and Camolin. As a result, the time it takes to travel to Dublin could be reduced by 15-30 minutes (the difference will be more noticeable if you’re used to being held up by traffic delays in Enniscorthy). 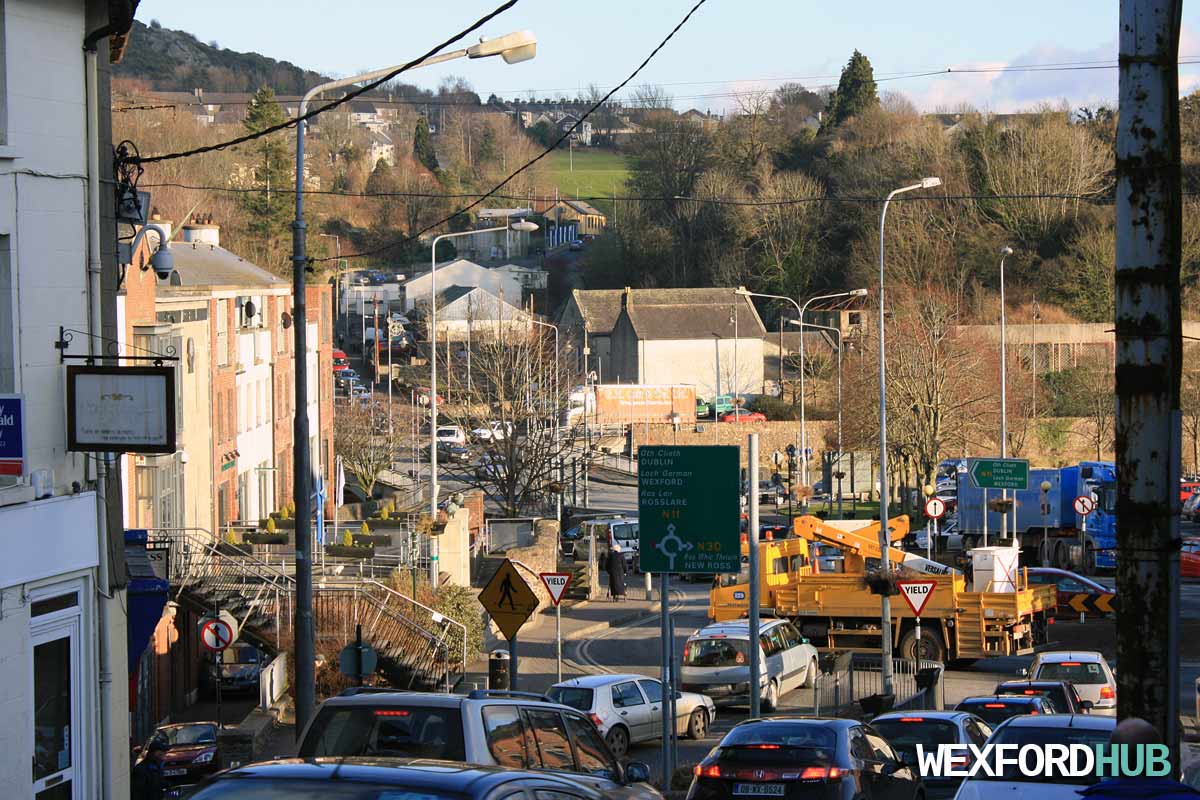 Photographed above: Traffic congestion affecting the centre of Enniscorthy on a busy Friday evening.

Facts about the Enniscorthy Bypass: